In the world of V Rising, you need to survive and thrive by drinking on the blood of the living. And assuming that you have already laid your hands on the game, you must have noticed how your stats change all of a sudden, every time you drink blood from a different creature. Well, this is because V Rising has different blood types, each having its own effects and quality. And since you have joined the world too, you will have to depend on these different blood types on many occasions depending on the situation demands.

The blood type may differ from character to character, or if you drink the blood of an animal from the  Farbane Woods, you will gradually obtain its unique abilities. Each blood type boosts different stats of the character which indeed benefits them in various ways. In this V Rising: Types of Blood and Blood Quality guide, we will talk about all the blood types and their qualities in detail. So, to know more about it, make sure you read it till the end. 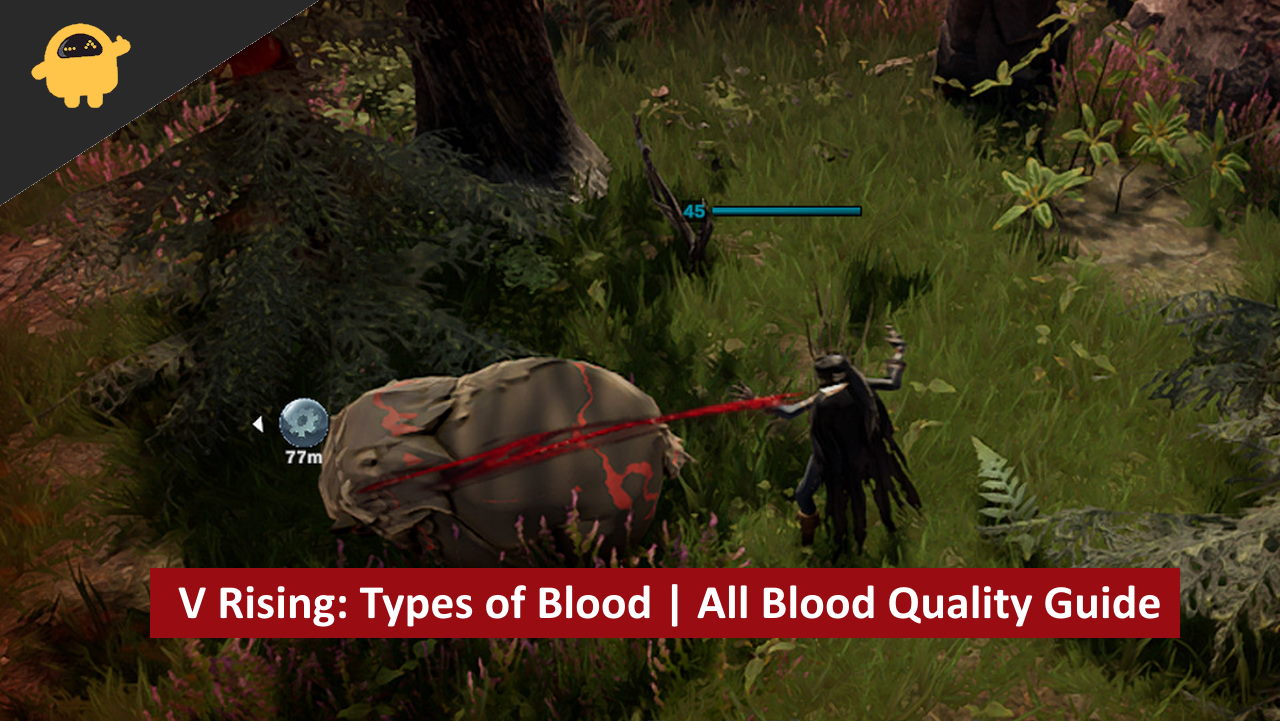 To begin with, V Rising brings 7 different blood types, each having its own unique quality. These blood qualities will eventually come in handy as they increase your effectiveness in various battles. Here is a detailed guide on all the blood types and blood quality in Vardoran you will ever need to know.

You will need the Brute blood type every time you were to go on a fight if it measures fighting against higher rank enemies. This one can be found quite easily in most humans typically soldiers and bandits. And as you will find them in every corner of Vardoran, it won’t be hard for you to look for them. The Brute blood type basically enhances your health and damage making you perfectly ready for any type of combat.

The various effects of this blood type in the different stages are as follows:

Rogue is a similar blood type to Brute that can be found in humans again. This blood type incredibly enhances your combat skills. It makes you faster in combat and also increases your critical hit chance. The effects of the Rogue blood type are listed below:

This will be the common blood type you will collect at the early start of the game. The creature’s blood type could be found in the animals in the world of Vardoran. As for the blood type, it helps you to survive and explore the map of Vardoran. Here are the various effects your get in the different stages of the Creature blood type:

This blood type can be found in priests and other enemies who wield magical powers. A few places to look into are the Dunley Farmlands and Silverlight Hills. You should mostly explore the northern part of the map to keep finding prey with magical abilities.

The effects of the Scholar blood type in its different stages are as follows:

Next, we have the Warrior blood type that basically deals in damage. First of all, it lets you deal massive damage with your weapons on your enemies. Moreover, it also reduces damage from enemy weapons and further reduces cooldowns on your weapon skills allowing you to deal greater damage. Once again, this blood type is quite common in humans like bandits, guards, etc. Besides, its effects at the different stages are as follows:

This is the best blood type that you will require at the time of resource gathering. The worker’s blood type has nothing special that might boost your damage or defense or other combat abilities. Instead, it focuses on resource yielding and other such skills.

You can find the Worker blood type mostly in the NPCs that are not actually hostile. You can look for them in the different villages in Dunley Farmlands and Silverlight Hills. The effects of this blood type are as follows:

Frailed is the default blood type in V Rising. From the very first moment you woke up as a vampire, you will be born with this blood type. However, since it has no associated benefits, you will need to hunt prey with a different blood type to change yours as soon as possible.

Coming to blood quality in V Rising, it is the percentage located next to the blood type that basically tells about the health of the enemy. The blood quality percentage at the different stages are as follows:

However, enemies with a 100% blood quality percentage are very rare in V Rising. As a result, you might have to keep feeding for a while until you can find one of these rare enemies.

Finally, that was all about the various blood types and blood quality in V Rising. As you reach the upper tiers, you will experience drastic boosts in your blood type skills. Each blood type has its own perks and that is what makes them unique. So, as long as you go with the blood types that suit your situation, you should be able to tackle any difficulty with ease.