Xenoblade Chronicles has many quests for players to run, and one of them is the Giants Key Quest. It is a part of a quest chain that involves the Exile Fortress and Nopon merchants. All along the way, players will have to face off against some unique high-level monsters that will eventually lead to bagging some valuable rewards.

However, navigating through Satorl Marsh isn’t exactly easy for players, even after improvements from the Definitive Edition maps. After going through this guide, players will know where to find the Giants Key along with the schematics to successfully defeating the Deluded Ignas. So let’s begin! 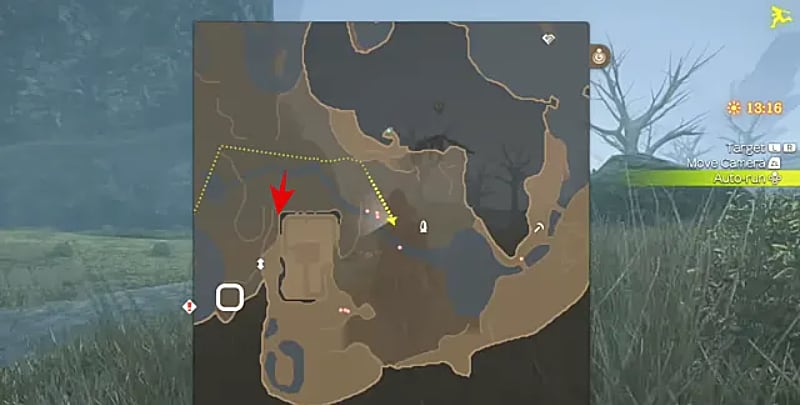 Once players arrive at the location from the map above, towards the Western side of Satorl Marsh, they would have successfully rescued Kacha from the Exile Fortress, thereby triggering the Giants Key Quest. The next step involves locating the Deluded Ignas Kacha that protects the Giants Key.

Players are advised to keep their maps enlarged for better play by hitting the left stick. From here, players need to go between the incline from the map and the Northwest corner of the Fortress. It is shown as the red arrow in the map image above. Then proceed on the path until it takes players to a small cave. On the other side of the cave, players can find the Deluded Ignas.

It is important for players to know that each Deluded Ignas begins at Level 25, and they should be on at least Level 27 or higher before facing off against them. This is crucial, as to the end, they will have to face off against the unique monster at Level 31 – Reckless Godwin inside the thrown room as a part of the Giants Key quest.

Players will have greater control from debuffs by using Durban. Sharla is necessary for providing buffs, along with healing. Having Melia is also important for attacking, healing, and buffs too.

Once players have tough off the Delude Ignas, they need to head over to the left-most tree to the quest marker. This is where to find the Giants Key.

The Giants Key opens a door that is at the Wall of Sin, located behind the throne in the Exile Fortress throneroom.

Players can try to entirely avoid the Reckless Godwin by creeping around it or go head-to-head with it. Regardless, always keep a close eye on the wall as it will take the players on a path to the roof.

Once players are at the roof, they must examine the alter and head back to Kacha to complete the quest. This will earn rewards for the player along with the next leg in the quest chain.

That’s all players need to know on how to Complete Giants Key Quest in Xenoblade Chronicles. We hope this guide helps. If there are any queries or feedback, feel free to comment down with your name and e-mail ID. You can check out our other guides on PC tips and tricks, Games, iPhone Tips and Tricks, and Android Tips and Tricks for more such. You can subscribe to our YouTube Channel to participate in our $150 giveaway contest.