Water Resistance has become one of the essential features of a smartphone. As the world evolves, technology has also evolved to great heights. Today, Smartphones can survive a dunk in a pool and can be used inside the pool too! Every waterproof smartphone doesn’t have the same degree of resistance against water. Some have less, and some have more; we will discuss how to measure the resistance further in the article. Let’s talk about the Xiaomi 12, 12X, and 12Pro water resistivity and the degree of resistance these smartphones have against water.

Imagine you are out on an adventure with your homies, and you all are in a chill mode and suddenly see a fantastic waterfall. Fast-forward, You all decide to bathe in the waterfall, but you can’t take pictures because your phone isn’t waterproof. You won’t be able to use it again if you use it in the waterfall. But this isn’t the case when it comes to waterproof smartphones, as they can survive a dunk in water. Today we will see whether you can do the same with your Xiaomi 12, 12X, and 12 Pro series smartphone. 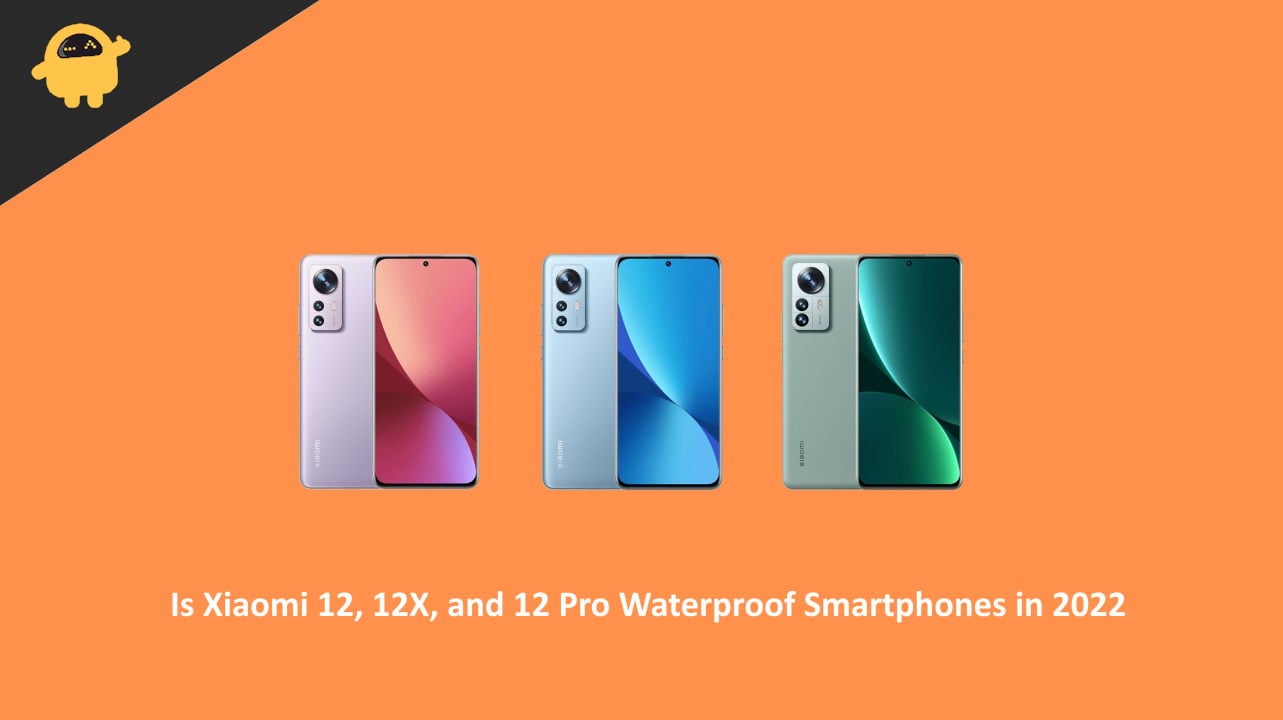 How is the degree of resistance of a smartphone measured?

The degree of resistance of a smartphone is measured with the help of an IP rating — Ingress protection ratings or IP ratings refer to the level of protection offered by an electrical enclosure against solids and liquids. it was established by the International Electromechanical Commission (IEC), a worldwide organization for standardization

If a smartphone has an IP67 or IP68 rating, it is considered a waterproof smartphone. As we discussed, these types of phones resist water entirely and can survive a dunk in the pool. You might notice that some smartphones don’t have an IP rating, and that’s because it costs money to get tested. No worries, you can find many people on YouTube testing the degree of resistance of smartphones and rating it accordingly. 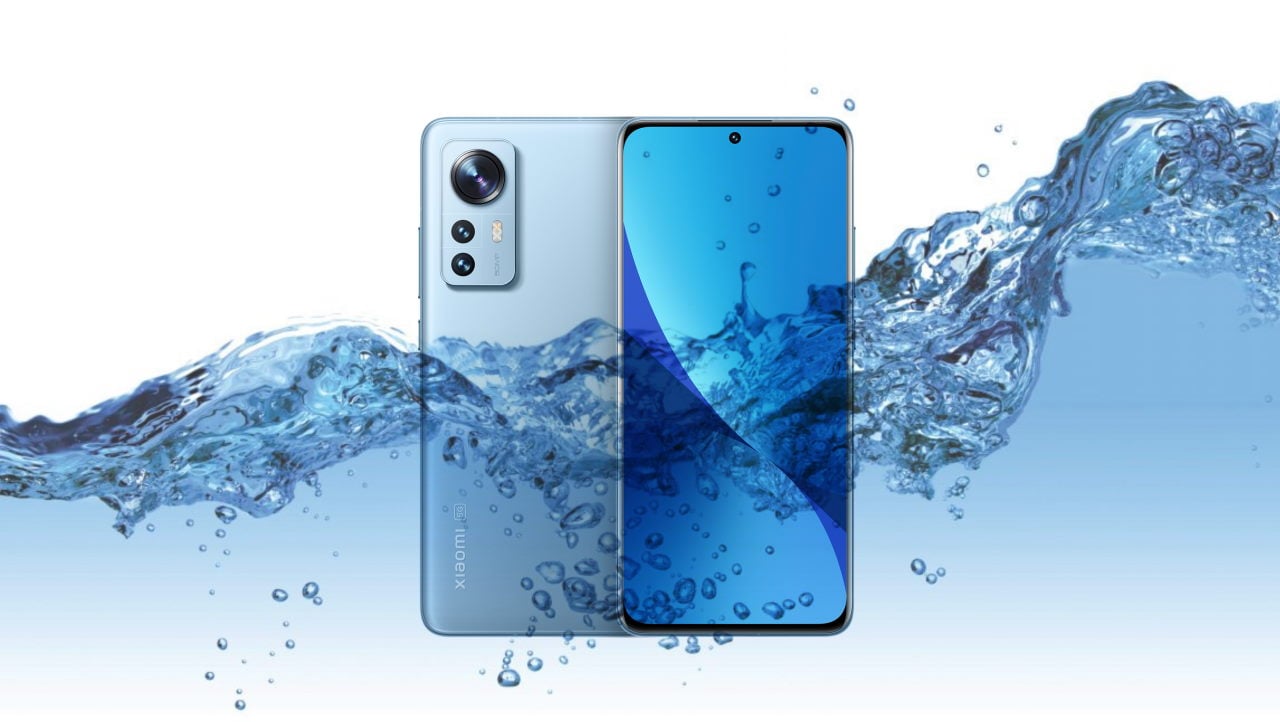 Xiaomi 12 is powered by the Qualcomm SM8450 Snapdragon 8 Gen1 Octa-core processor, and the GPU is Adreno 730. The OLED display is 6.28 inches, and the max resolution is 1080 x 2400 pixels. The display has corning gorilla victus protection.

The device runs on Android 11 with MIUI 13 operating system and is available in various colors like Black, Green, Blue, and Pink. Coming to its water resistance, the Xiaomi 12 is not waterproof as there is no sign of an IP rating mentioned in the specifications. The device cannot withstand a water splash, and the screen sensors will stop responding if there is water on the screen. 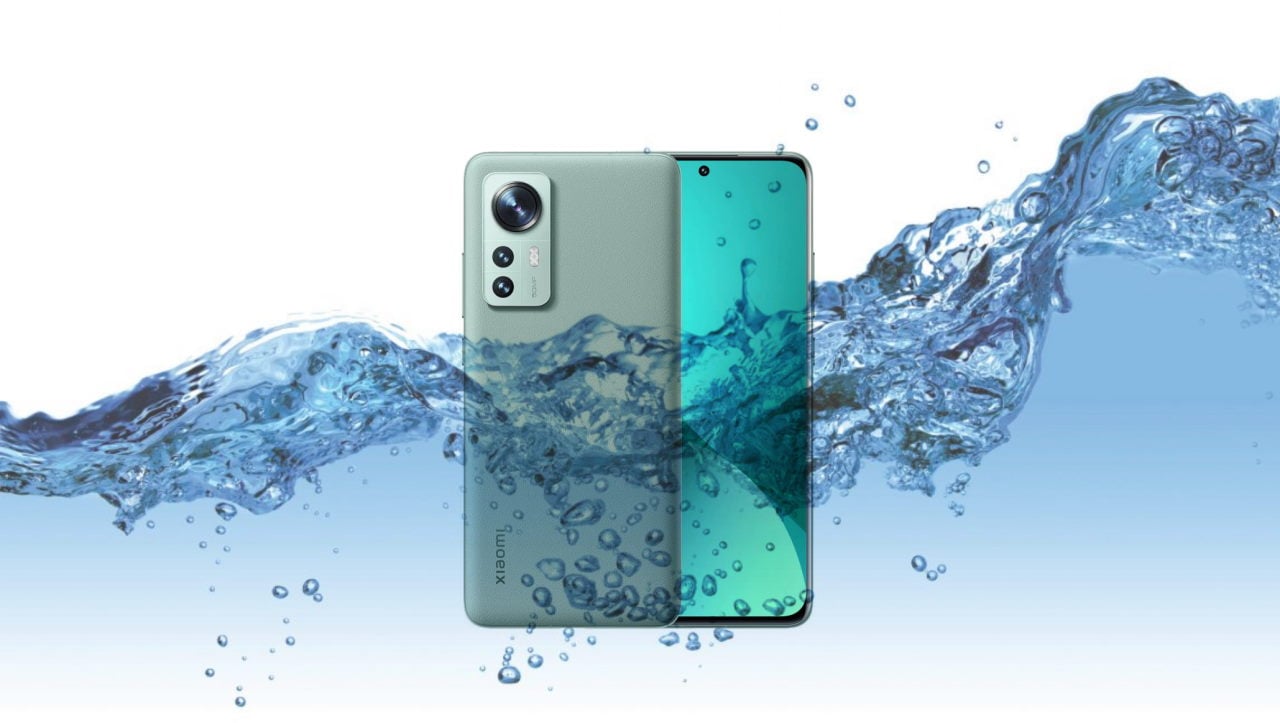 This smartphone is powered by Snapdragon 8 Gen1 Octa-core processor, while the GPU is Adreno 730. Xiaomi 12 Pro has an AMOLED micro- curved flexible screen and refresh rate of 120Hz. 1440 x 3200 pixels is the maximum resolution of Xiaomi 12 pro. The smartphone features a triple camera setup — a 50MP primary camera and 50MP wide + 50MP macro lenses. The front camera consists of a 32MP ultra-clear selfie lens.

Unfortunately, the Xiaomi 12 Pro is not a water–resistant phone because it has no IP Rating, and the phone cannot be used when submerged in water and cannot even survive water splashes. Also, many YouTubers have performed waterproof tests on this phone and confirmed it is not waterproof and not dustproof. 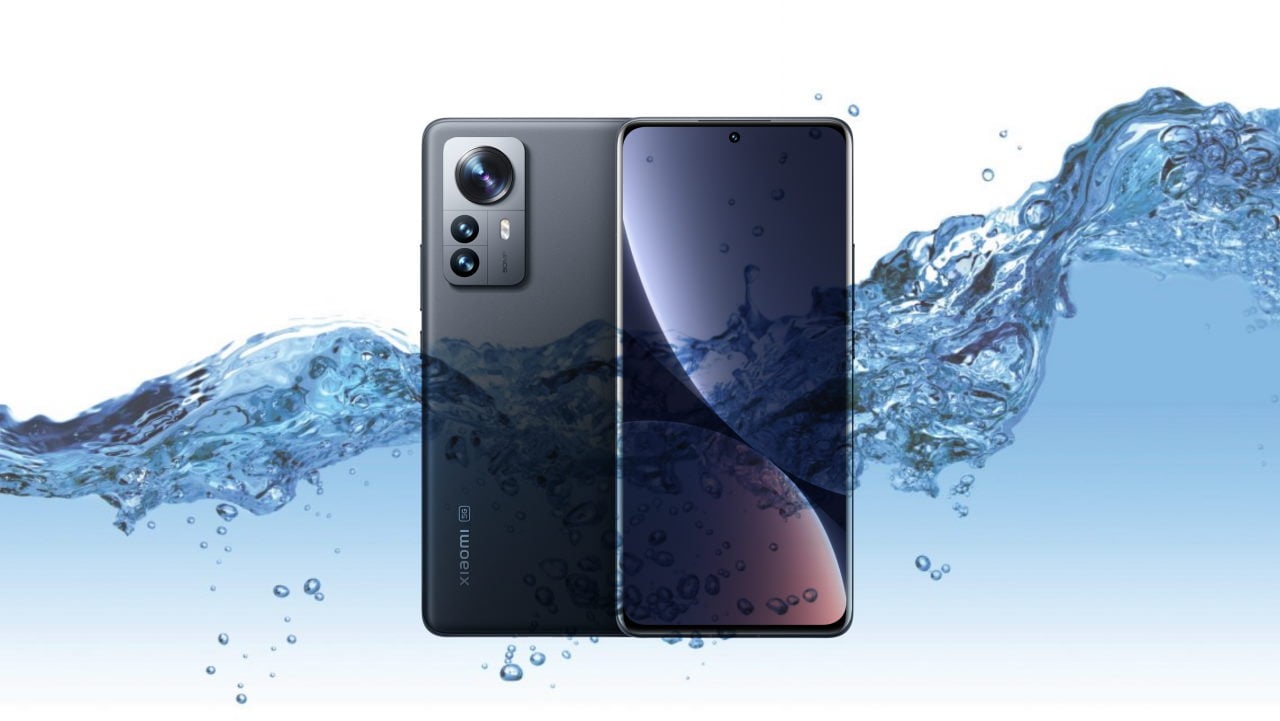 The smartphone is powered by the Snapdragon 870 5G octa-core processor, while the GPU is Adreno 650. The display is OLED Super Vision with 120Hz, and the maximum resolution is 2400 x 1080 pixels and is protected by corning gorilla victus. Xiaomi 12 X features a triple rear camera setup with a 50MP primary camera and 5MP macro and 13MP ultra-wide-angle lenses. In the front, we have a 32MP ultra selfie camera.

It is powered by a 4500mAh Li-Po battery. It supports 67W fast wired charging + fast charging protocols like QC4 / QC3+ / PD3.0 fast charge protocol + MI FC2.0 fast charge. The Xiaomi 12 X lacks an IP rating, so we can consider that the phone is not waterproof. Many YouTubers have run a waterproof test on this device and declared it is not a waterproof phone.

We can conclude that Xiaomi 12, 12 pro, and 12X are not waterproof phones because they lack an IP rating, which testifies the degree of resistance against water and dust a smartphone. For understanding more about the water resistance of these smartphones, watch few YouTube videos. If you have any queries regarding the article or regarding smartphones, feel free to comment below.