Last Updated on March 02, 2018: Open Gapps started distributing the Android 8.1 Oreo Supported Gapps file for any AOSP ROM. The update is still in beta stage, though the Open Gapps is safe and stable to use.

As we know, Google has released the latest version of its operating system Android 8.0 Oreo recently, along with the AOSP (Android Open Source Project) source code for Android 8.0. Many developers have updated their ROM into Android 8.0 Oreo, and several are planning to bring Android Oreo Custom ROMs to their device. But if you update your ROM into AOSP Android Oreo you will need a Gapps file that is why we are providing the direct links to Download Android Oreo Gapps. 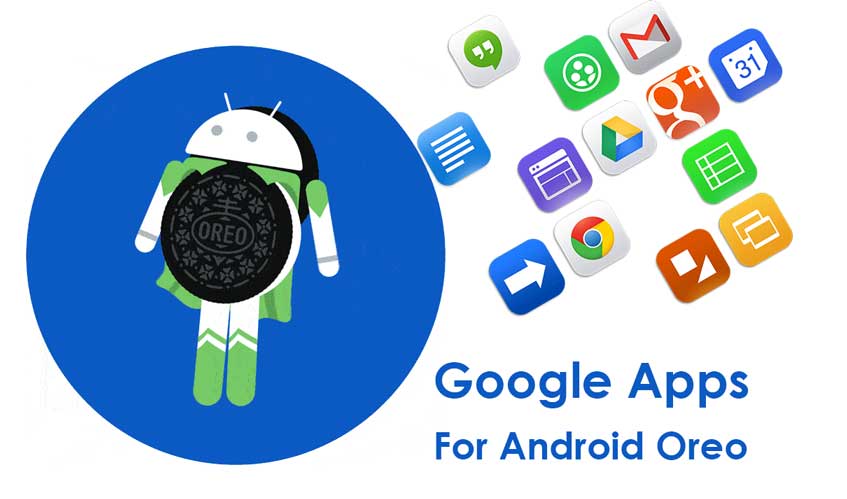 AOSP established ROMs not built with Google services pre-installed, you have to manually install them by flashing a compatible Gapps bundle from TWRP or some other type of custom recovery. If you’re planning to improve your phone or wish to flash AOSP 8.0 established ROM, then you have download Gapps to get Android Oreo. The majority of the programmers are using CyanogenMod as the foundation for their ROMs, and many of other customized ROMs like Resurrection Remix, ParanoidAndroid, OmniROM, SlimROM, etc. are all based on it. So you require Android 8.0 Oreo Gapps package for all these ROMs.

Google apps are the proprietary Google-branded applications that come pre-installed with most Android devices, such as the Play Store, Gmail, Maps, etc. Due to licensing Apache or GPLv2 license, we have to download separate gapps file to install the Google Apps on Custom ROM. Open Gapps completely developed by writing build scripts which allows to automatically build new update Google Apps file according to the developer. Open Gapps now support both Android 8.1 and 8.0 Oreo.

This Gapp’s bundle is one of the very best and little size. For the time being, Slim Gapps for AOSP 8.0 is not available, but we will update the article once it’s available.

This bundle provides a Minimal Gapps 8.0 or a Gapps to get 8.0 to your device. The package made by XDA manhood @dravoc76. This is the lowest size Gapps bundle with just 51mb. Download A Gapps to get android 8.0 on the link below.

Open Gapps is easily the most popular and one of the greatest Gapps. If you wish to download Android 8.0 Oreo Gapps package, you should definitely try this one. It comes with a different bundles inventory, mini, micro, pico, or nano Gapps for Android Oreo, etc., you need to inspect the difference and download any Gapps. For the time being, Open Gapps for AOSP 8.0 is not available, but we will update the article once it’s available.

Bank/Dynamic Gapps is the one which provides minimal edition Gapps with the proper installation of performing services. These Gapps made by a programmer from dirty unicorn ROM. For the time being, Bank Gapps for AOSP 8.0 is not available, but we will update the article once it’s available for download.

So this the Comprehensive guide of where to Download Android Oreo Gapps (Gapps for Oreo Android 8.0) and also the best way to install Gapps on Android 8.0 Oreo. You can write us in the comments section in case if you have any doubts or suggestions.