It seems that the newly released action strategic FPS simulator video game Arma Reforger has multiple issues or bugs that developers will have to fix as earlier as possible. Apart from the crashing, lagging, or multiplayer not working issue, reports are coming out that the Arma Reforger players are also facing the connectivity issue on the Windows PC while trying to get into the game servers via the multiplayer mode. It becomes a widespread issue right now.

Well, it’s one of the most common issues among PC gamers when it comes to online multiplayer video games. No matter whether the title is newly released or an older one, this particular problem is frustrating a lot. So, if you’re also experiencing the same issue for a while then don’t worry because here we’ve shared a couple of possible workarounds for you that should gonna help in most cases. Now, without wasting any more time, let’s jump into it. 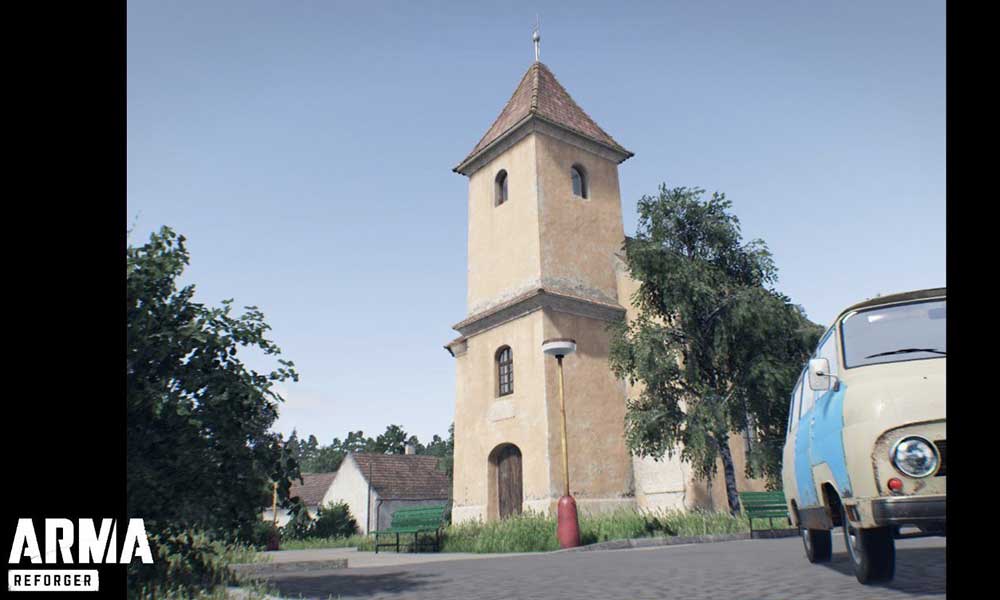 You can also check out our in-depth video tutorial for the same if you don’t want to go through this article.

First of all, you should try restarting the game properly on your PC to check whether the problem has been fixed or not. Sometimes a normal reboot of the game can resolve multiple glitches or cache data issues. If not, you should reboot the PC too.

The next thing you can do is to just give the proper admin access to your specific game executable file from the installed game folder to allow all the ongoing connections easily. To do so:

If you’re using the Steam launcher on your PC to play the Arma Reforger game then make sure to do the same steps for your Steam client to allow the admin access.

It’s also highly recommended to check out the Arma Reforger server status at that moment whether the game servers are having some issue with the downtime or maintenance. You should follow the official @ArmaPlatform Twitter handle for all the server-related info directly from the developers. You can also get to know whether other players are facing the same issue as you or not. So, following the page, and enabling notifications will come in handy.

If there is an outage with the server, you should keep waiting for at least a couple of hours before jumping into the game again. If in case, there is no server issue then make sure to follow the next method.

You should try checking out the internet network status at your end because a slow internet speed or an unstable signal strength can also trigger multiple issues with the game servers. So, connecting to the game server will always require a good internet network. If you’re using a wired (ethernet) connection then try switching to Wi-Fi or vice versa to cross-check the issue. You can also try using a different Wi-Fi network or a mobile data hotspot to ensure it.

5. Don’t Use a VPN or Proxy Server

Try not to use any VPN apps or proxy servers on your PC or even with your Wi-Fi router because it may occur server connectivity issues a lot. Though VPNs are useful for accessing geo-restricted content or game servers, it eventually increases server connectivity time or you can say high latency whatsoever. Higher ping or latency can trigger server connectivity errors, request timed out, can’t connect to the servers, etc issues.

It’s also suggested to check for the available game update if you haven’t updated your game version for a while. An outdated game version or a specific patch version may have some bugs or stability issues whatsoever. You should install the latest update of the game (if available). To do so:

Sometimes a corrupted or missing game files on the PC may also cause several conflicts with the game launching or even connecting to the servers. You should always verify and repair the game files via the Steam launcher by following the steps below to ensure there is no issue with the installed game files.

Well, BattleEye is one of the popular in-game anti-cheat software that automatically detects and blocks unauthorized access to the game servers apart from preventing hacking, cheating, banning players, and more. So, you should enable and restart the BattleEye service on the Windows PC to ensure the in-game anti-cheat system isn’t blocking your ongoing connection. To do that:

You should always keep the Windows Auto Tuning feature enabled on your PC. Window Auto-Tuning feature is a program to automatically improve the performance of programs that receive TCP data over a network. To do so:

Try turning off the Proxy server on your Windows PC if you’re using it. Just like the VPN service, a proxy server can conflict with the online game servers while connecting. To disable proxy:

Sometimes issues with the networking connectivity on your PC might not get detected easily. In that scenario, the Windows system offers the inbuilt internet troubleshooting option that you can try by following the steps below:

You should also try checking for the network adapter update and installing the update (if available) on your PC. An outdated or corrupted networking adapter driver may conflict with the ongoing connections to the game server. To do so:

However, if there is no update available then make sure to manually download and install the latest version of the networking driver on your computer directly from the official website. Well, head over to the specific manufacturer’s website of your laptop or networking device and then proceed respective to the particular model number (if any). Once downloaded, just run the file and complete the installation process. Finally, reboot the PC to apply changes.

You should also check for the available Windows update on your computer because Microsoft keeps releasing a new security patch update or the cumulative feature update to the latest Windows OS version quite often. If in case, you haven’t updated your Windows system for a while then make sure to follow the steps below to do so. An outdated or corrupted system version may conflict with the game launching or connecting to the game servers.

If none of the methods worked for you and nothing is found on the Windows Update page to be installed then don’t worry. Sometimes Microsoft pushes a feature update or any kind of optional update to a separate location that most users don’t even know so far. You should also check for the optional updates by following the steps below to ensure there is no driver or security patch update pending. To do that: