After months of anticipation, Back 4 Blood is finally here. However, there are still flaws preventing gamers from fully immersing themselves in the experience. Back 4 Blood is generally free of bugs. However, some players have reported problems with the game freezing or not responding at all. In addition to PC, Xbox One, and Xbox Series X|S users, there have been complaints of a B4B black screen on PS5 and PS4. If you are facing any issue with the game, there are a few things you may try to make it work again. 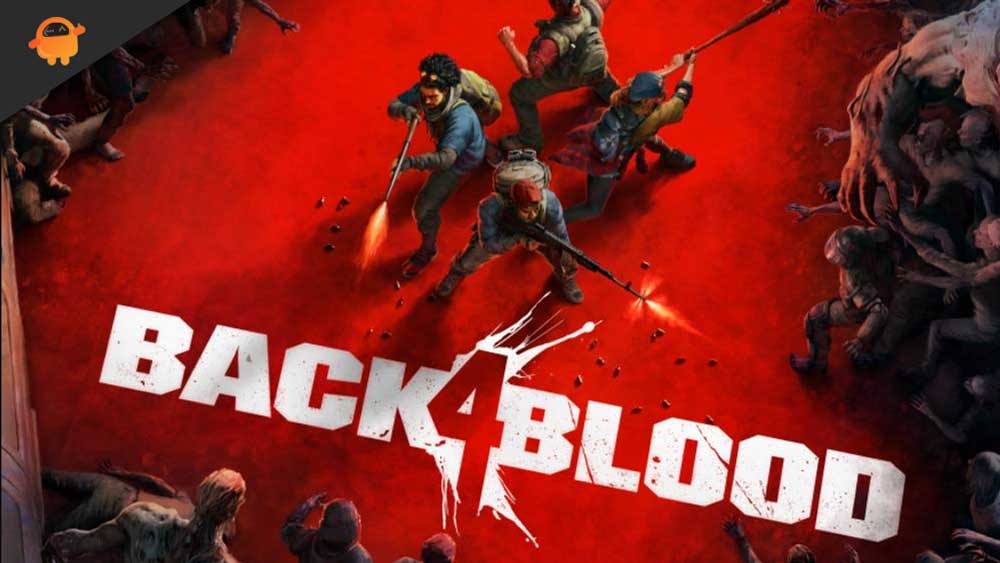 How to Fix Back 4 Blood Crashing on Gaming Consoles

To begin, make confident you have the most recent game update installed. The game has received an update to fix crashes on Xbox Series X|S, PS4, and PS5. The developers have promised more game stability upgrades, so make sure you’re running the most recent version.

Install Back 4 Blood on SSD

In order to play Back 4 Blood, we first locate its installation place and use the executable file to start it. We must view the properties and local files in the Steam library and then disable the Steam Overlay, the Windows game bar, Discord, and the GeForce overlay.

If it occurs in the middle of the game, we must reset the settings to the default or reduce them to the bare minimum, and then we must edit the configuration files to prevent the game from running on full screen. We can also force the configuration from Steam, and we go to the library, right-click on the game, get into properties, then navigate to the general tab, write -windowed -noborder, and click on OK. Finally, resulting in the deactivation of Overclocking because the game is running in Unreal Engine.

Despite the fact that we are running Windows 10, there are a number of reasons why Back 4 Blood may crash, one of which is that the graphics card drivers are out of date. To fix Crash at Startup, it is recommended that you update your graphics card drivers, which you can do by visiting the official Nvidia website, and the same in the case of AMD too.

After that, we go to the services tab and mark all of them, deactivate everything, and then go back to the beginning to enter the task manager and unload the tasks one by one to see if it helps. Finally, we restart the computer to see if it helps. When a game like Back 4 Blood’s launch is affected, it’s appropriate for a clean boot because third-party software may interfere with it.

It’s possible that some of the Back 4 Blood files are corrupt or missing; this could have occurred during the download and installation process, and as a result, the game won’t start. To check this, open the Steam client and navigate to the game’s library, where it can be found in its properties. From there, you can check the integrity of the game’s local files.

If you’re a heavy gamer or your console is up and awake for a long time. This action increases the possibility of getting heated up of your console. Due to this, the console might become unresponsive and may result in a crash. Further, in order to steer clear of this, make certain your console is well ventilated and none of the vents are blocked. Once you have provided a cooling environment to your console, then this issue will never persist again.

In order to avoid Back 4 Blood Crashing on PS4, PS5, and Xbox Series, follow the instructions outlined above. Try putting out of action your antivirus software while playing the game if the black screen problem persists.

These were all possible remedies for the problem that led Back 4 Blood to crash. The developers are also expected to release an update. Further, in this update, they will hopefully fix the problem and make your life a lot easier. For more gaming info, check out our Guide GetDroidTips.