In the last couple of years, it seems that the latest generation of Android OS has been pushed to the most number of eligible devices by OEMs via OTA updates every year. It not only significantly increases the popularity and widespread Android OS to the users but also plays a major role in getting firmware updates much faster than before, thanks to Project Treble. But Is There An Easy Method To Check If Your Smartphone Supports Project Treble?

Also Read: How to Check Android Phone’s Processor whether ARM, ARM64, or x86

The answer is Yes. Project Treble is a low-level change in the Android platform to date but has a major impact in providing software updates (Android updates as well as security patches) to most of the eligible devices faster and at a lower cost (from the OEM side) too. The support of Project Treble basically separates the vendor implementation from the Android framework so that developers can easily develop more & more Custom ROMs. 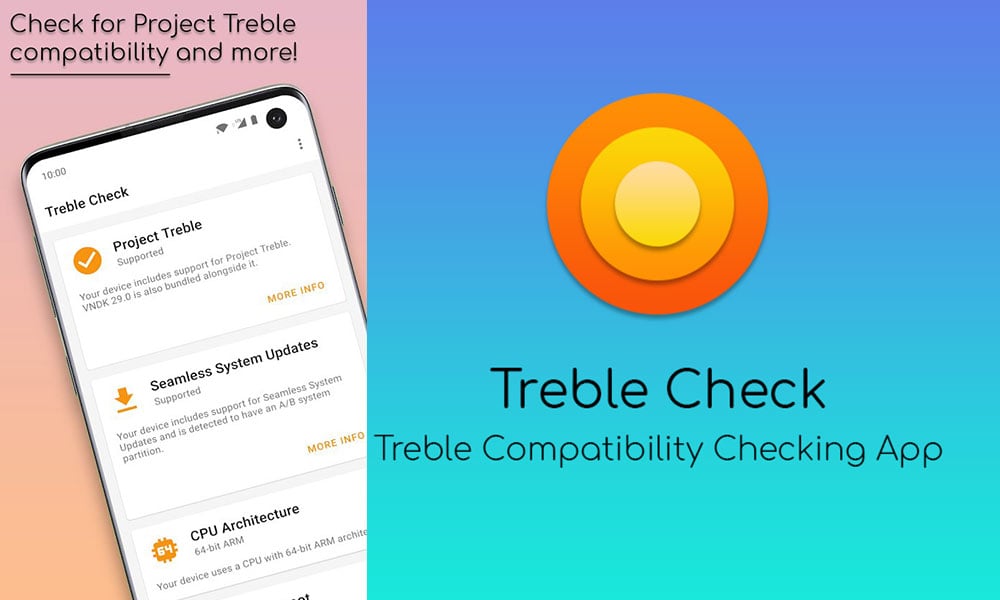 What is Project Treble on Android?

Project Treble feature has been introduced a couple of years ago starting from the release of the Android 8.0 (Oreo) operating system version by Google itself. This architecture has seriously improved faster Android updates on supported devices by OEMs than ever before which is a big advantage. In another way, Project Treble re-creates the architecture to split between the OS framework and device-specific software (vendor implementation). 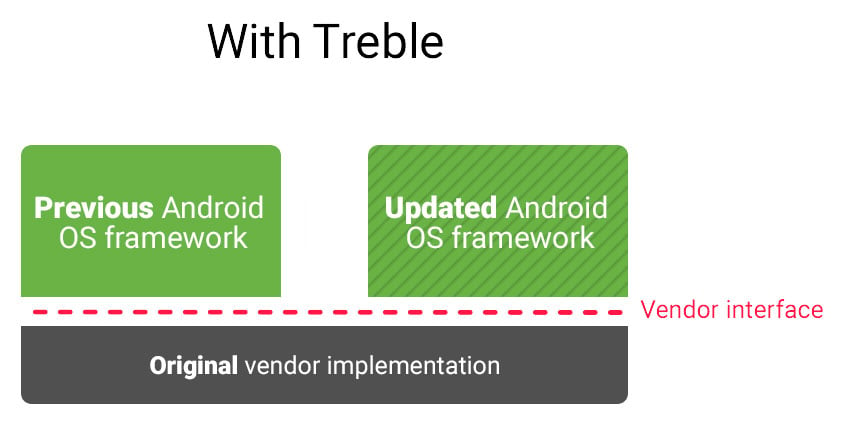 That means it reduces the risk of getting your Android device bricked easily while flashing any custom firmware which may happen due to several unfortunate reasons. Additionally, OEMs will now start implementing more & more modifications to the framework. Whereas the Project Treble architecture also allows users to easily or seamlessly install the same OS framework code across multiple different devices (should be hardware compatible).

It’s also worth mentioning that due to the Project Treble support and a deep collaboration of Google with Qualcomm, all-new Qualcomm Snapdragon chipset devices will easily take the advantage to support four Android OS versions and 4 years of security updates consistently. To recall, we’ve already seen the same on Google Pixel devices, a wide range of Samsung Galaxy devices, and recently Xiaomi devices too.

An Easy Method To Check If Your Smartphone Supports Project Treble

Additionally, it’ll let you know whether your device supports Seamless System Updates or not. Whereas you’ll know the CPU architecture of your device as well as whether it supports System-as-root or not.

It’s quite simple as that. Doesn’t require any kind of additional access or process whatsoever.