Fortnite hit android stores in a big way. This game has millions of players worldwide and loving it. Fortnite is one of the most successful international battle royale game for mobile smartphone. However, there are many more apps just like Fortnite. Are you looking for Fortnite Alternative game?

So today in this article we will introduce you some of the best Fortnite alternatives games for the android device. Thee games are comparably lite and will give an equal amount of fun while playing.

Fortnite is way more popular than any other game ever on Playstore. In Fortnite you can compete with real-life players. This makes it more interesting as you’re playing with real human beings and not with the computer. Another great thing about this game is that you can also play with your distant friends as well. With all the hype, people are looking for more games just like Fortnite. So here are some top alternatives to Fortnite:

PUBG aka PlayerUnknown’s Battlegrounds is one of the most trending games of 2018. In fact its one of the original and reliably good battle royal games. It was launched back in 2017 and gained millions of fans in a short time stamp. PUBG is similar to Fortnite but has many more features added to it.

PUBG is free to download for Android or iPhone. Its one of the best and optimized battle royale game for android players. PUBG has stunning graphics, epic gameplay and has room for a lot of customizations. 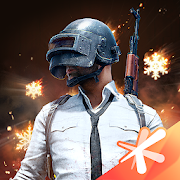 FortCraft is almost similar to Fortnite. If you are looking for a game which is almost identical to FortCraft then this is a great fit for you. FortCraft has a similar graphic style, similar gameplay, and familiar rules. If you’re already a Fortnite player then you won’t find it difficult to score higher in this game.

You can build forts, craft mechanics and use various tools and weapons. Even many splash screen, killing simulations etc is similar to Fortnite. Since it is made the same developer team behind the Rules of Survival and our favourate PUBG game. You will find it pretty interesting to play.

Fortcraft is still in a beta stage and is only available to beta testers. You cans till sign up to be a beta tester on their official website.

Sorry, this app is not available.

Garena Free Fire is a survival shooter game which was released much earlier than Fortnite. The motive of the players is to survive until the last to win the game. There are certain restrictions or rules in the game. Such as, the player has to stay in the play zone to avoid losing health and inventories.

There are many multiplayer features which you will like the most. Such as pairing up in teams with your friends or choosing maps. You can either play solo or play as a team of 4 members Garena Free Fire also offers in-game chat and voice message to communicate with other players. 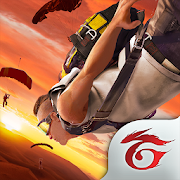 If you don’t like the modern Battle Royale games like Fortnite, then you will definitely fall in love with this one. Rules Of Survival was one of the earliest and successful multiplayer Battle Royale games in the play store. If you want to play wild and train yourself, then this game will offer you the extreme gameplay you require.

The game is polished and optimized and controls are easy to master. You have voice chat options, configurable controls, maps and much more. The players will be battling against each other in an 8×8 Kms island. You will be battling against 300 different players from all around the world. This results in an epic battle which is worth to see. Its a really cool alternative to Fortnite. 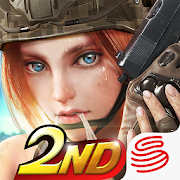 If you’re looking for a similar Fortnite experience then Creative destruction is a great pick for you. You can basically consider it as a Fortnite Clone since it matches most of the Game UI, the players, battle style etc. You can craft and destroy stuff on your command. Moreover, you can also play s a third-person perspective as well.

In Creative Destruction, you will land on an island with another 100 real-life layers. However, one thing you should keep in mind that Creative Destruction required more computing power and resources. So it will only run on flagship devices with powerful CPUs. Apart from that, the game is pretty fun to play. 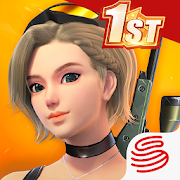 So, guys, these are top 5 Fortnite Alternative Games you can play today. Let us know which one of them you like the most. Is there any particular game you like? Tell us in the comment section and we will add it to the list. Thanks for stopping by and have a wonderful day.