In Hades, you will be able to customize Zagreus as per the requirements of every run. This will enable him to participate in battles to progress in the game effectively. You have the option of selecting from six unique weapons, several Keepsakes, and a number of varied Boons from the Gods. This will enable you to get new abilities or boost your stats significantly in the course of that particular run.

When Zagreus goes through the underworld, he will meet a number of Olympian Gods. They want to help him by allowing him to select from three different Boons. These will enhance Zagreus” abilities in various ways. It is crucial for you to choose the Boons, as mentioned above carefully. This because some of these Boons are better suited to your fighting style or experience than others. Here, we will present to you our choices for the best Boons offered by Gods in Hades. 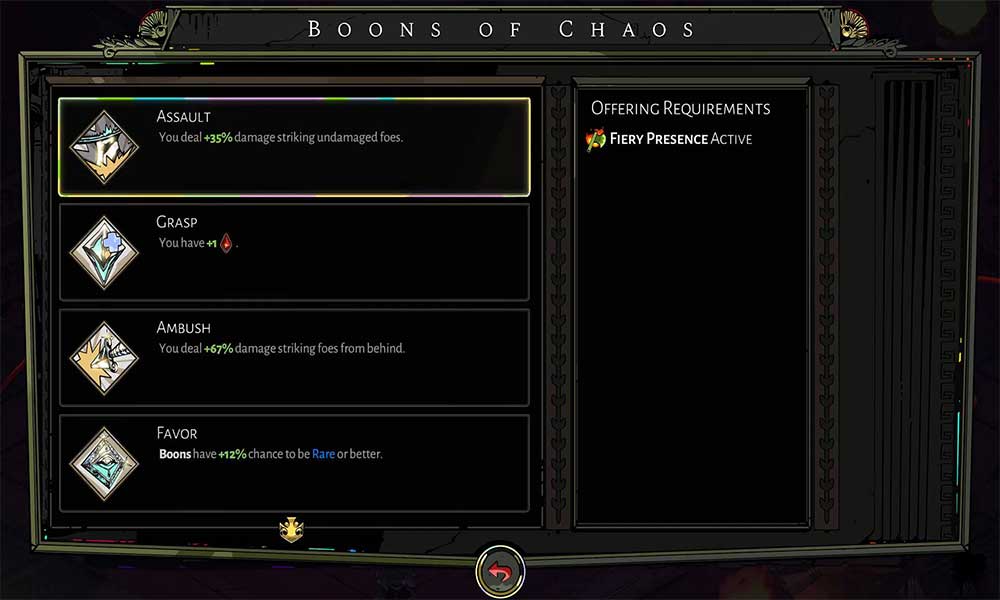 You need to bear certain things in mind regarding the Boons offered by Gods in Hades. Firstly, it is not possible for you to seek out particular Boons or Gods in each run. This is because each run in the game is produced randomly, and thus it is quite possible that you will come across different Gods in every one of them. However, there are some ways of increasing your possibility of meeting a particular God.

If you want the Boons from Zeus, you will have a better chance of finding those Boons by wearing his Keepsake. You can receive an Olympian God’s Keepsake by gifting some Nectar or Ambrosia to them. This will enhance the possibility of you meeting up with that particular God in your subsequent run. You could also consider upgrading this Keepsake to obtain rarer versions of the corresponding Boons.

Apart from this, you can also get Boons of your choice by selectively concentrating on only some Gods during your run. When you get a Boon from God in the beginning stages of a run, you have a better chance of meeting that particular God afterward. Thus, in case you encounter a God you are not enthusiastic about, you should preferably just ignore them. 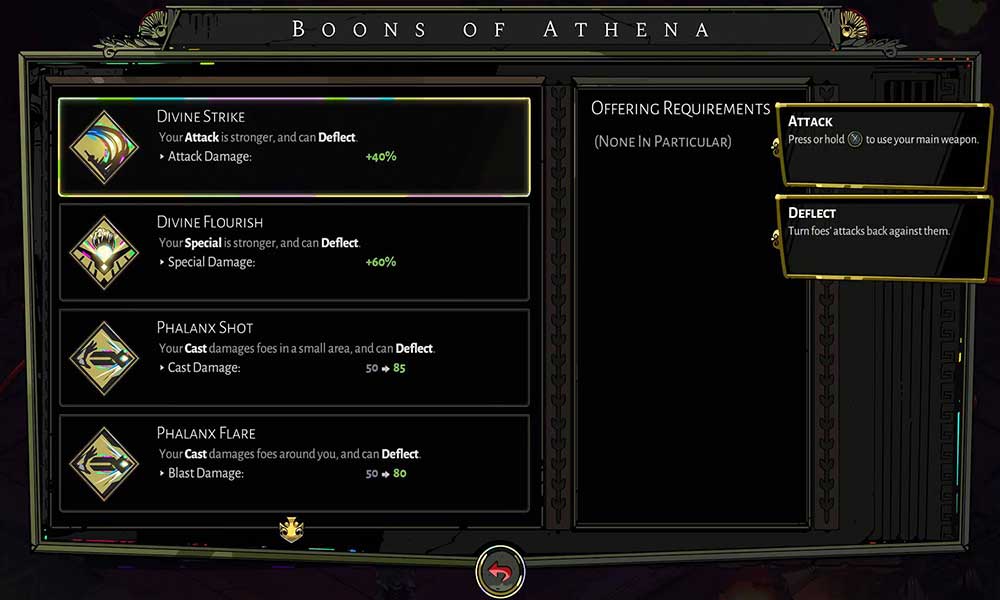 Sometimes, you will also find Charon’s shop within the underworld. You will find him selling various items and upgrades in there. Usually, he will also have a Boon from one of the Gods up for sale. If you have sufficient cash on you, this is a convenient way of getting Boons.

Now, let us now take a look at the Boons that every God will offer you in Hades.

Gods and their Boons in Hades 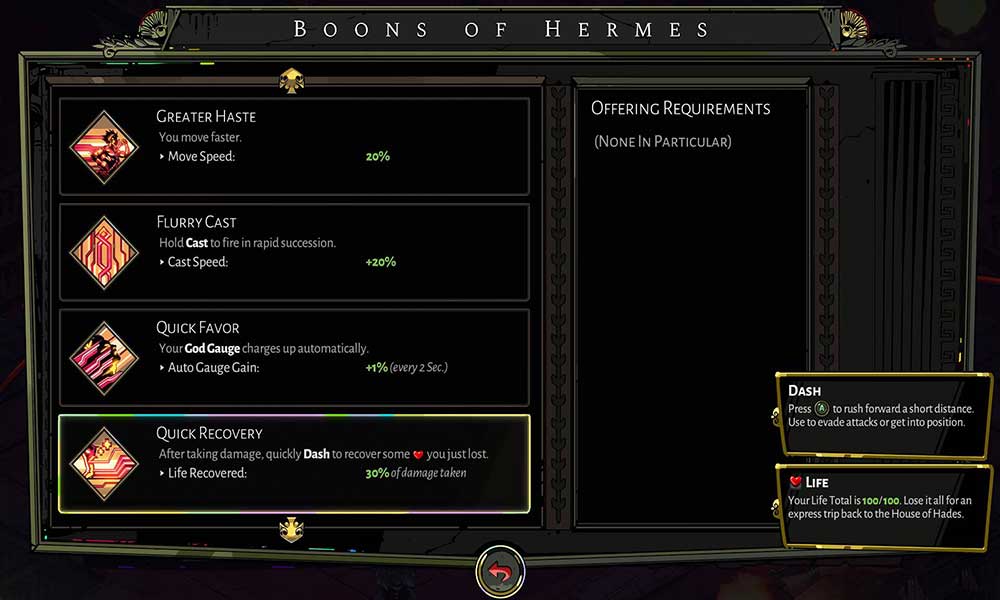 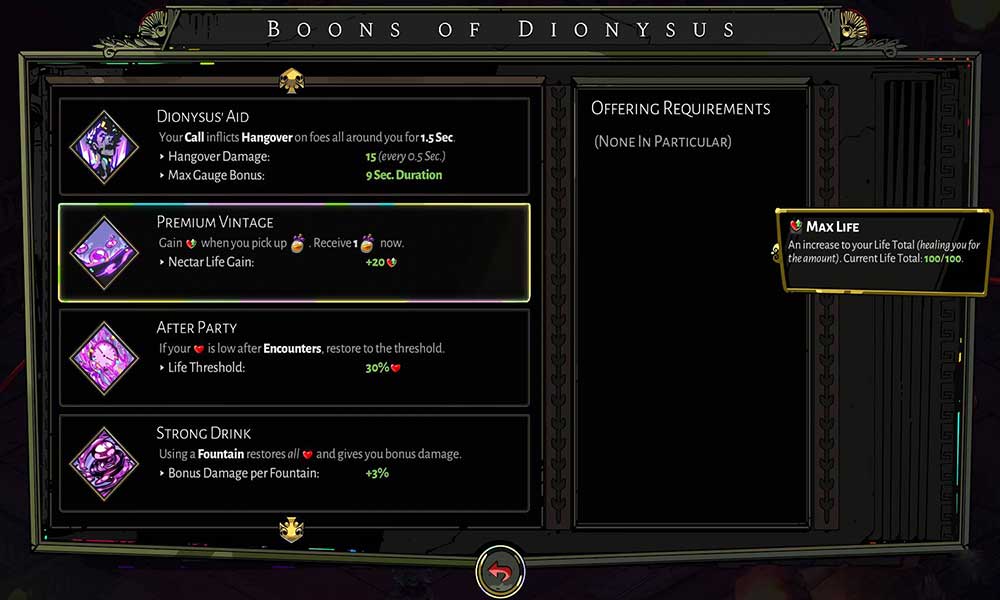 As a general word of advice, you should try to avoid all of Chaos’ Boons until you understand the game’s mechanics better.

That is it for now. We hope our guide helps you get the best out of these useful Boons in Hades. Now, check out our Windows Guides, Gaming Guides, Social Media Guides, iPhone, and Android Guides to know more.

If you have any queries, comment down with your name & email ID. Moreover, subscribe to our very own YouTube Channel in order to watch awesome videos on gaming and smartphone tips and tricks.