In Hades, Asphodel is the region you will enter after Tartarus. You will begin in chamber 15 and will encounter the boss of this place in chamber 24. The area in question is sprawling with deadly lava-filled pits that can seriously hurt you.

Do you have what it takes to show Hades that you are more than up for this challenge? You bet! Here we will show you how to enter and clear Asphodel in Hades.

Hades: Fix Steam was Unable to Sync your Files Error 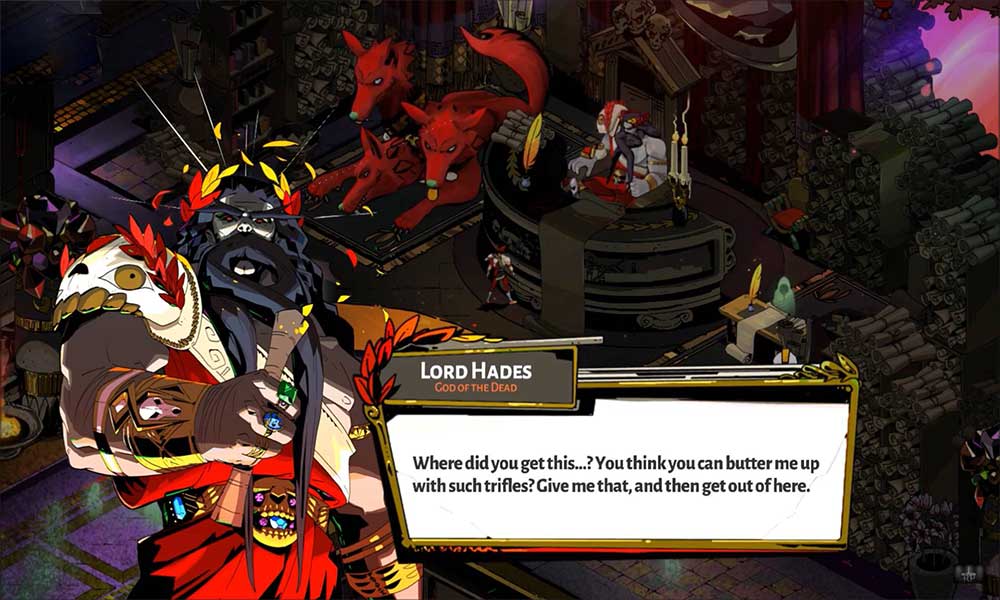 You will have to clear Tartarus before you can get to Asphodel successfully. In your initial attempts, you must confront and defeat Megaera. After a couple of attempts, you must vanquish Tisiphone and Alecto too. Let us now understand how to defeat these Furies in Hades.

Defeating Tisiphone and Alecto in Hades

The good news is that Alecto is not as hard to defeat as Megaera, because her onslaughts are relatively predictable. If you can make out their pattern, you will be able to counter-attack efficiently. You must, however, make sure to dodge the lethal spike traps laid out all over her arena. Alecto’s most vulnerable moment comes when she attempts to build up rage. This leaves her completely open to attacks. Take advantage of this and do the needful. Watch out for her Blood Bolts, though. She can send them hurling in every direction, but luckily, they follow a defined path as well. You can effectively use your dash boon to evade them.

After you have inflicted sufficient damage, Alecto will start producing red circles on the floor. Both these circles and Alecto herself will then start following you around the arena. You can try using dash boons like Ares, Dionysius, and Zeus to counter this tactic of hers. Her most dangerous attack comes in the form of Whirling Blades, which begin to come after you as well. They can strike you several times and inflict serious damage. Make sure to keep moving – that will prevent you from becoming an easy target. Keep attacking Alecto persistently, and eventually, you will achieve victory.

Coming to Tisiphoe, you will have to take a different approach to her compared to the other two boss battles. Although she does not call in ads to assist her, her arena will keep shrinking progressively as the battle continues. You must focus on striking her relentlessly and ending the combat as soon as possible.  Use your quick dash to dodge her green fire attacks. Keep in mind that her whip attack can stun you temporarily, leaving you vulnerable. Watch out for this attack, especially if your health is running low.

Since your cast attacks allow you to inflict damage to the boss from a safer distance, they can come in handy during this battle. 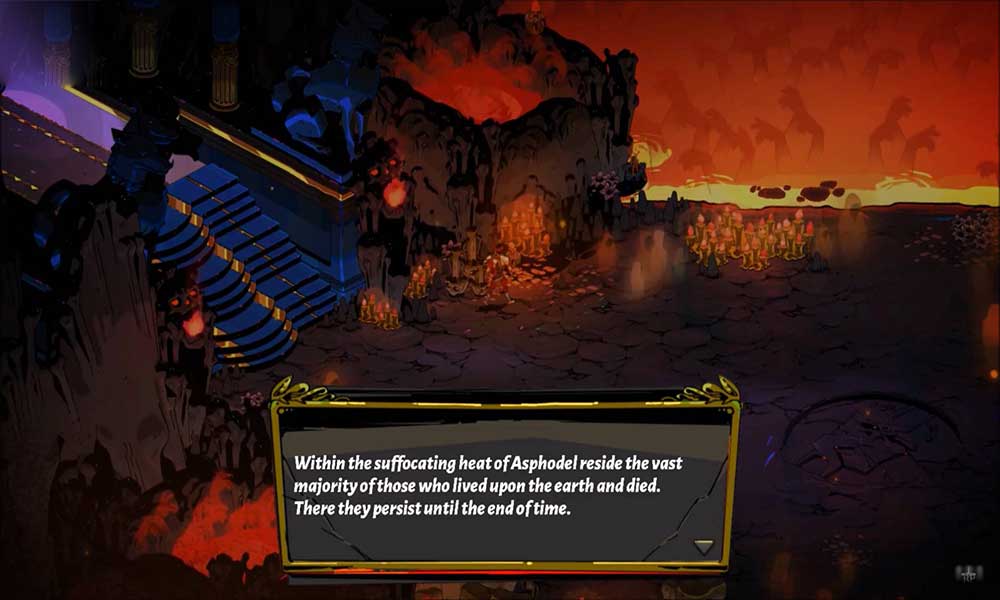 When you have defeated either of these Furies, make your way to Asphodel and recharge at the fountain you see in the transition room, right in between Asphodel and Tartarus. If you want, you can try swapping out keepsakes here. In case your supply of Obols is running low, you can cleanse your Boons as well. Although you can retain the dash boons you possess, keep in mind that the copious amounts of lava you will come across will prevent you from using them to their full potential in Asphodel.

You can successfully use the dash move, though, if you are proficient enough to dash in a carefully controlled way. Make sure you have the Greater Reflex upgrade from the Mirror of Night as well. When you have enough keys in your possession, you can proceed to unlock the Twin Fists of Malphon. After that, unlock the Aspect of Talos using your Titan Blood. This item will transform your usual uppercut special into a powerful Magnetic Cutter. You can use this to hook up foes and then pull them towards you.

Dashing towards foes leaves you at risk of falling into the lava. Thus, pulling them towards you will help you close the gap with much lesser risk. Keep in mind, though, that the foes you will encounter here are frequently going to leap forward and remain in motion. Thus, it can be hard to lock onto them. But do not give up and keep trying!

You will come across Eurydice in this area, who is generally seen singing and cooking. You should be able to hear her voice frequently. She is going to be of great help to you here, so go ahead and interact with her. When she offers to enhance the boons you presently possess, gift Ambrosia/Nectar to her. In turn, she will give you the Evergreen Acorn.

This is a useful keepsake that will turn you invincible to damage from boss attacks for the first three to five times. If you keep winning battles while having this keepsake equipped, the number will increase.

Defeating the Boss of Asphodel – the Lernaean Bone Hydra 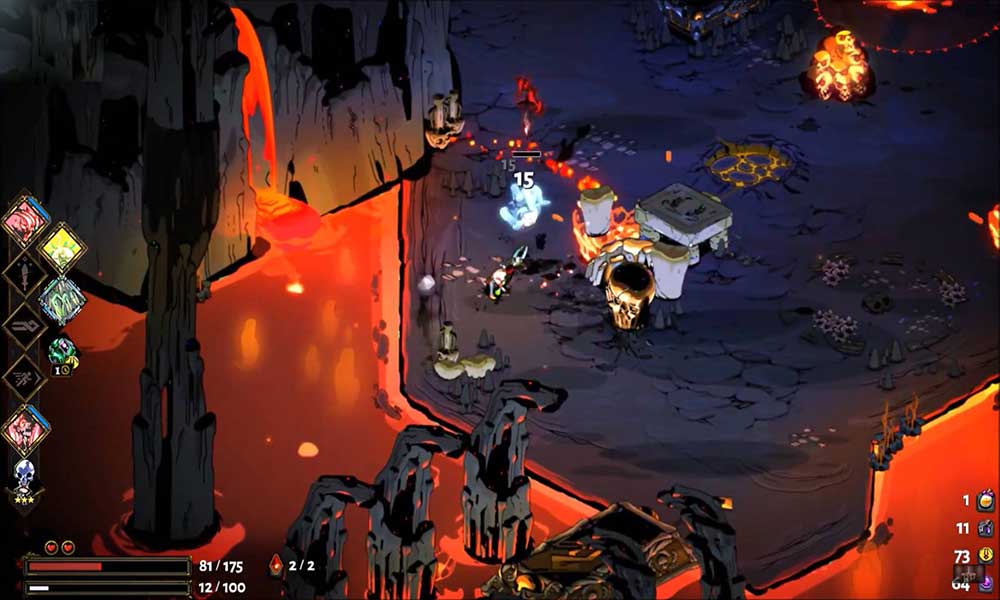 The Lernaean Bone Hydra is the boss of the Asphodel region, found right at the end of the area. It has the ability to grow more heads when you inflict damage upon it. Keep moving swiftly across the little platforms and proceed to take out the extra heads. Once that is done, focus on attacking the main head once again. You can get good results from using a dash capable of inflicting damage here. Since the extra heads can summon ads, you will be well served by a dash boon that can send foes reeling backward.

When you get closer to the main head, it will snap viciously at you and attempt to slam the ground. Fortunately, it isn’t very fast, and you can easily evade these attacks. The main head will also breathe out fire and lava, resulting in the ground getting covered with pools of lava. Make sure you avoid them while moving. It also spews forth purple flames that will come after you. You can deflect these flames using your Divine Dash, which will also damage the Hydra. Eventually, you will destroy the boss. Congratulations! You can proceed to Elysium now.

That is it for now. We hope our guide helps you successfully clear the Asphodel area in Hades. Now, check out our Windows Guides, Gaming Guides, Social Media Guides, iPhone, and Android Guides to know more. If you have any queries, comment down with your name & email ID. Moreover, subscribe to our very own YouTube Channel in order to watch awesome videos on gaming and smartphone tips and tricks. Thank you!