The Chinese tech giant Huawei has launched two new Mate-series devices called Huawei Mate 30 and Mate 30 Pro. Both the devices come without GApps package out-of-the-box based on EMUI 10. Huawei has offered its own new app store for installing apps and games to the users. Even most of us know well that all the China variant Android devices don’t come with any pre-installed Google apps or services. That’s only because of the licensing issues with the Chinese Government and Google. Meanwhile, early this year, the US Government also has restricted Huawei for some reasons. Therefore, Huawei device users may experience some issues with the software update or the latest Android updates. But we have shared an easy guide in order to use Google Apps back again on Huawei/Honor devices running on EMUI 9.1 skin. Check out How to Install Google Apps on EMUI 9.1 Devices (Guide).

After Huawei got blacklisted in the US market and end of partnerships between other US-based tech companies, newly launched Huawei devices don’t have access to Google apps. Therefore, users are facing so many issues with Google account. Because, if you’re using an Android device and can’t use Google apps and services then you will lack the better user experience. We have provided the GMS Installer package which will fix the issue and you will be back in track again. 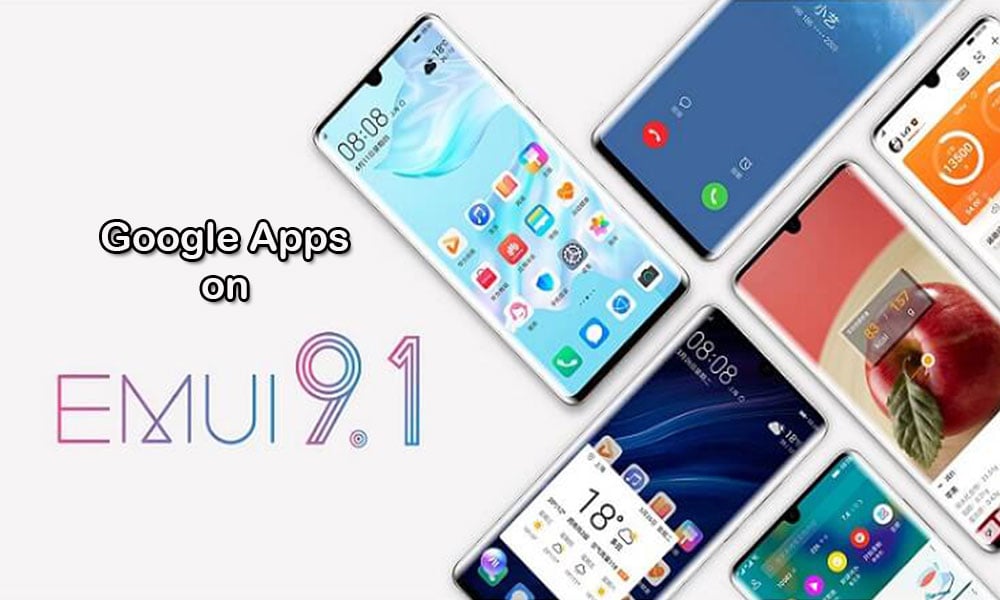 As we already mentioned above that due to the issues with the US Government and Huawei, the latest Huawei EMUI 9.1 devices don’t come with any pre-installed Google Apps or Google Services. Huawei provides its own app store in order to download and install apps and games. But if you want to use Google Play Services and Play Store on your device, check out the full article.

The ‘GMS Installer Huawei’ app is a third-party app which offers an installer package file to install Google Apps. It will ask you to accept the terms of service and conditions and ask for administrator permission as well. You will also need to provide Huawei ID from the app if you don’t have a SIM card. Then follow the below steps properly and revert back the admin access in order to uninstall the installer.

Hope this guide is helpful to you and you have successfully installed the Google Apps or GApps package on your EMUI 9.0 / EMUI 9.1 running Huawei or Honor devices.