Huawei is already developing EMUI 11 which is its custom UI version based on the stock Android 11. With that being said, Google hasn’t officially released Android 11 yet although there are five iterations of DPs and beta included already. Talking about eligible phones, Huawei P40 Pro shines among the most as it is a flagship phone running Android 10 out-of-the-box. Here’s everything you need to know about Huawei P40 Pro Android 11 update. 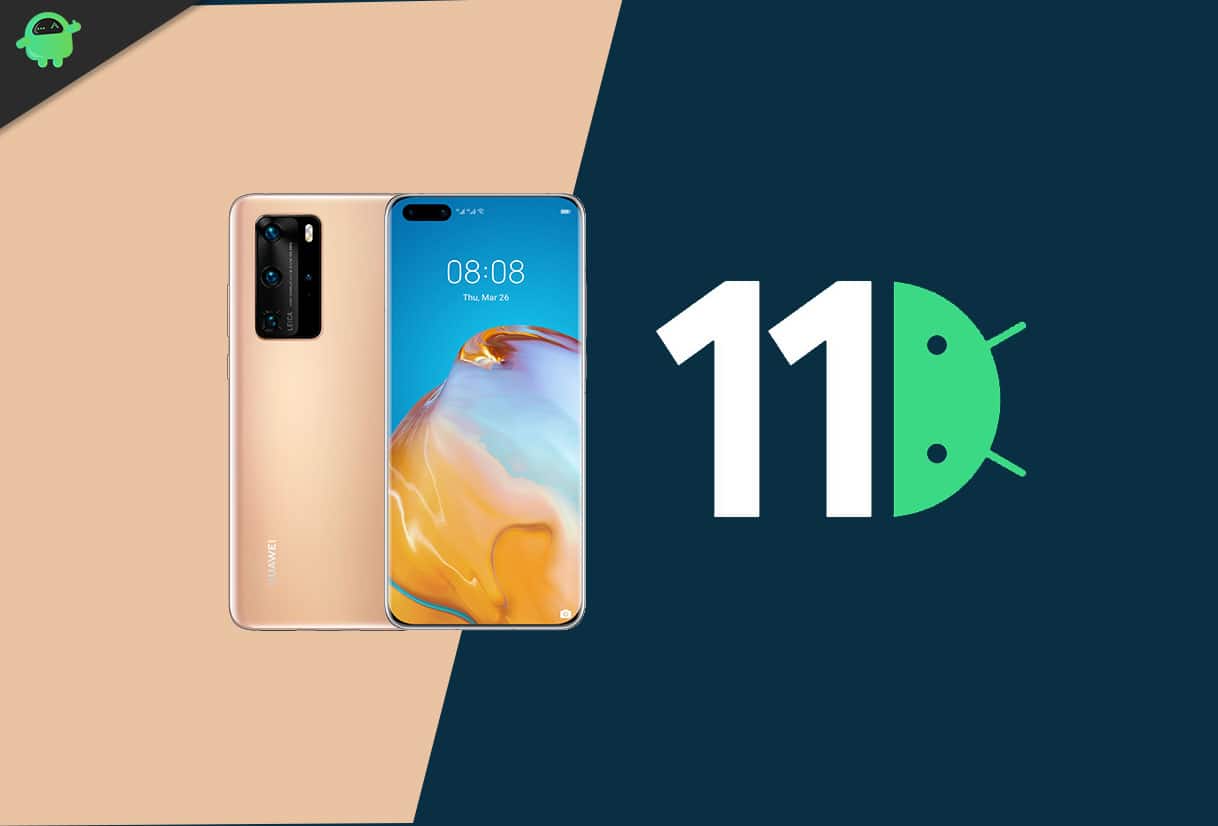 Huawei P40 Pro is a flagship smartphone in the P40 series and there’s no doubt it will get an Android 11 update because it already runs on Android 10 out-of-the-box. The phone is already up for two years of major Android OS updates which include both Android 11 and Android 12.

Updated on November 24, 2020: Today Huawei finally revealed the timeline to roll out the EMUI 11 based on Android 11 for all the supported Huawei devices. Which, Huawei P40 Pro will receive the official EMUI 11 in December 2020.

Updated on June 18, 2020: Unfortunately, we aren’t aware of the actual date when Huawei P40 Pro could start receiving the Android 11 update. This is because Huawei isn’t vocal about the update and would take some time to publish the relevant dates. As per reports, Huawei P40 Pro users can expect Android 11-based EMUI 11 by the end of this year or early next year although you need to take it with a lot of salt, to be honest.

Huawei’s EMUI 11 is the latest custom UI that the Chinese smartphone will roll out by the end of this year to power it’s Huawei and Honor smartphones. As a custom UI, it brings a lot of features above the stock Android while personalizing the user interface. EMUI 11 is based on Android 11 and we are still awaiting its release expected to occur at the HDC 2020 although there’s no confirmation yet.

Here’s a quick recap on Huawei P40 Pro Specifications The phone sports a 6.58” OLED panel with 1200×2640 pixels resolution and a 90hz refresh rate. Under the hood, you’ll get a Kirin 990 5G chipset paired with Mali-G76 MP16 GPU, up to 8GB of RAM, and a faster UFS 3.0 storage up to 512GB. The device brings on-board a 50+12+40+ToF sensor at the rear while the front is dominated by a 32MP + ToF sensor. Finally, the smartphone is powered by a humongous 4,200 mAh Li-Po battery tagged along with 40W fast charging 27W fast wireless charging, and 27W of fast reverse wireless charging tech.