As the name suggests, Knockout City is an action-based competitive multiplayer video game that has been launched in May 2021 that offers dodgeball battles to win. Although the game has received an overwhelmingly positive response from critics and players, some unfortunate players are still facing a couple of issues and the Knockout City Bank not working bug is one of them.

If you’re also facing the same problem, make sure to follow this troubleshooting guide to fix it. The Knockout City video game offers an in-game Brawl Shop where players can buy cosmetics but somehow players are encountering issues with accessing the Bank tab and browse all items easily. It throws an error message “UNABLE TO CONNECT. Unable to connect to the EA servers. Please check your internet connection and try again.”

Additionally, the affected players are sent back to the previous screen after receiving the error message. Luckily, the Knockout City team is aware of this bug.

How to Fix the Resistances Reset Bug in Biomutant

How to fix Knockout City Bank not working bug

To be very precise, the Knockout City Bank tab not working issue is also known as the Brawl Shop bug. Although the affected players can easily go to the Xbox Store, PlayStation Store, and Nintendo eShop to buy cosmetic items, developers are aware of this issue and they’re working on it. 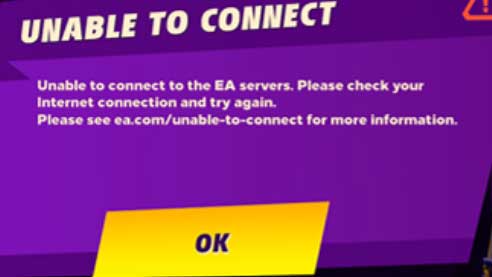 According to the @knockoutcity official Twitter handle, they’re aware of this bug and a fix will arrive pretty soon. Meanwhile, all the same options will be available to you via the Xbox Store on your console, xbox.com, or the Xbox app for use in-game.

In the meantime all the same options are available to you via the Xbox store on your console, https://t.co/jK7VZFxFcK, or the Xbox app for use in-game. 2/2

However, players are still encountering the “unable to connect” error notice on other platforms as well. Not only the PC gamers but also PS4 & Nintendo Switch users are also facing the same problem. Luckily, accessing the system storefront should be a direct fix by any means.

Whereas players can claim the Knockout City EA Play Rewards and can get 10% off on all Bank purchases. You’ll find out an exclusive epic outfit and additional seasonal cosmetics as well. Now, we’ll have to wait further until developers come up with a patch fix for this error.