When it comes to problems that could occur due to cache, storage, apps, etc, there are many problems that come to my mind as a fellow tech expert but restarting and freezing problem is undoubtedly the most gruesome. This is because here, either the phone is entering into a reboot loop or it reboots randomly at any point thereby destroying any data that you were adding on your device just like that. On the other hand, the other part of the issue simply freezes the display or the screen which kind of have the same after-effects as the random restarting problem which means you cannot save any work until you reboot the system when it is frozen. But here are a few methods that would help overturn from restarting and freezing problem and prevent it from occurring the next time as well. 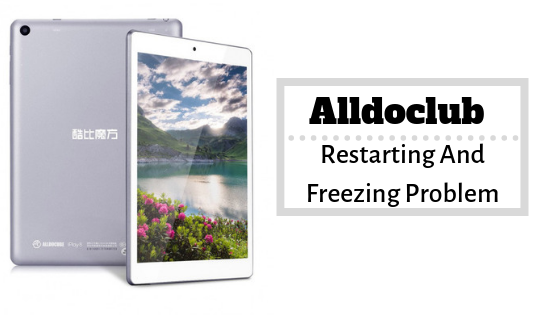 Boot up the device

As you are facing restarting and freezing problem, here’s how you can take a primitive step towards resolving the issue. For restarting problem, you need to reboot the device and combine a number of methods including clearing cache, storage, apps management, and others trying to fix it. On the other hand, to fix a screen freezing issue which is basically when the screen freezes probably due to a deficiency in resources or when there are just too many apps involved just before the screen froze. Here, you can’t use soft reboot but a different method called forced to reboot. You need to press both the power button plus volume up or down based on the make and model to force the device to reboot.

Exit from all the applications/processes

Too many apps in operation at the same time can cause a lack of performance as well. It will clearly make the phone slow and would end up getting a string of problems on a smartphone. Many people forget or simply ignore exiting apps when done work. However, this adds stress on the battery, processor, and all other components involved in the process. This is why we recommend users to exit from apps when not in use. Firstly, check out the recent apps and exit from it. Next, you need to force stop an app that pops up. You can go to Settings >> Apps >> Running where a list of apps running will appear. Tap on each downloaded app and press ‘Force Stop’ and that will subdue the restarting and freezing problem for sure.

Next method you should adhere is to uninstall dormant and unnecessary apps. Proceed to the Settings tool on your device and go to ‘Apps >> Downloaded’. Once here, you need to tap on any app that you want to get rid of and click on ‘Uninstall’. On the other hand, for apps that come pre-installed (bloatware), you will get to ‘Disable’ it where the app isn’t uninstalled but stays inactive in the background.

Reboot into the Safe Mode

Anyways, once you are in the safe mode, all the third-party apps are disabled. If the restarting and freezing problem is gone at the moment, then you know one of the downloaded apps is to be blamed and for that, you need to uninstall starting in a descending until you feel the phone is working without any glitch. On the other hand, if the problem persists, either there is any bloatware causing the issue or the OS or at worst, the hardware related to it is triggering the issue. You can disable any bloatware and upgrade the OS if you want to eliminate these possibilities and even then the problem is present, visit the manufacturer to get it resolved.

Cache files may speed up retrieval process, however, these files are often vulnerable to a string of issues. It is also related to inducing sluggishness in terms of performance. This is why we recommend users to purge all types of cache which includes storage cache [Settings >> Storage >> Cache Memory], app cache [Settings >> Apps >> Downloaded >> Click on any app >> ‘Clear Cache’], and cache partition.

Next step is to take charge and clean storage. This is because apps when in use utilize both RAM and internal storage in order to perform its operations and functionalities. Note that those smartphones with less internal storage tend to suffer performance atrophy and sluggishness when there are a number of apps involved which also hoards the RAM which is limited as well.

Apps get things done in a jiffy may it be connecting with a friend or family seven seas apart or transacting a million dollars and whatnot. App developers push out updates every now and then to keep the app updated with the latest bug fixes, strengthening its walls against any unwanted intruders while allowing the app to gauge UI improvements and whatnot. This is why updating apps are crucial and failure to it can take away any of the things I just mentioned thereby making it vulnerable to issues. This is why you need to update all the apps which are accessible via Google Play Store >> My apps and games. Depending upon how you want to get the apps updated, you can choose either to update all the apps at once or update it one-by-one or leave it on ‘auto-update’.

Check for any Android updates

Next thing to keep in mind whilst troubleshooting the restarting and freezing problem is to check for Android updates. Because it is a known fact that the firmware your phone is running on could be vulnerable if left outdated for a long time. You can always search for any Android updates via Settings app on your device so that you stay ahead of the game and introduce bug fixes and certain improvements and add-ons that will make the phone using experience a delight. On the contrary, Android OS suffers fragmentation which means it could take from days to months or even years to receive an update for your device. In that case, you can install a custom ROM of your choice to receive updates further.

Rollback to the previous OS

Updating the OS surely fixes a lot of problems but it is not the only outcome. It is possible that although your phone is able to support Android Pie which is actually a heavier and more resource demanding OS than the previous Android Oreo, problems could kick in after updates. There are a number of outcomes such as the phone screen freezes at any given time or it is facing trouble opening an app or using any of the feature and so on. In such cases, you can always rollback to the previous OS that must fix the problem. If not, you can always seek help from any professional to get a resonating resolution.

Scrutinize the battery and the charger

It’s time to scrutinize the battery and the charger that can introduce the screen to freeze or put the phone in a random reboot startup at times. The thing to scrutinize here is if the charger or the battery is damaged or faulty or if it is incompatible or even duplicate copy of the original one or so where it can trigger restarting and freezing problem without fail. I would recommend sticking to an original battery and charger to steer away from any problem like this.

Perform a full-fledged factory reset on your phone

If you think the problem is software-related, you can pull off factory reset which is essentially the mother of all fixes and that restore any phone from any issues that it might have encountered.

To pull off a factory reset, start by turning off the device. Next thing you know is to press both power plus volume up buttons together that will trigger the device to start up. You need to keep the buttons held until an Android logo doesn’t appear on the screen. Now, you need to select ‘wipe data/factory reset’ from amidst the menu and it is all taken care of.

If doing any of the methods didn’t help the restarting and freezing problem, then you should probably move to an authorized service center and ask them to fix the problem although a charge, if not covered by a warranty of the device, will apply.