Nothing Phone 1 was released this year with an impressive rear design and mid-range specifications. The device comes with Nothing OS, based on Android 12. However, since, Google has already released the stable Android 13, Nothing Phone 1 owners also want to taste the latest Android OS. If you are also one of them, keep reading this post as we’ll guide you on downloading and installing Android 13 on your Nothing Phone 1.

How to Unbrick Nothing Phone 1 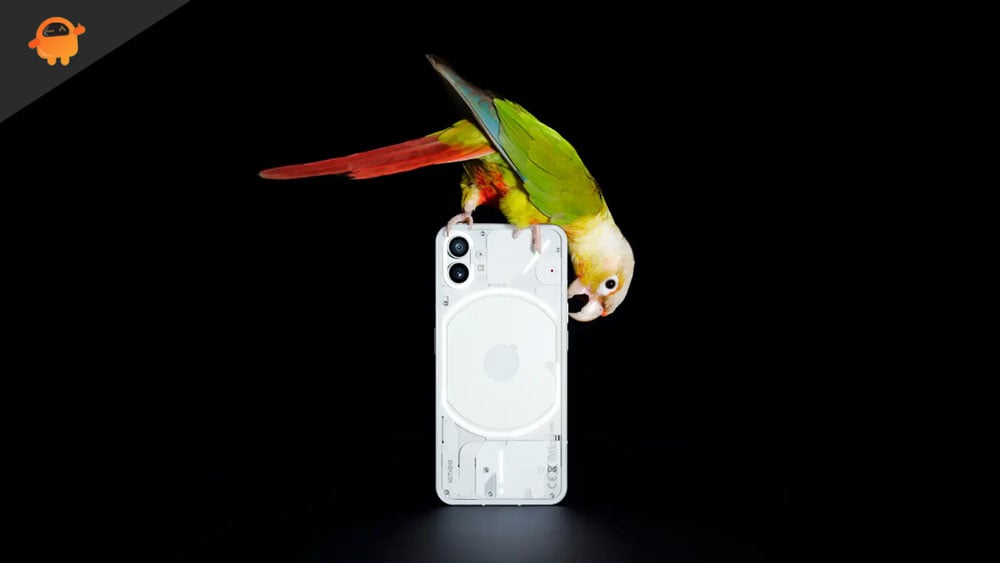 The Nothing Phone 1 features a 6.55 inches panel with a 120 Hz refresh rate. It is an FHD+ panel with a resolution of 1080 x 2400 pixels and an aspect ratio of 20:9. The screen has a peak brightness of 1200 nits. Under the hood, we get the Qualcomm Snapdragon 778G+ processor built on a 6nm manufacturing process. It is an octa-core processor with one Cortex-A78 core clocked at 2.5 GHz, three Cortex-A78 cores clocked at 2.4 GHz, and four Cortex-A55 cores clocked at 1.8 GHz. For handling the graphics-intensive tasks, we have the Adreno 642L. The smartphone comes with Android 12 out of the box with Nothing OS skin running on top.

The smartphone comes with three storage options: 128GB internal storage + 8GB RAM, 256GB internal storage + 8GB RAM, and 256GB internal storage + 12GB RAM. We do not get a MicroSD slot for storage expansion. In terms of communications, we get Wi-Fi 802.11 a/b/g/n/ac/6, Bluetooth 5.2, GPS, NFC, and USB Type-C 2.0. And for sensors, we get an under-display optical fingerprint sensor, accelerometer, proximity, gyro, and compass. Powering it all is a 4500 mAh battery that can be topped up quickly using a 33W power adapter. The company claims that the phone goes from 0 to 100 in 70 min. The smartphone is available in two color options: White and Black.

Android 13 does not bring a lot of design changes, since it has already happened in Android 12. But, a few features have been introduced that users were waiting for so long, such as a QR Code scanner in the Quick Settings, per-app language preference, and improved multitasking.

Updated Media Player and Audio Output Selector: With Android 13, Google has tweaked the design of the media player and audio output selector. The media player appearing in the notification area has a new look. The album image takes up the widgets’ entire background, and the controls have been moved a bit.

More Material You Color Schemes: Android 13 extends the available color schemes by offering more color palettes. This will be pretty modest, and some users may not even notice it. You need to dive deeper into the Color schemes option to apply the new color schemes.

Nothing has started pushing the Nothing OS 1.5 beta update, which is based on Android 13. It’s a beta release and thus limited to users who have opted to test beta builds. If you have applied for it, but the application got rejected, you won’t get the beta build officially. But, we have got you covered. We have the download link for Nothing OS 1.5 beta build. You can download and install it on your Nothing Phone 1. Before you download the beta update, take a look at the changelog below.

Grab the Android 13 update file for your Nothing Phone 1 using the download links below. Make sure to choose the correct package for your region.

How to Install Nothing OS 1.5 Beta on Nothing Phone 1

Before you install it, keep in mind the following points:

You are ready to install Android 13 beta on your Nothing Phone 1. We have detailed the steps below.

If you couldn’t flash the Android 13 file on your Nothing Phone 1 using the first solution, try this solution. Here we’ll use ADB commands to flash the OTA file. Follow the steps below in the same order:

9. Press and hold the power button. While holding down this button, press the volume up button and release both buttons. A recovery menu should appear on your phone.

11. Run the following command to sideload the Android 13 update package:

[Note: Do not forget to replace “filename” with the actual name of the file. If the file is not located inside the adb folder, you have the enter the complete path.]

12. Your phone will begin flashing the Android 13 OTA file. It may take a couple of minutes. Once done, select the Reboot system now option on your phone to boot the device to the system.

We hope this guide was useful to you. Were you able to install Android 13 on your Nothing Phone 1? If yes, name your favorite feature from Android 13 in the comments below.