Updated on December 8, 2020: Oppo has now announced the first batch of the official version of the Android 11 ColorOS 11 update for Saudi Arabia, United Arab Emirates, Bahrain, Qatar, Thailand, and Russia. For those who are interested in testing out all the latest features of the Android 11 based ColorOS 11, they can enroll themselves in this program. Note that users of the Oppo Reno4 Pro 5G need to be running version CPH2089PU_11.A.31 in order to be eligible for this program. As per the official post, you need to click ‘Settings’>> ‘Software Update’>> Click the settings icon on the screen>> Apply for Beta Version>>Update Version. And then follow the guide to apply. If this quota is full, then you will have to wait for the next batch to commence.

Updated on December 4, 2020: Oppo has released the complete Android 11 ColorOS 11 beta and stable rollout plans on Twitter. Notably, the beta and stable updates will be rolled out from this month, i.e. December. Here is when your devices will get the update:

Updated on December 1, 2020: Oppo has now begun the Android 11 ColorOS 11 beta testing for users in India, Indonesia, and Vietnam for the Oppo Reno4 Pro 4G and Reno4 4G. The application can be submitted starting from November 30. For Reno4 4G, users from Indonesia and Vietnam are eligible, while for Reno4 Pro 4G, users from India, Indonesia, and Vietnam are eligible. Notably, users need to make sure that their phone is updated with the latest version, i.e. A.21/A.23. In order to enroll in this beta program, you need to head over to Settings>>Software Update>>Click the settings icon on the screen>> Apply for Beta Version>>Update Beta Version. And then follow the guide to applying. If the quota is full, then you should wait for the next round to commence.

Updated on October 20, 2020: Good news for the Oppo Reno 4 5G smartphone users in India. Because the OEM has now started looking for beta testers for the Android 11 ColorOS 11 update. The quota is limited to only 100 members and the testers will be called Alpha testers. The users will get monthly rewards and sufficient time to test out the Android 11 ColorOS 11 update to locate issues and give feedback to the developers. The time for enrollment has started from October 19- October 22, 2020. The update will be released for the users within 3 days of application. To enroll yourself, head over to this website.

Updated on September 11, 2020: As per new information, the Android 11 ColorOS 11 beta recruitment program for the Oppo Reno 4 Pro has kick-started last week. And currently, the second leg or phase of the beta program is underway. The list of selected users will be out on September 14, 2020, and three days later the Android 11 ColorOS 11 update will be pushed for these users. Currently, this program is live for the users of Oppo Reno 4 Pro in China. A total number of 300 users will be selected for this beta program.

Updated on September 9, 2020: Oppo has made some refreshing changes to the name of the ColorOS version that will be arriving with the Android 11 update. Notably, the company is matching the version number of its custom UI with that of the Android version. Meaning that the next update will not be ColorOS 8, rather it will be ColorOS 11. Notably, this information was shared by ColorOS official Twitter handle, and the company will release the ColorOS 11 Android 11 update for the Oppo Reno 4 Pro on September 14.

🚨 ATTENTION🚨
#OPPOColorOS11 based on #Android11 is coming! Save the date to uncover the endless wonders of ColorOS 11 by joining our Global Launch Event at 9AM (GMT) on September 14th! pic.twitter.com/IOzTmTGNpi

The Reno 4 Pro is the latest Oppo device to be added to the Android 11 (ColorOS 11) Closed Beta Recruitment. Google and OnePlus are known to be among the frontrunners when it comes to providing timely Android upgrades. However, this time Oppo has been quite impressive as well. We should look no further than the Oppo Find X2 and Find X2 Pro, both of which had received the Android 11 beta update right in June itself.

After that, there has been no looking back. There have quite a few devices lined up for the Android 11-based ColorOS 11 beta recruitment drive. These include the Find X2, Find X2 Pro, Reno 3, Reno 3 Pro, Oppo Ace2, and Oppo Ace2 EVA. Now, you could add the Oppo Reno 4 Pro device to this list. The successor to the ColorOS 7, the latest iteration has bought in tons of new features as well as some improvements and optimizations.

These include the Improved Dark Mode, One-time App Permission, Improved Battery Backup, Go Back Gesture, Double-tap Gesture, among others. And now that the Oppo Reno 4 Pro Android 11 (ColorOS 11) Closed Beta Recruitments has started, the device owners could get these feature lists pretty soon. If you are looking to join this beta drive. then here is everything that you need to be aware of. 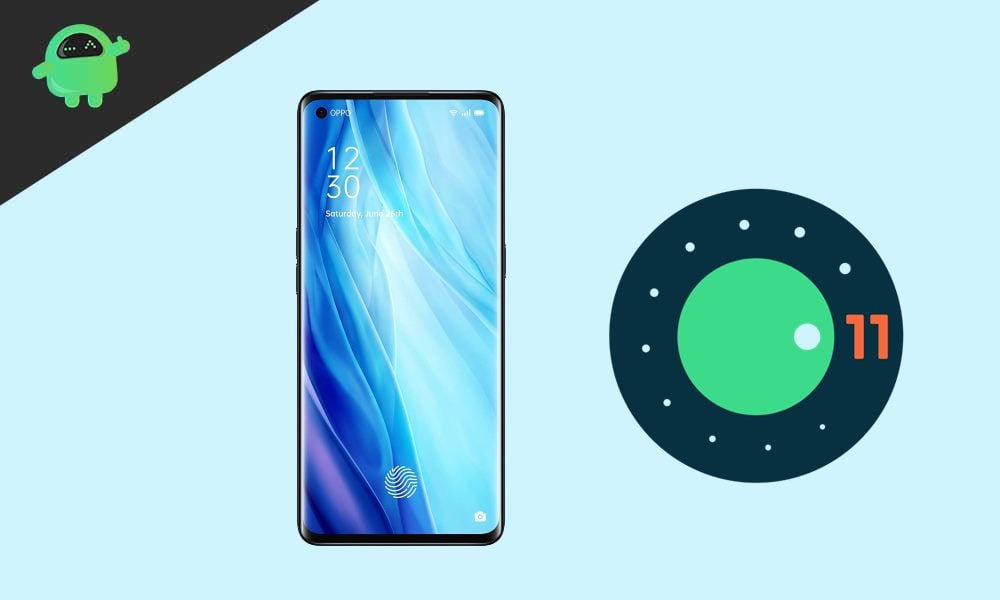 To begin with, this closed recruitment is only for the PDNM00 and PDNT00 models of Reno 4. Furthermore, it is only limited to China as of now. The recruitment period is scheduled to start from September 5th and will culminate on September 8th, 2020 at 12:00. Talking about recruitment, it is limited to 300 pre-upgrade internal test users only.

The list of selected beta testers will be published in batches. The first list will make its way on 8th September. After which the follow-up list will be uploaded accordingly. Along the same lines, the Version Push will be pushed in batches and should be expected within three business days of the announcement.

Before you proceed to apply to the Oppo Reno 4 Pro Android 11 (ColorOS 11) Closed Beta Recruitment, there are a few important points worth mentioning. Since it is in the development stage, it wouldn’t be as stable as the official version. Furthermore, you might also encounter some bugs and compatibility issues along the way. Also, your device should also be updated to the software version A.22/A.23.

Likewise, we would also suggest you create a complete device backup as well. On that note,  if your device meets all the aforementioned requirements, then head over to this site. Fill in the required fields and submit the recruitment questionnaire (consider using a translation service to translate the form into the English language). You could find out the result on the OEM’s announcement page itself, right at the bottom of the page.

With that, we conclude this post on the Oppo Reno 4 Pro Android 11 (ColorOS 11) Closed Beta Recruitment schedule. Do keep in mind that as of now, it is only limited to the users in China. As and when (or if) there would be an announcement for the global rollout, we will update this post. In the meantime, you could go through our iPhone Tips and Tricks, PC tips and tricks, and Android Tips and Trick.