Updated on March 15, 2021: Finally, Realme started recruiting the Realme 7i beta testers for their Realme UI 2.0  in India. To be a part of the early access program, you need to make sure you are running the RMX2103PU_11.A.37. You can follow this guide below to apply for the Early Access program. Open your Settings -> Software update -> Tap on the settings icon in the top right corner and click trial version and tap on apply now. You have to submit your details and finish the quiz.

Realme is never shy of launching new phones every month, especially in the budget segment. A new addition to the affordable number series of Realme is the Realme 7i. It was recently launched on the 17th of September 2020. And for those who are planning to buy an affordable phone, the Realme 7i could be the right choice for many. Though the handset is quite new in the market, some of the users are eager to know about the Realme 7i Android 11 (Realme UI 2.0) Update so, let’s check out the tracker details here. 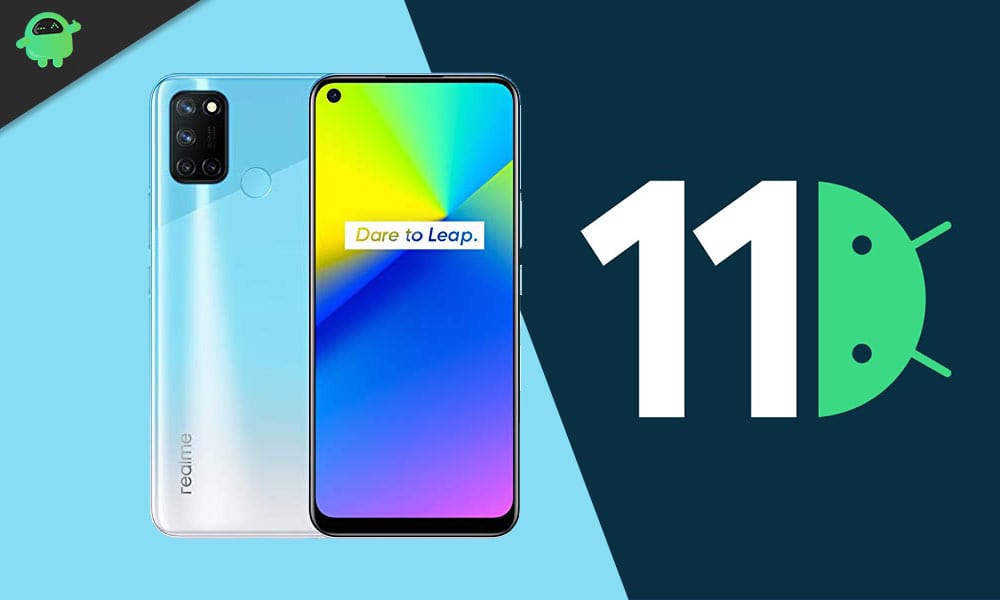 The Realme 7i comes with a 6.50 inch IPS LCD 90Hz display with a 720×1600(HD+) resolution. It is a left punch hole full-screen display with an aspect ratio of 20:9. Under the hood, we have the Qualcomm Snapdragon 662 along with RAM of up to 8GB. Yes, it is not the best or top of the line processor, but it offers excellent value for the price, and together with the Adreno 610 GPU, it handles most tasks and games easily.

On the rear side of the device, we get a quad-camera setup consisting of a 64MP primary camera with f/1.8 aperture, an 8MP ultrawide camera with f/2.3 2MP macro sensor with f/2.4 aperture, and a 2 MP depth sensor with f/2.4 aperture. At the front of the punch hole, we get a 16MP camera with an f/2.1 aperture. In terms of battery, we get a huge 5,000 mAh battery with support for proprietary fast charging. The phone comes with 128GB of internal storage and support for microSD expansion via a dedicated slot. We get all the basics in terms of connectivity, that is, Wi-Fi 802.11 a/b/g/n/ac, GPS, Bluetooth v5.0, Type-C, 3G, and 4G along with all the necessary sensors, which include accelerometer, ambient light sensor, gyroscope, proximity sensor, and fingerprint sensor.

The phone comes with Android 10, and it is available in two color variants: using Green and Fusion Blue. The Realme 7i starts at just 11,999 INR. The USP of this device is the low price and the high refresh rate. It is not common to have a budget device so cheap using a panel that runs on 90Hz. For people looking for a budget device with a high refresh rate, the Realme 7i is an obvious choice.

To recall, the Android 11 stable version got live on September 8, 2020, by Google just like every year. It not only improves the overall system stability but also offers other system improvements as well including plenty of visual changes in the UI elements. Let’s take a quick look below at some of the popular and useful features of Android 11 and then we will head over to the Realme 7i Android 11 update details below.

According to Realme officials, the company mostly provides two major Android OS updates to all of its devices from the date of launching. Therefore, as the Realme 7i handset runs on Android 10, it will surely get a stable Android 11 update over Realme UI 2.0 skin.