Back in 2018, when Realme launched their first smartphone model, Realme 1, since then, they never look back. Over the years, they proved to be a budget-friendly smartphone maker brand. Recently, they have launched Realme C21 and C21Y that becoming the chartbuster smartphone of the year 2021. Realme launched both smartphones just to target the budget range market with some decent specifications.

In this guide, we will show you the real image of the UFS ISP pinout and test point for the Realme C21 and C21Y (RMX3201 / RMX3261). By using the ISP PinOUT, you can easily restore the stock ROM, bypass FRP lock, or reset user data on your device via Z3X EasyJTag Box Tool or UFI toolbox. 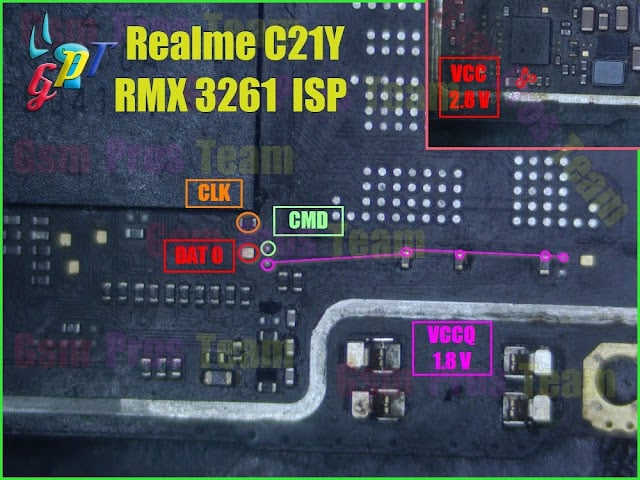