With Xiaomi having so many devices up its arsenal, it is no easy task in providing timely Android updates. But keeping a few delays aside, it usually delivers upgrades in a timely manner to all its eligible devices. As of now, the latest news in this regard is coming from one of its Note series. The Xiaomi Redmi Note 7 device has started receiving the Android 10 update. At the time of writing, it is for the China region only.

The device was launched at the beginning of last year, with MIUI 11 (based on Android Pie 9.0) as the underlying OS. So the stable Android 10 update was always there on the cards. However, there wasn’t any specific timeline as to when this update will make its way. But now it is finally available and comes with the firmware version V11.0.2.0.QFGCNXM.

As far as the changelog of this update is concerned, there’s not much to rejoice. It only mentions that there is a Stable MIUI based on Android 10. This might disappoint quite a few users as the update is still based on the earlier MIUI version. Furthermore, this proves that you wouldn’t be able to enjoy any of the offerings from the latest customized OS from Xiaomi.

For the unawares, MIUI 12 brings in Improved Dark Mode, Sensory Visual Design, Super Wallpapers, New Animations, New Gestures, AI Calling, Enhanced privacy, and plenty of other goodies. For the complete list, refer to our detailed MIUI 12 update. Anyways, as far as the changelog goes, Redmi Note 7 users shouldn’t be surprised with the lack of features with the Android 10 update.

The reason being the fact that the Chinese OEM usually couples in features with new MIUI updates, rather than with a new Android upgrade. Anyways, the Android 10 itself has quite a few noteworthy features including Live Caption, Sound Amplifier, Gesture-based navigation System, Foldable and 5G ready, System-Wide Dark Mode, More Control over Privacy, Family Link, Focus mode among others.

With that said, you could now download the latest Android 10 stable update for your Redmi Note 7 device. As mentioned before, it is only for the Chinese variant as of now. 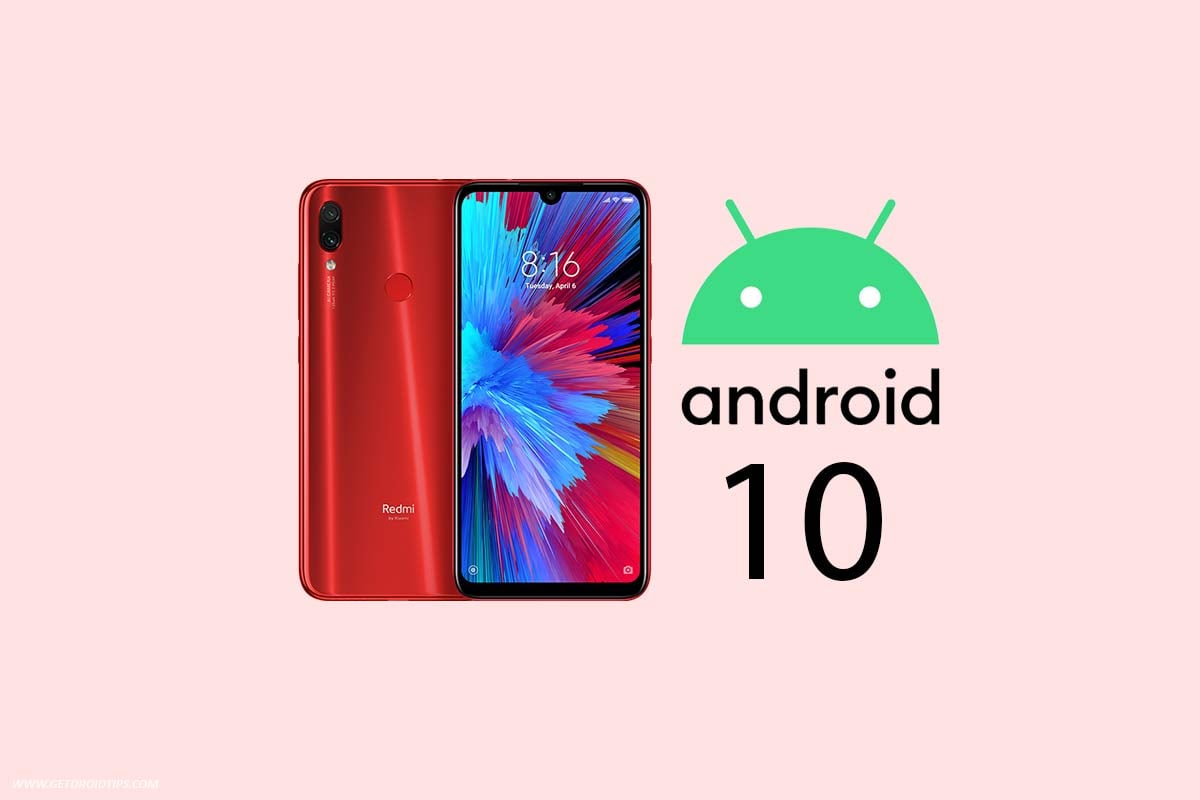 Refer to the below changelog and then grab the download link from the subsequent section.

– Stable MIUI based on Android 10

With that said, we will update the guide as and when the update is live for other regions. Bookmark this page for further developments. In the meantime, if your device hasn’t yet received the Android 10 update, get yourself acquainted with our iPhone Tips and Tricks, PC tips and tricks, and Android Tips and Trick section.