The MIUI team launched a global event on 19th May 2020, introducing the MIUI 12. Well, for a rough knowledge, MIUI is an Android-based OS developed by Xiaomi. All the previous versions of this operating system have done a great job. Thus, it helped Xiaomi phones to earn people’s appreciation and love from all over the world.

There had been a drastic change in its revolution from MIUI 7- 11, and now its time for MIUI 12. Fortunately, the entire team claimed that the new update would provide a more refined user experience since they did extremely best in building this masterpiece of the decade. And after a long wait,  the MIUI 12 has finally rolled out for the Redmi K20 devices.

Hopefully, it would appear very soon for the other devices in the global market as well. So, let us have a quick look at all the devices in which the MIUI 12 updates will be made available. Also, we have mentioned the highlighted features and improvements we are going to see in this new update. 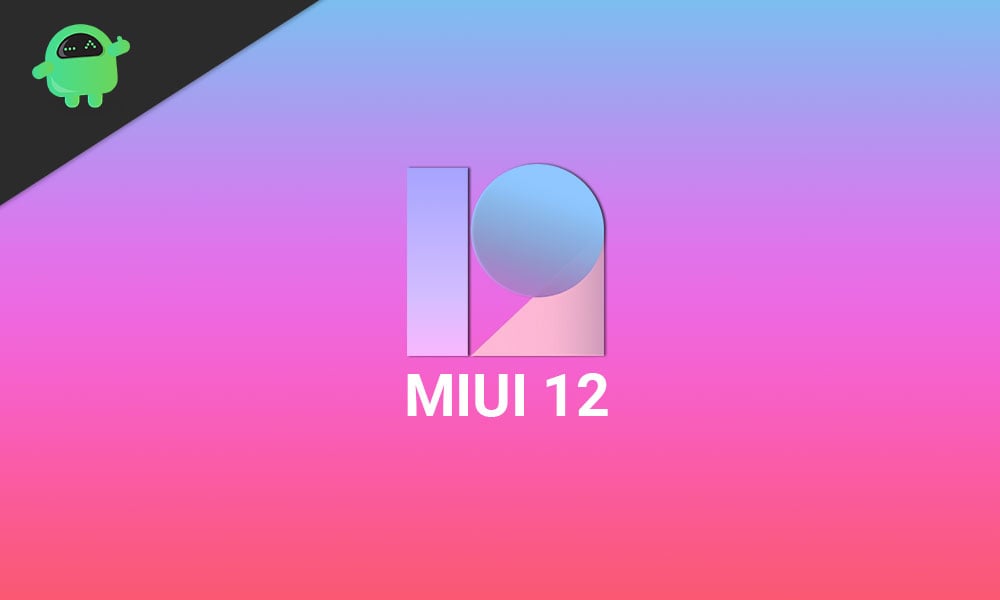 Probably the first question that might have popped up in your minds reading this post, would be what are the new features and enhancements this new iteration of the Xiaomi custom UI packs in. Well, we will not eat up your time and jump right into the features of MIUI 12:

Yes, a dark mode was already there with the MIUI 11, but what Xiaomi has done with Dark Mode 2.0 in the MIUI 12 is great. The new dark mode 2.0 will bring a wallpaper dimming feature that dims the light of the wallpaper as per the time of the day. Xiaomi has also brought in a tweaked the way text would be displayed as the user switches between dark and light modes. The contrast of the font is automatically adjusted as per the time of the day, making it easier for the eyes to read at night and in low light conditions. 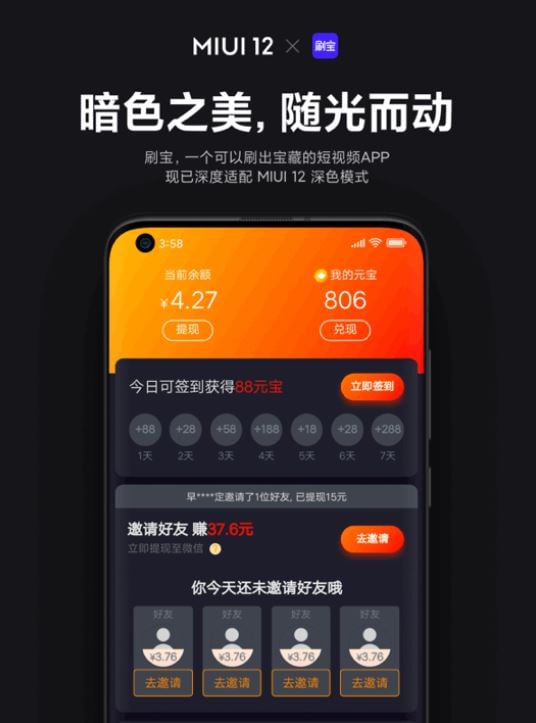 MIUI 12 brings in a feature that allows peeking into the system performance all in one place. You can view the system status at a glance and Xiaomi is calling this feature, the Sensory Visual Design. It is basically, all the information related to your phone, battery, the screen on time, etc. in the form of a detailed graph and visual diagrams that can be viewed under Settings. 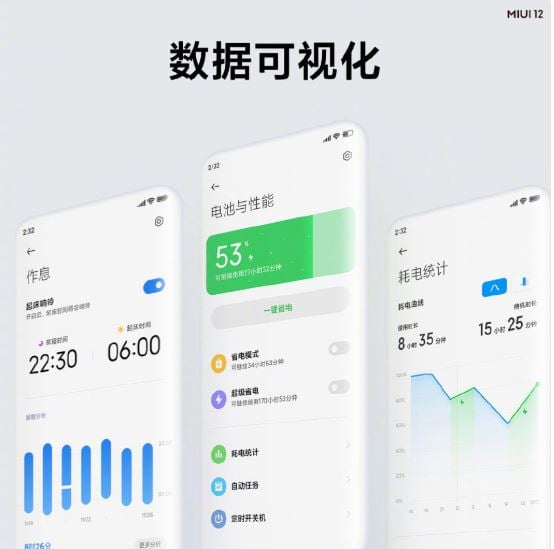 Now if you are a fan of geographic or terrestrial wallpapers, then this will excite you as the MIUI 12 brings in 3D models of Earth and Mars as Super Wallpapers. This is completely based on the space data and you will be able to set these super wallpapers both as your wallpaper on your lock screen or home screen. What’s more interesting is that as per the time of the day, the planets will also change its color to enhance the visual experience. 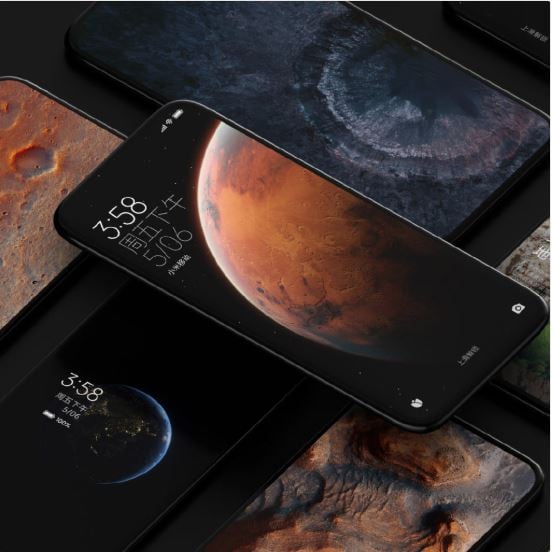 Xiaomi has completely revamped the animations on the Xiaomi phone with the MIUI 12. You will now see some new animations when you workaround apps. You will see realistic weather animations, real-time weather changes, and more. App icons animations are also refreshed, and certain animation sounds are also added to make your experience a visually brilliant. 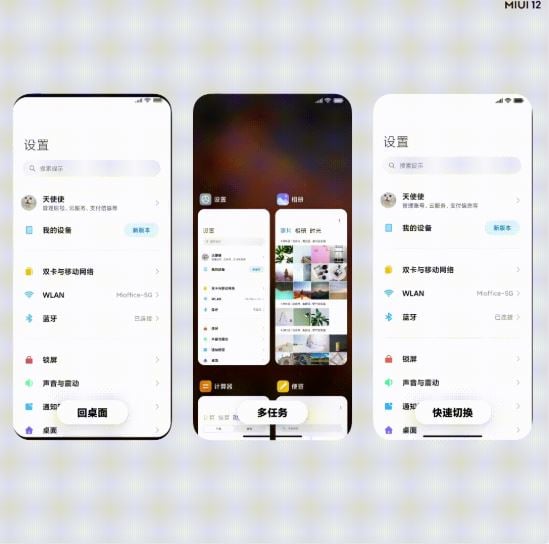 Xiaomi was planning way ahead and was testing the Xiao Ai to improve the calling experience of the users. Now with MIUI 12’s AI calling, you can customize the opening language, freely switch between automatic answering or manual reply, and you can also direct automatic answering, no longer worry about harassing calls, and more. However, note that it is not clear whether this feature will be made available for the devices outside China or not. 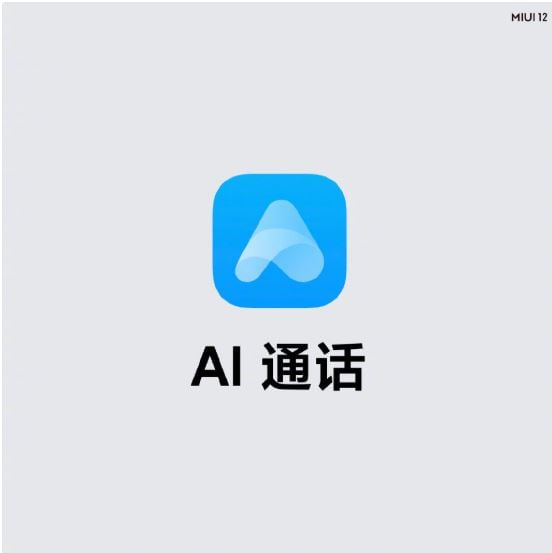 MIUI 12 now topples the privacy and security of the device making it more secure. You can now choose to grant permissions to an app-only once or while you use it and for certain apps that do not mention why the data and the permission are used, those apps will not be provided with the Always Allow option. You will also be able to track the performance or behavior of the app on your phone. Image sharing has also a new privacy setting, when you share any image, the details related to your phone and your personal information will be removed from the image.

MIUI 12 was spotted running tests on a new camera mode i.e. VLOG mode when it was based on Android 11 beta. Apparently, the VLOG Mode has been engaged on MIUI 12 and has already found its way to the global Mi Note 10 series, Mi 10 series, and Mi 9 series among other devices. The new mode features Rhythm and Story mode that users can use to create exceptional VLOGs.

Update as of September 10: Stock Android offers a lot of features and adding a custom skin adds a string of new features to it. One such feature that Xiaomi’s custom skin MIUI had was the readily accessible Control Center even when the phone was locked. This raised a lot of questions around privacy of the users.

This is when Xiaomi has finally confirmed that it will hide the Control Center when the phone is locked to prevent any unauthorized access to any of the features on Quick Settings. The said feature is already in testing phase on the Chinese ROM and thus, it will be rolled out globally once the user testing there is done and the feature is ready for shipping.

MIUI 12 introduces Paper Mode under Reading Mode that adjusts color temperature of the display to suit your eyes during nighttime. It adds paper-like texture that makes users feel like they are reading a physical book. This has been enhanced further.

This feature adds the ability to fine-tune music and output via speakers, earphones, and headphones. It allows users to tweak the bass, equalizer, and other variables to get the best output on their devices.

Xiaomi rolled MIUI 12 China Beta version 20.6.23 for Xiaomi’s supported devices. Here are the downloads, you can follow our guide to install it.

So, there you have it from my side in this post. Note that the list above provided is for the Chinese variants of the Xiaomi phones, and it is not clear whether the above list will be the same for the Global models or not. We will keep you posted once that information is out. Until the next post…Cheers!