The South-Korean OEM Samsung has recently launched its A-series entry-level budget category smartphone named Samsung Galaxy A01. The device runs on Android 10 on-the-top of One UI 2.0 skin. Speaking about the handset, it has an HD+ display, an octa-core chipset, 2GB of RAM, 16GB storage, etc. Meanwhile, the device looks awesome in a 19.5:9 aspect ratio display with a waterdrop notch. In this topic, we will share the official Samsung Galaxy A01 Android 11 R release date and feature guidelines. 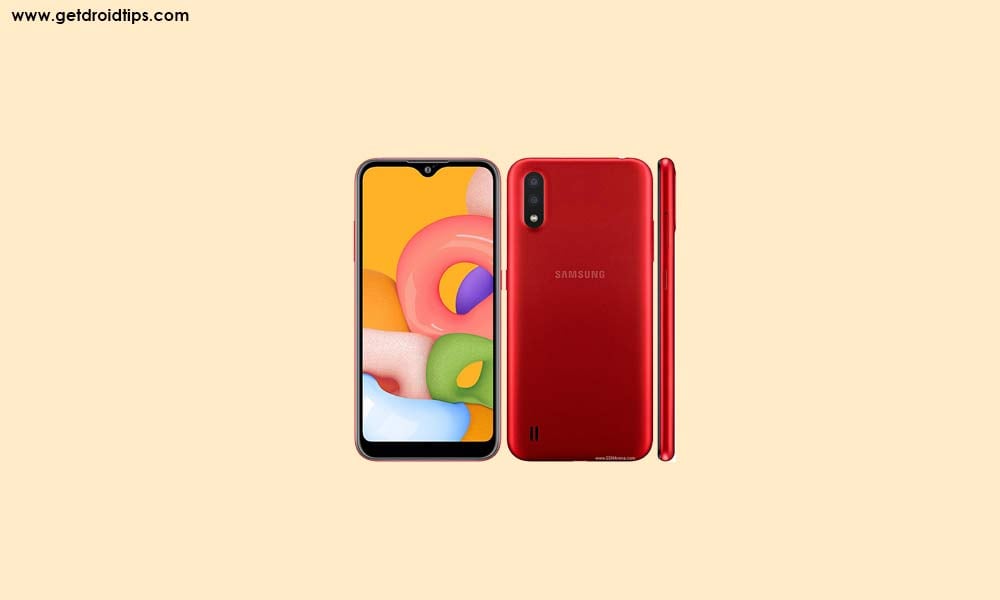 The Galaxy A01 packs a 5.7-inches IPS LCD HD+ display with 720×1560 pixels resolution. It’s equipped with an octa-core chipset, paired with 2GB of RAM and 16GB of onboard storage. The storage is expandable up to 512GB via a dedicated MicroSD card. It also sports a 13MP (wide, f/2.2) + a 2MP (depth sensor, f/2.4) lens with Auto Focus, an LED flash, and more. While the front packs a 5MP (f/2.0) selfie camera that has some modes like AI Portrait, face detection, and more.

The handset is backed by a decent non-removable 3,000mAh battery. In terms of the connectivity options, the device packs a 3.5mm audio jack, Wi-Fi 802.11 b/g/n, Bluetooth 4.2, MicroUSB 2.0 port, GPS, A-GPS, FM Radio, and more. On the other side, the device features an ambient light sensor, proximity, an accelerometer sensor, and more.

Android 11 for Samsung Galaxy A01

Since Samsung is quite busy in rolling out the One UI 2.0 (Android 10) update for the devices and there are quite a few devices waiting in line. So, it seems unlikely that the Android 11 update announcement will be made anytime soon. It is expected that the update will be made available for the Galaxy A01 users only the next year after the stable Android 11 update comes out for the Google Pixel devices. We will keep you in the loop once we have more information in this regard.