Offworld Industries has done a great job by releasing a realistic military tactical FPS multiplayer video game called ‘Squad‘ that offers stunning military combat gameplay experiences in a co-op mode with up to 100 players with a bunch of weapons, base building, VoIP system, etc. Though the title has received plenty of positive reviews on Steam, it seems that plenty of players are encountering the Squad Not Showing Servers error while getting into it.

Now, if you’re also one of the victims to encounter such an issue then make sure to follow this troubleshooting guide completely to fix it. Several reports are claiming that Squad players are receiving the ‘servers not available’ or ‘not connecting to the server’ error while trying to load into the multiplayer sessions. Even after retrying the process doesn’t come in handy. Maybe there is an issue with the internet connection or the Squad server outage happening. 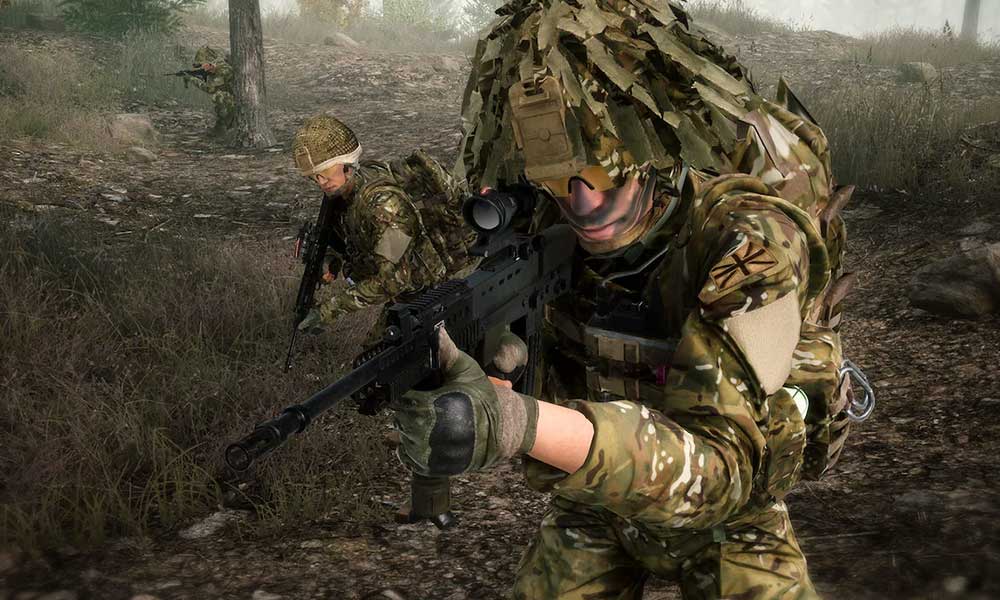 It seems that sometimes the corrupted networking configuration at your end or a temporary firmware glitch with the system is causing such conflicts. Whereas antivirus software prevents ongoing connections, an outdated or corrupted game version, missing game files, etc can be another possible reason behind the game servers not appearing issue at your end. Well, there are a couple of workarounds mentioned below that should come in handy.

You should always cross-check your internet connection because a poor or unstable network can eventually trigger plenty of issues while connecting to the game servers online. Make sure to disconnect other devices from the same network which are unnecessary to avoid slow internet speed. If in case, your internet network isn’t stable or fast enough then make sure to contact your service provider for further technical assistance.

It’s also recommended to try performing a power cycle method on your Wi-Fi router because temporary glitches can also cause issues with the network connectivity whatsoever. To do so, power off the router and unplug the power adapter from the power source > Wait for around 30 seconds then plug back the power cable in > Turn on the Wi-Fi router to check for the issue.

The second thing you should do is to check the Squad game server status by visiting the @JoinSquad Twitter handle for real-time updates and info regarding the server as well as the game patch version. If in case, there is an issue with the server then make sure to wait for a couple of hours and then try playing again. If you’re not facing any kind of server-related issue then you can skip to the next method.

Make sure to restart the PC to refresh the system glitch (if any). Though it’s a basic thing, some players did find this useful in a few scenarios.

It’s also recommended to update the Squad game on your PC to ensure there is no conflict with the outdated game patch version. To do so:

You should also verify and repair the game files on your Windows computer to ensure there is no corrupted or missing game file troubling you to get into the game server. To do that:

In most cases, it’s also possible that your specific device software version becomes outdated for a while. Obviously, an outdated system version or build can cause multiple issues with the program running in some cases. To do this:

If in case, you’re still encountering the servers not showing up issue at your end then make sure to follow the steps below to delete the game’s local app data folder to refresh it.

You should delete the corrupted DNS cache that consists of the internet protocol configuration on your PC by following the steps below. Sometimes outdated or corrupted DNS cache data can eventually cause some issues with the networking connectivity whatsoever. To do that:

We should suggest you disable the IPv6 (Internet Protocol Version 6) on the Windows PC under the network properties section to avoid server connectivity issues. These days most of the service providers offer IPv4 protocol so IPv6 protocol might conflict a lot. You can follow the steps below to do so:

You should also make sure to sign out and sign back into your game profile account to cross-check whether there was a temporary glitch with the account or not. Some affected Squad players did find this trick helpful.

Netsh is a command-line utility tool that basically helps Windows users to restore network connectivity on the PC. ‘Winsock’ means ‘Windows Sockets’. It’s a set of files that allow Windows programs to easily connect to the internet and other computers. If you’re unexpectedly seeing no servers at your end then you can follow this method. To do it:

12. Scan for Adware or Malware

It’s also better to scan for potential adware or malware viruses on your computer to make sure there are no harmful files available on your system. Such virus files will affect the system files to run properly and eventually block ongoing connections from the system which will lead to server connectivity issues. Whatever security software you’re using, just make sure to perform a deep scan to check for the issue. Otherwise, you can use Windows Defender by default.

If in case, you’re using any third-party antivirus program on your PC then just turn it off. Additionally, try disabling the firewall protection on your PC because it can block ongoing connectivity.