Since the number is quite a bit and most weapons give a tough competition regarding the stats, it becomes a tough choice. But here we are with you to help you find the best weapons to farm in Tiny Tina’s Wonderlands game in 2022. You can get your hands on these items/ weapons through the initial loots, enemy drops, and vendors. However, the important question here is; which weapons should you farm in Tiny Tina’s Wonderland?

Just like the entire borderland series, Tiny Tina’s Wonderland also deserves genuine appreciation for its fiery and shooter weapons in the inventory. Being a spinoff of Borderlands, you will see a lot of similarities in both the games. However, both are unique at their level if you give a close look. The new collection of items can even overwhelm you with such a hefty number of legendary choices to make.

Well, there’s no doubt that Tiny Tina’s Wonderland’s inventory holds a lot of legendary weapons, spells, and many more magical items. And the fact that there are quite a few possible ways to farm them makes them easily accessible. 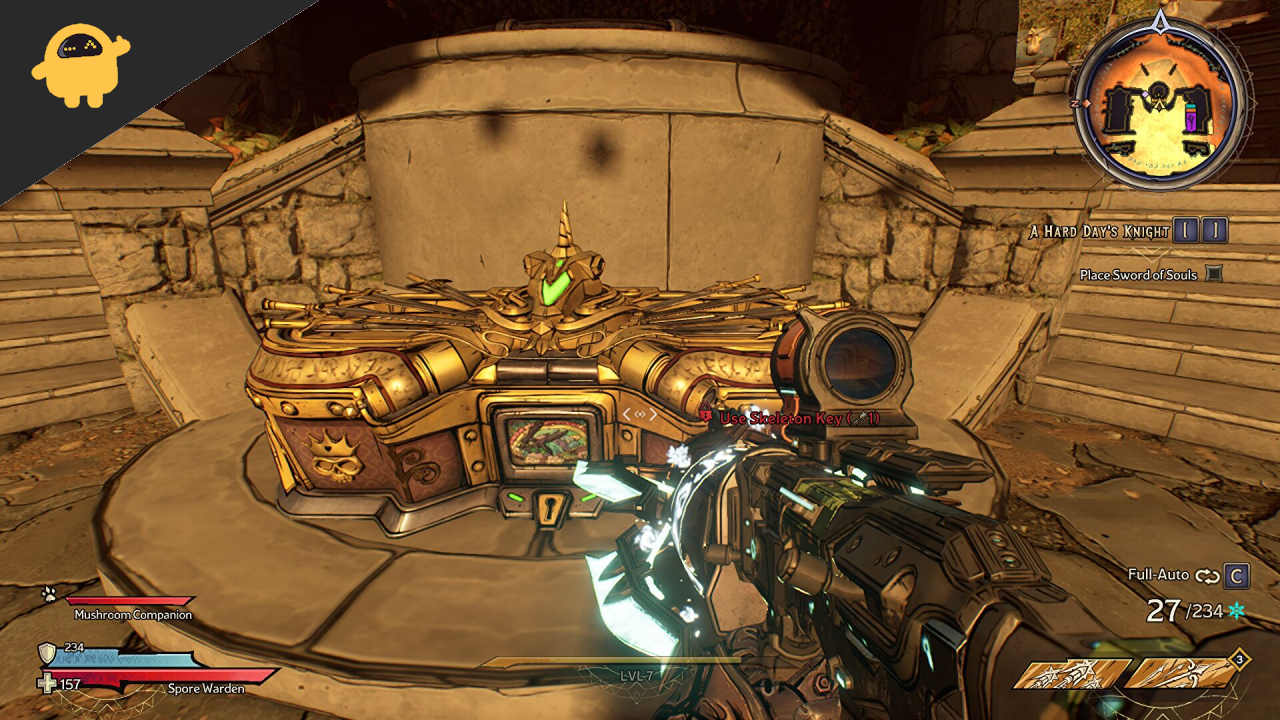 Whether you have just started with Tiny Tina’s Wonderland or if you are already at the max level 40, weapons are an all-time requirement in the game. Players who have already reached level 40 are allowed to explore the difficulty levels of the Chaos Chamber starting from 0 to 20.

And to go through all of these, you will need more legendary weapons. Hopefully, this list will serve all your needs and help you thrive in the game. 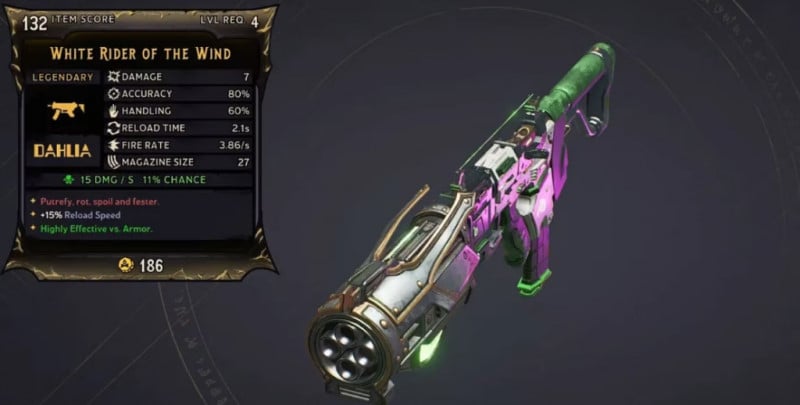 This legendary weapon from Dahlia is an immensely effective option especially when it comes down to shooting multiple targets at a time. While it comes with tremendous DPS, White Rider’s special ability to release fire-attached beam shots further outshines its caliber.

Such power provides the player with more freedom to move around during the battle and make some good kills at the same time. Furthermore, the weapon is so reliable that you can even consider it for a head-to-head match with the bosses.

White Rider can be obtained early in the game while farming the Son of a Witch Boss at Karnok’s Wall. Although compared to some weapons it might take some time to find it; it is still an early comer coming from its league.

Thumbsbane is simply an idle weapon for most parts of the early game. With significant DPS and medium-range crowd control, Thumbsbane gives you an edge over weak and fast-moving enemies. And since you will be playing a lot of such foes in the early games, this weapon can be a complete savior then.

However, it somewhat falls low in the later parts of the game. So, once you feel it has served its purpose, you can shift to other weapons with higher stats and power.

Looking for an early drop monster in Tiny Tina’s Wonderland? Nightshade will end your search completely. The SMG is simply an overpowered machine that can be found very early in the game, right in the tutorial map’s Castle Harrowfast.

On top of that, Nightshade also comes in different forms, each of which varies in some way or another. However, the Frost variant turns out to be the most powerful among all variants. With very high DPS, extra damage, and debuffs, it is the best at its job.

Apart from these, the weapon has other special tricks that can surely easily lure any enemy. Firstly, it can freeze multiple targets and create opportunities for the melees. Moreover, it can further slow down the enemies and get critical bonuses.

Simply put, even though it is not a legendary weapon, it can still be a crucial choice to turn the heat during battle. 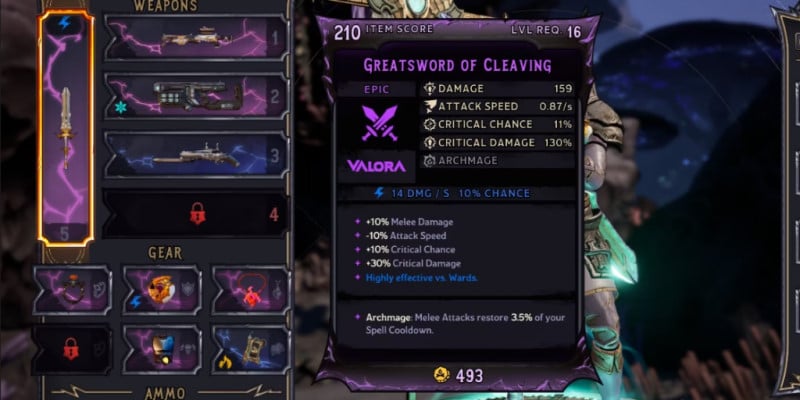 Just as the name suggests, the Greatsword comes with great power too. Each hit can take down multiple enemies further inflicting major damages and stealing a hefty amount of their health.

Despite the fact that the Greatsword lacks in terms of speed, it is a highly reliable one. Adding more to it, Greatsword also provides other advantages in the form of critical bonuses, extra elemental damage, ward advantage, etc. 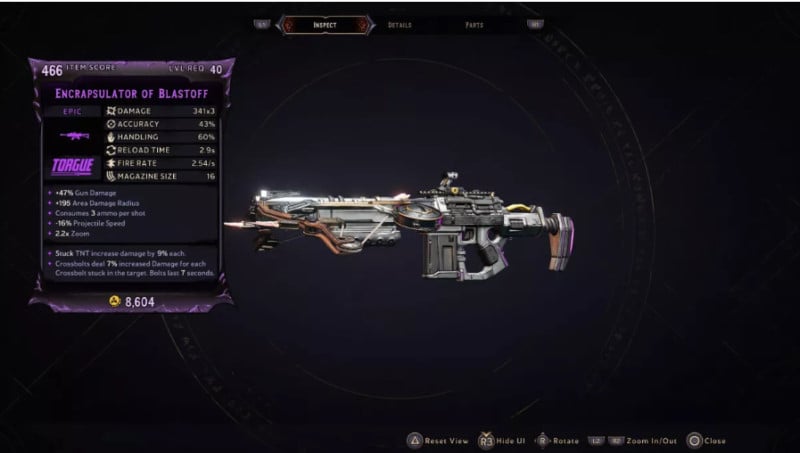 Once again, not a legendary one but the Encrapsulator has enough potential to even rely on during a boss fight. One thing about this weapon is that you can get them quite easily as world drops or in the vending machines.

Look for them in the Chaos Chamber and you will most probably come by a few of them. Once set to the sticky firing mode, Encrapsulator becomes an ultimate killing machine landing rapid hits on the target.

Although each shot uses 3 ammo, per stuck TNT increases the damage dealt by huge numbers. If that is not enough, you can even use the crossbolts dealing an extra 7% damage per stuck. 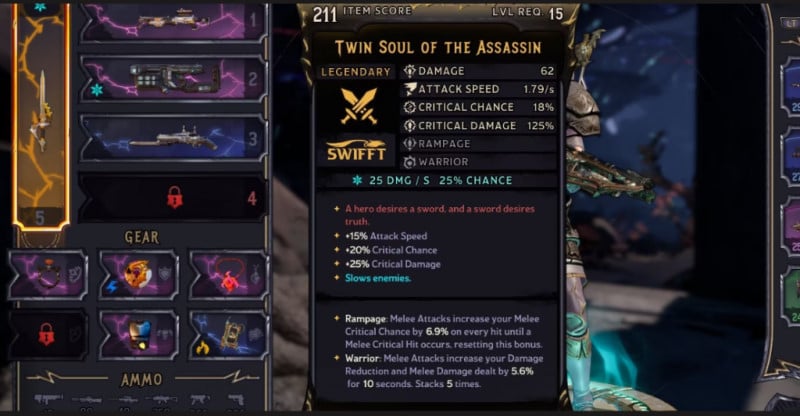 Talk about the best melee weapons and Twin Soul is here to meet every last wish of yours. These twin blades serve you perfectly as a whole melee weapon. Their overwhelming attack speed absolutely compensates for their mid-damage capability.

Just by throwing off your melee attacks, you can inflict critical damage and slow down your foes. This assassination machine allows you to move in freely in heated battles and comfortably handle the ones with decent mobility and speed. You can use the Twin Soul with a heavier weapon such as the White Rider to make an invincible combo. 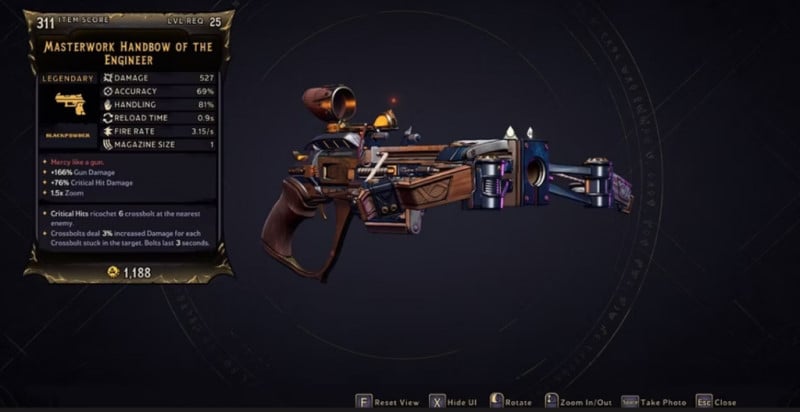 Remember the Queen’s Call from Borderland 3? Well, the Masterwork Handbow is going to recall similar experiences. Its high damage output and critical bonuses make it a perfect choice that you can hang onto for quite some time. The bonuses further offer you additional shots as well.

So, as long as you can keep up with the critical, you can constantly keep firing. It can be a deadly weapon especially while shooting a bunch of enemies.

However, as a rare drop from Captain’s Swallow, it is quite a typical one to get your hands on. Yet if you keep looking for it in the Chaos Chamber, you might as well find it. 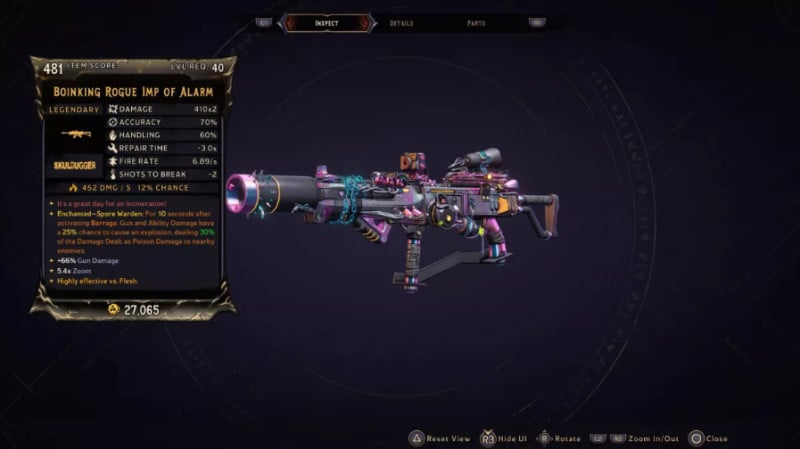 Lastly, we have the Rogue Imp, another killing machine found mostly in the Chaos Chamber. Its 2X damage and fire effect make it a reliable one for mobbing.

With high DPS and overall decent stats, Rogue Imp can serve pretty well during the early battles. It can even melt its target in a split second. Even if not a perfect one to fight bosses, you can keep up with it in the long battles without any hindrance.

Having an inventory full of melee weapons, it can be pretty hectic to decide which weapon to go on with. And since Tiny Tina’s Wonderland features a lot of Borderland, we all know how intense things might get. Therefore, having a sheer weapon with good damage, bonuses, stats, etc becomes a primary need.