Huawei is back with its Honor series and launched this new device this September 2018. The new Honor 8X smartphone is the latest device by the company which comes with exceptional build quality and a budget price tag. Since this device is supposed to be budget oriented, many customers want to know whether the device can survive underwater or not. According to official sources, the device is not IP68 waterproof certified. However, we will still test it and will confirm whether Huawei Honor 8X is a waterproof device or not. So without wasting any further time, let’s start the Huawei Honor 8X waterproof test. 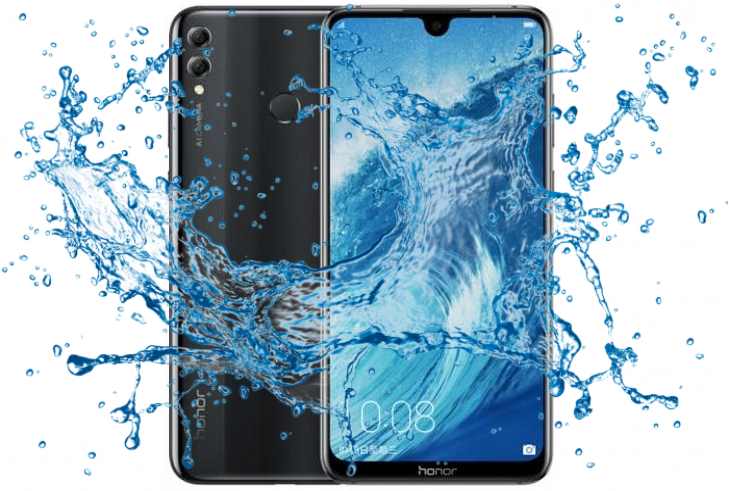 Since Huawei Honor 8X starts at a price range of 16,999 INR which is still high for a lot of customers. So customers don’t want to take any risk with this purchase. So to confirm wether Huawei Honor 8X is waterproof or not, let’s start the test.

Before we start with our  Huawei Honor 8X waterproof test, let’s get to know some of the latest highlights and features of this device.

Also read: OnePlus 6T Review and Specifications & FAQ: What You Should Know

When Huawei Honor 8X is subjected to water droplets, it resists them due to its oleophobic coating over its body. This gives a little bit of protection from water and also helps to stay non-slippery at the same time. The screen does not flicker while in water,

Also read: Samsung Galaxy S10 might come with a display cutout for camera

After testing Huawei Honor 8X in artificial rain condition, it is found that no severe damage is there in the device. The device works perfectly under rainy or showering conditions. However, the speaker volume goes down. However, the user can make or receive calls in such a situation.

When Huawei Honor 8X is subjected to running tap water, the screen fluctuates, and no touch inputs are registered. This triggers ghost inputs. However, no severe damage is observed with the device.

In this test, we try to check whether the water will go inside the device or not. Most smartphones come with a waterproof coating over their I/O ports. After I/O ports water test, it appears that Huawei Honor 8X is doing good as well.

After the dustproof test, no dust was found in the internal parts fo the device. This shows that indeed Huawei Honor 8X is dustproof.

Interested in more waterproof test articles? Check out these:

Is Xiaomi Mi Mix 3 waterproof with the new slider technology?