XP coins are a great way to increase your XP and level up the Battle Pass in Fortnite. You will even see some challenges in the game where you are required to find these coins. So it is wise to know where you can find these different coloured coins. Every week Fortnite refreshes the map, and new coins are added to it. So far we have had purple, green, blue and even gold coins in the recent 6th week.

Every week on Thursdays at 6 am PT, there is a refresh, and new coins are added to the map. If you can get your hands on the purple coins, you can get up to 10,000 XP, but you have to be fast. As soon as you touch a purple coin, it will break down into several other coins that you need to collect, or they will fade away. Next, we have the green coins which are the most common, and they get you 5,000 XP for collecting one. Then we have the blue coins which are hidden in specific items on the map. You have to break these items to collect the coin and get 6,500 XP. These items have a blue flickering light glow to spot them easily. Next, we have the latest additions, which are the gold coins. They get you the maximum amount of XP. 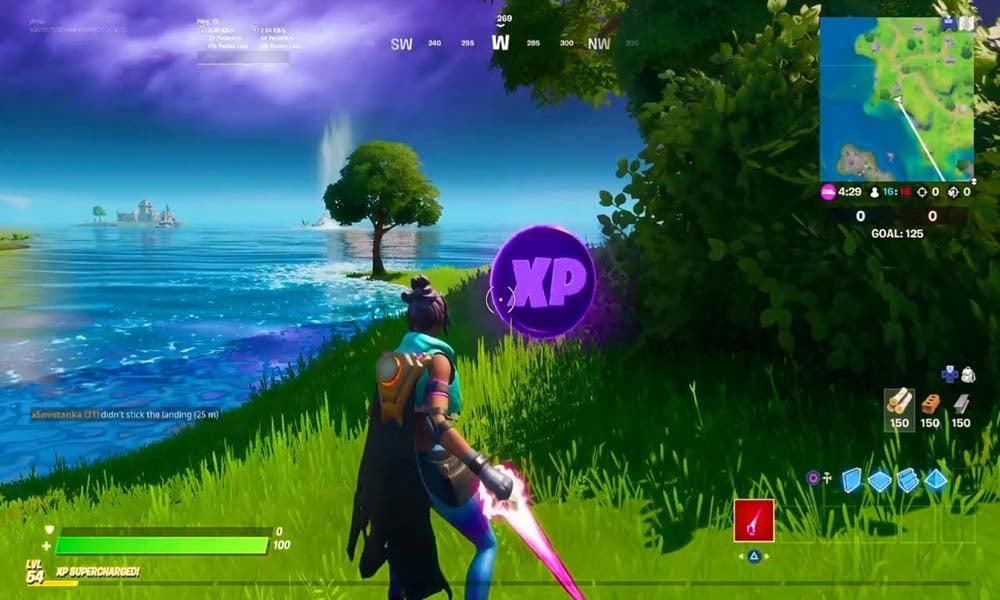 We are in the sixth week since XP coins started appearing in the new Map of Chapter 2 Season 3. In the initial weeks, we only had purple and green coins, but now we have blue and gold ones too. So below we have listed out all the locations of XP coins for each of the weeks so far.

In the first week, we have a total of twelve coins to collect. Out of these twelve coins, eight are green, and four are purple. Be sure to be quick when you go for the purple coin as it disintegrates into smaller coins quickly and then you won’t be able to get them again. All the purple and green coin locations for week one are included in the picture below. 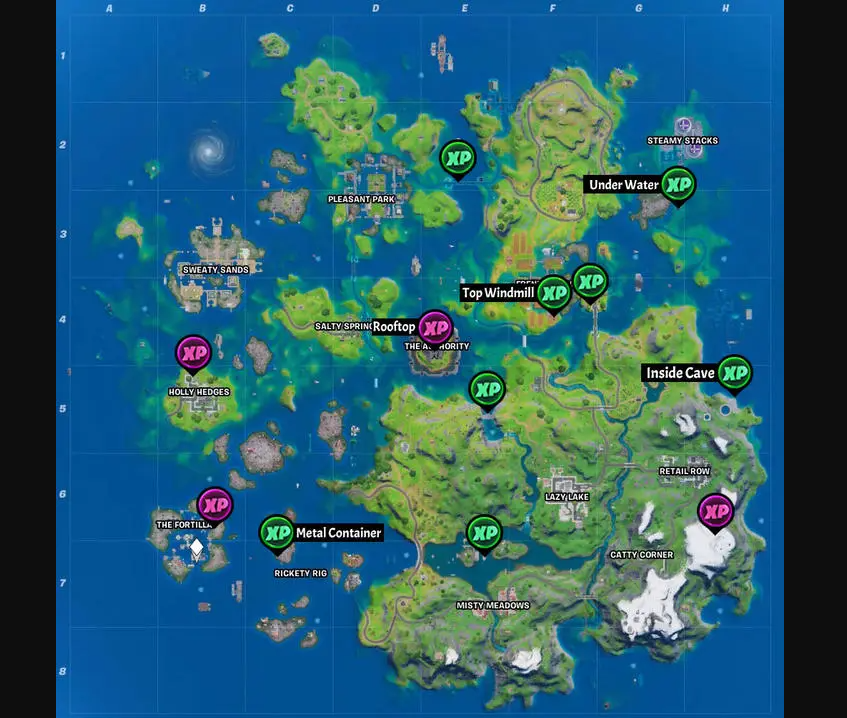 Week 2 also the same number of coins as the first week, with eight green and four purple ones. All the purple and green coin locations for week two are included in the picture below. 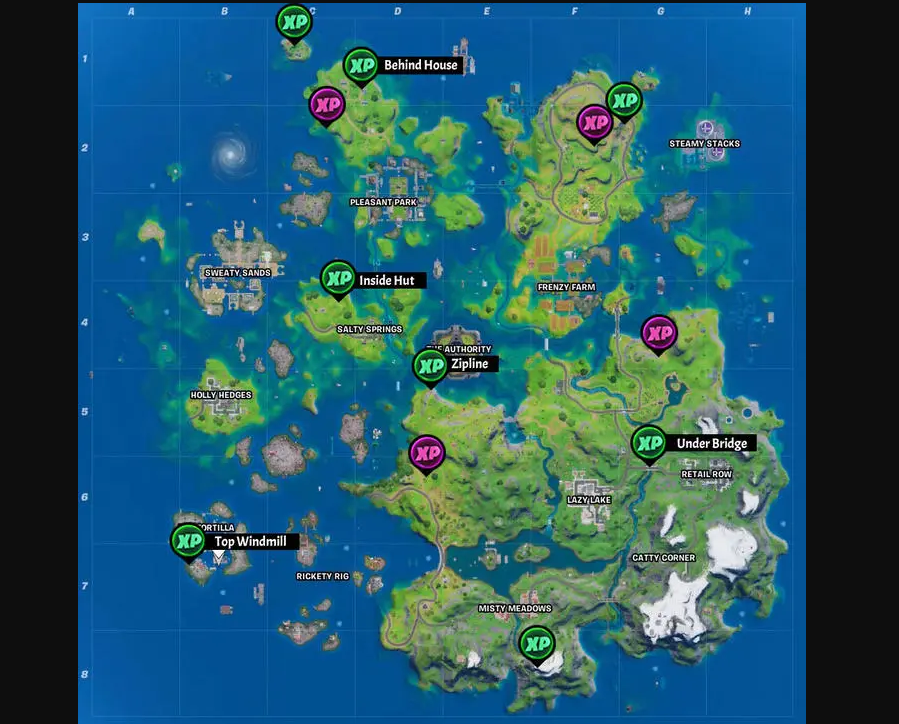 For the third week, we have a new addition, and these are the blue coins. In total, we have 11 XP coins, with four Green Coins, five Blue Coins and two Purple Coins. As mentioned above, the blue coins are hidden in items that will show off a blue light. They can be a bit tricky to find. But to make things a bit easier, the developers have hidden the blue coins in more than five places. But if you manage to find one, then all those places where that same coin is hidden will go away too. All the purple, blue and green coin locations for week three are included in the picture below. 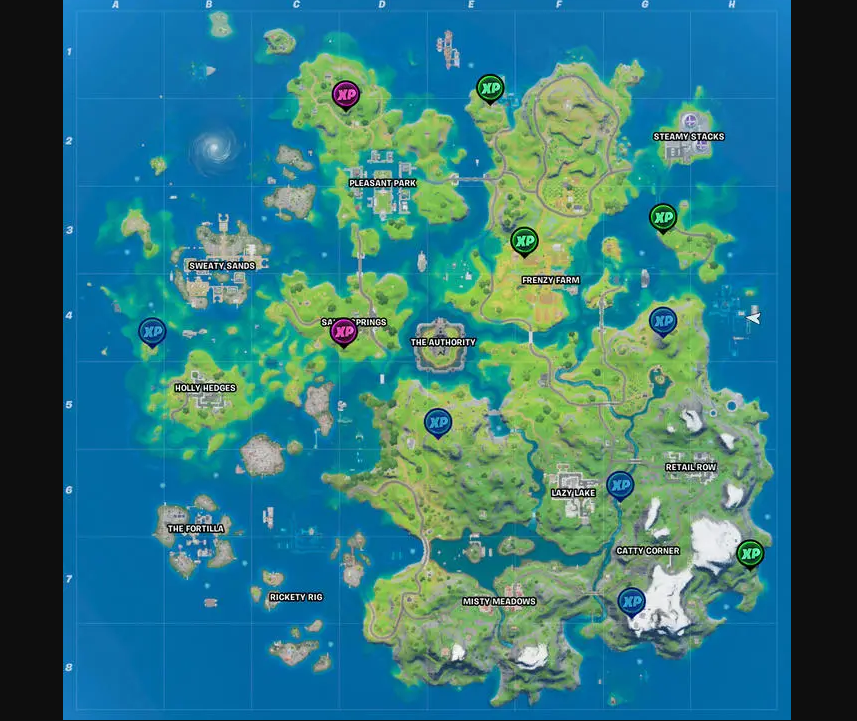 Just like the 3rd week, the fourth week also brings with it the same number of coins with the same type of arrangement. We have 11 XP coins again, with the same configuration of four Green Coins, five Blue Coins and two Purple Coins. All the purple, blue and green coin locations for week four are included in the picture below. 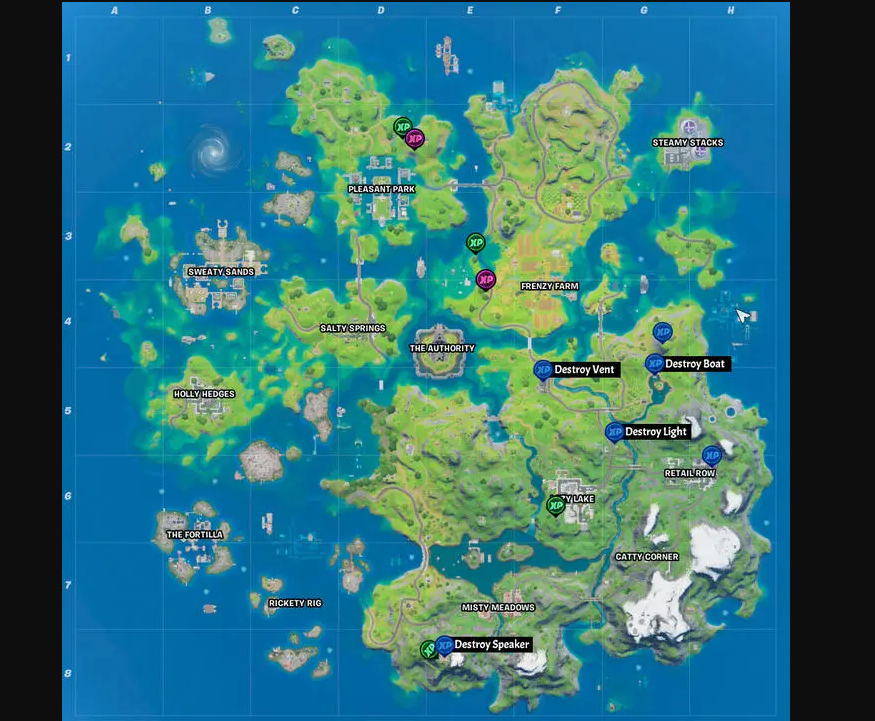 The same trend continues for week five too. Some expected to see some gold and orange coins in the fifth week, but that is not the case. We get the same 11 XP coins, with four Green Coins, five Blue Coins and two Purple Coins, just like the previous two weeks. This week though, the blue coins are harder than ever to find. All the purple, blue and green coin locations for week one are included in the picture below. 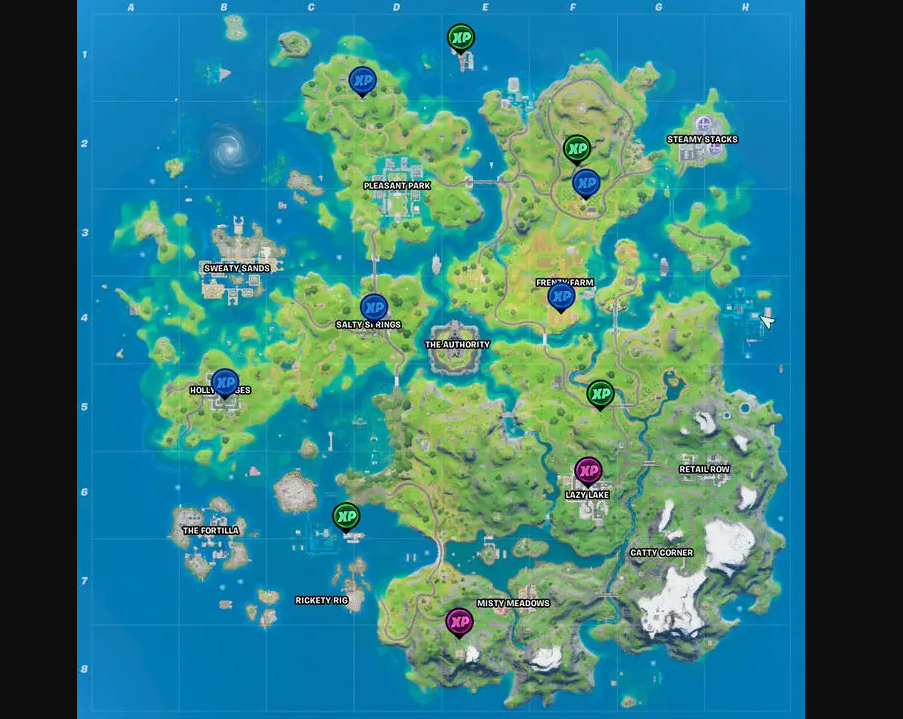 Gold coins are finally added to the list in the sixth week. There were some issues initially when players were reporting that they were having problems collecting these new coins, but not anymore. This week we have three new gold coins,  two Green Coins, one Purple Coin, and five Blue Coins. All the purple, blue, gold and green coin locations for week one are included in the picture below. 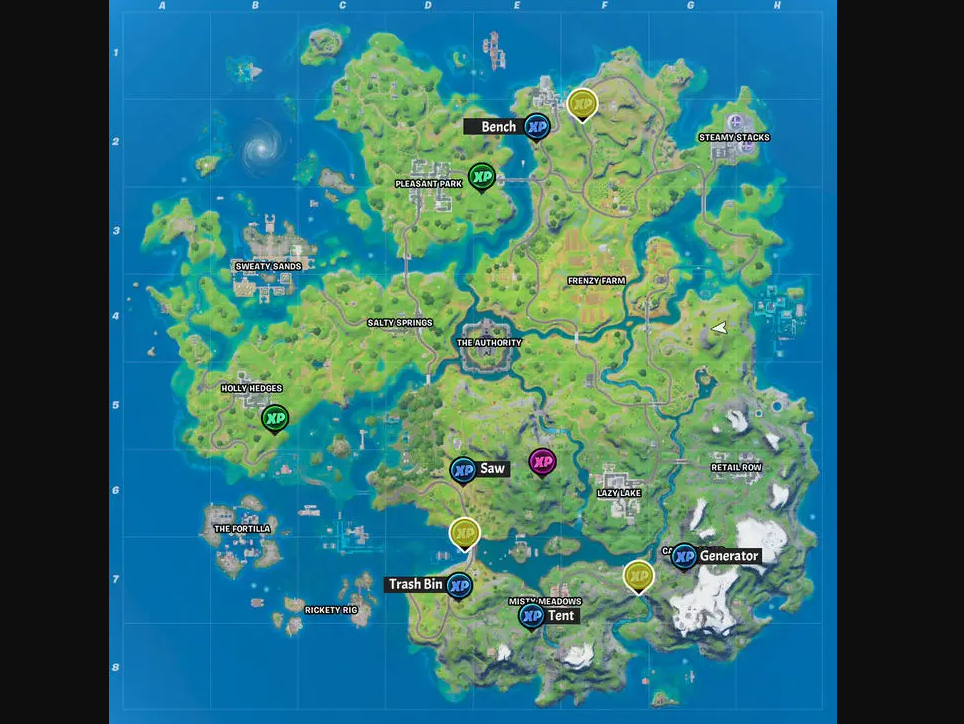 Now, if you have any questions or queries about this guide on Fortnite, then comment down below, and we will get back to you. You can find other similar guides on Fortnite on our website in the games section. Also, be sure to check out our other articles on iPhone tips and tricks, Android tips and tricks, PC tips and tricks, and much more for more useful information.