Update as of February 11: If you are aware of the Material You theming system for Pixel devices from Google, turns out Google is rolling it out across different OEMs as well. I am talking about Tecno, Realme, Vivo, Oppo, Xiaomi, Samsung, and OnePlus all donning the new dynamic theming system across its interface. Also, more OEMs are working on the design APIs to adopt such features on their devices as well. 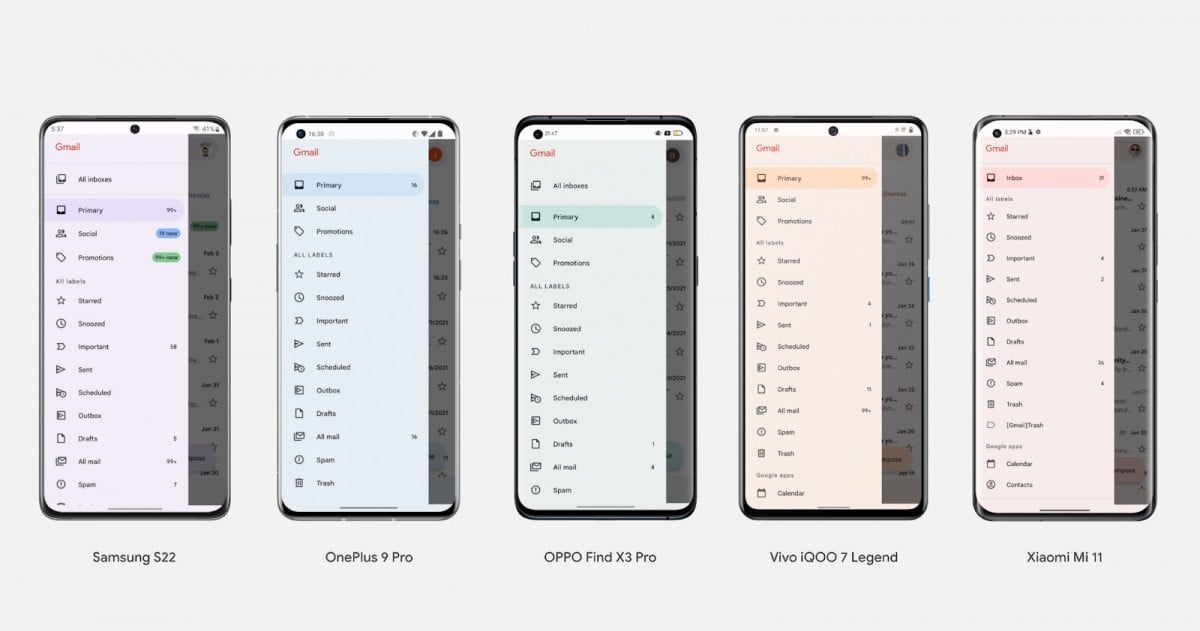 Update as of December 15: Turns out Google has released Android 12 Go Edition based on Android 12. It is a lightweight version for budget and entry-level smartphones promising faster app launches by up to 30 percent with smoother animation, longer battery life thanks to its hibernating apps feature. The Android 12 Go offers translation on-screen content in preferred language, Nearby Share, guest login, and robust privacy controls available at your disposal. Read more about it here.

Update as of October 28: Google has released a new iteration of Android 12 dubbed as Android 12L built for devices with dual screens and foldable displays. It was announced at the Developer Summit and marks the first interim update in years. The Android 12L will allow OEMs to introduce features for larger screen devices although it will be available for those with smaller displays as well. Features such as spatial audio, drag-and-drop are a few ones introduced with Android 12L.[Read more here]

Google has finally revealed their next version of Android called Android 12 to the public with beta update. At the Google I/O 2021 conference, they showcased the latest version with their new ‘Material You’ design which is highly customizable and brings a completely revamped UI. With this new version, Google has focused on privacy, design, widgets, and more.

With the Android 12 beta version, Google has partnered with Asus, OnePlus, Oppo, Realme, Tecno, Sharp, TCL, Xiaomi, Vivo, and ZTE to bring the beta build officially. Currently, the Android 12 beta update is available for Google’s Pixel phones, starting from the Pixel 3 series through the Pixel 5.

If you don’t have a Pixel phone, then you can try the same build on the latest smartphone from the partnered brand including OnePlus, Xiaomi, Realme, Oppo, Vivo, and Asus. Install the best android apps on your Phone once you get android 12 so you don’t miss out on new interesting apps.

After the release of Android 12 beta 1, these are the confirmed features to get on the stable version according to Google.

Google is progressively refining the autorotate feature on Android 12. With Beta 3, it now works with the front camera. It detects the face and orientation of the user before triggering to rotate when the auto-rotate feature is enabled. It will resolve infinite queries of users accidentally rotating their screens when they lie down or even turn the phone a bit where the accelerometer detects the motion and triggers autorotate. It now uses Private Compute Core to do all the images captured by the front camera to trigger autorotate on-device without any data leaving the device.

According to Google, the feature is available on Pixel 4 and above running Beta 3. It will further use the ML-aided gesture detection algorithm among others to bring down the latency by 25 percent.

Android 12 Beta 3 brings upgrades to Game Mode APIs that allows users to create performance profiles. Here, the Game Mode will prioritize better battery life or high performance with peak frame rates accordingly. The concerning API will be joined with the Game Dashboard that will be available for selected devices later this year.

As reported earlier, now Android 12 allows playing games when the game assets are being downloaded off the Google Play Store. This ensures that all the assets are downloaded and the user won’t have to wait for the download to finish before playing it for the first time.

The Beta 3 brings On-device search onboard which uses the new AppSearch API. The AppSearch feature enables a high-performance on-device search engine where the API has two flavors i.e. a local index and a central index where the former deals with an app to use it with its backward compatibility while the latter deals with showcasing app data on System UI with permission. 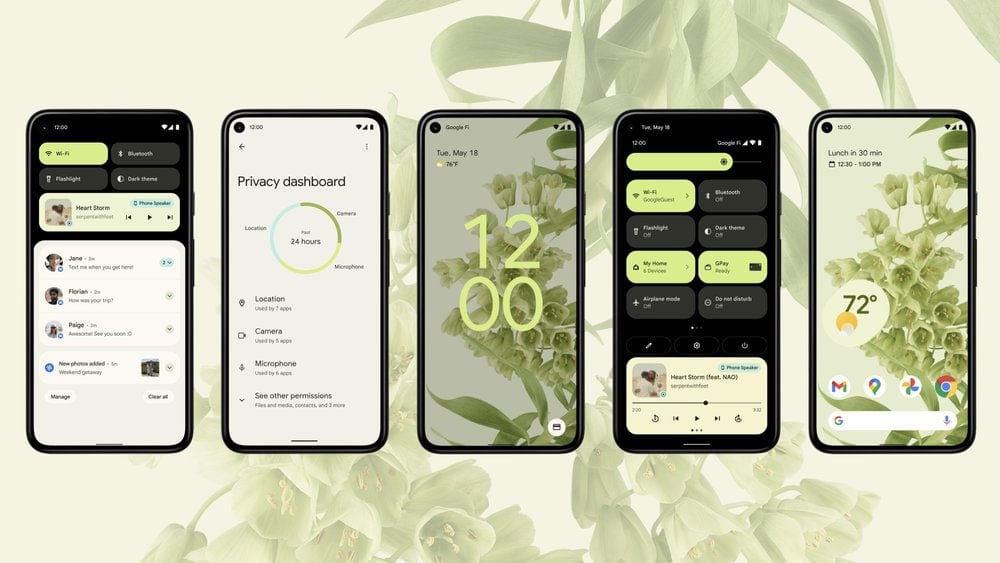 After many years, Google has finally decided to change the visual overhaul of the Android OS. With the Android 12 version, Google has introduced the Material You which brings the color extraction from your installed wallpaper. This will automatically choose the color from your Wallpaper to the whole system such as the Calling menu, Settings, Notifications, Music, Google Apps, and many more. 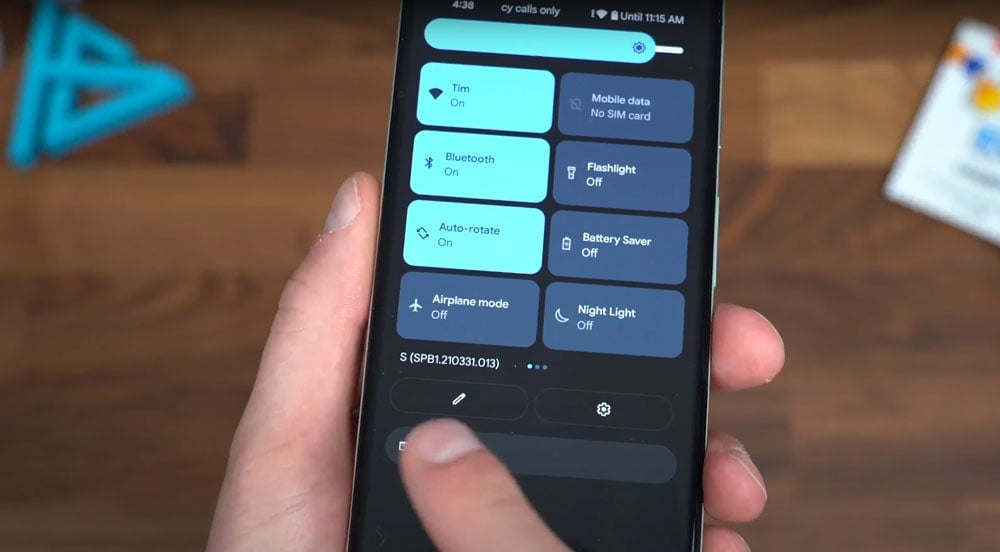 Just like every version, Google also redesigned the quick tiles in this Android 12 version too. Yes, Google has finally removed the round icons and redesigned them with large text tiles which look beautiful, elegant, and quickly accessible.

According to Google, this new version of Android 12 brings a completely new animation and smooth motion which brings a unique feeling to the device. This is achieved by some under-the-hood improvements including reducing the CPU time needed for core system services by up to 22% and reducing the use of big cores by the system server by up to 15%. For more

With Android 12, Google has redesigned with notification layout to improve the usability, functionality, and animation.

The Quick Settings space doesn’t just look and feel different. It’s been rebuilt to include Google Pay and Home Controls, while still allowing for customization so you can have everything you need most in one easy-to-access place. To know more, click here

At Google I/O 2021, Google has announced their new privacy system for Android 12 which makes the Android system more secure and transparent. It gives you more transparency around which apps are accessing your data, and more controls so you can make informed choices about how much private information your apps can access.

When Google first rolled the preview build, we saw the Android system is shifting to the one-handed mode just like iOS. If you swipe down, you can activate the one-handed mode which makes it easy to access the device feature on a huge phone in size. By swiping it brings the top half of the display downwards which allows you to reach the buttons, icons, notification, and more.

How to Get Android 12 Beta Update?

If you have any device which is partnered with Google for Android 12 beta such as Asus Zenfone 8, OnePlus 9 series, Oppo Find X3 Pro, Realme, Tecno Camon 17, Sharp, TCL, Xiaomi Mi 11 series, Vivo, and ZTE.

Devices that will receive the Android 12 update

Most Android manufactures release at least two major Android updates for their smartphones. Thus, we can expect all devices that come with Android 10 pre-installed to receive the Android 12 update when it arrives. Of course, there can be a few exceptions or additions to the list. But we do expect the following devices to get Android 12 when it is available.

Update as of September 20: Note that this is an unofficial list and thus, it is subject to change.

Note: Devices that are marked with asterisk “*” may or may not get the Android 12 upgrade.

Note: This isn’t an official Android 12 supported Motorola smartphones list. There is a high probability that some of these devices may not get Android 12 and especially those marked with the asterisk “*” sign.

Update as of March 30: Nokia has one of the most impressive lineup of devices thanks to their capability to get Android upgrades faster than many other smartphones. The Android 12 on Nokia devices is not yet confirmed since the latter hasn’t confirmed a list of devices nor the schedule that it will follow in its rollout. Google has already released Android 12 Developer Preview v2.1 and will soon release DP3 in a few days time which  means the beta updates will commence soon which is when non-Google devices get their hands on the update.

With that being said, here’s a tentative list of Nokia smartphones that will get their hands on Android 12 although take it with a pinch of salt since the Finnish tech giant which is now operating under HMD Global hasn’t confirmed the list yet.

Note that both OnePlus Nord N100 and Nord N10 5G arrived with Android 10-based OxygenOS 10 out-of-the-box. This renders them unable to receive Android 12 update but take it with a pinch of salt.

Note that last year, OnePlus rolled out Android 11 DP on OnePlus 8/8 Pro in June. This year, the OnePlus 9 series will be official in the coming weeks and thus, it will also get Android 12 DP version soon although we won’t put any timeline just yet.

Update as of September 16: Oppo has officially launched the ColorOS 12 based on Android 12. This is the list of devices that will get the Android 12 update although it also contains some models which may or may not pick it up.

Update as of November 12: According to the latest update, GT Master Discovery Edition is now picking up Android 12-powered Realme UI 3.0 in China where about 700 people will get their hands on the update. Registration started on November 11 at 11:30 hrs and will be open till registration. [Read more here]

Update as of October 16: Realme has released the Realme UI 3.0 Early Access Roadmap that it will follow for the enlisted devices to get their hands on Realme UI 3.0.

Update as of October 13: It’s here. The Realme UI 3.0 based on Android 12 has been unveiled and with that, users will get their hands on the early access builds this month i.e. October. There are no dates available at the time of writing this. Check it out here.

Update as of October 5: Tipster Digital Chat Station has got his hands on a few screenshots of the new Realme UI 3.0 and turns out it looks more than ColorOS 12 based on Android 12.

Update as of September 23: According to Realme VP Xu Qi, Realme UI 3.0 is based on Android 12 and it is expected to arrive in October. There’s no specific date available at the moment.

Update as of February 24: After OnePlus and Samsung, we have come up with the tentative list of Realme devices that will get their hands on Realme UI 3.0 based on Android 12 once it arrives later this year.

Update as of September 14: Samsung has finally released Android 11-powered OneUI 4.0 Beta update to the entire Samsung Galaxy S21 series weighing at 2422.17MB and has a September 2021 security patch with it. The version number is ZUID/ZUID/BUI8.

Update as of May 25th: Here’s the list of Samsung devices that will get Android 12-powered OneUI 4.0 although it could change if not stay completely true.

When it comes to Android 12 release, it is expected to arrive in August/September 2021 as a stable version. Once the first public arrives, Samsung could start rolling out beta builds on its top lineup followed by others. It is expected that Samsung could release Android 12 stable update on the 2021 flagship devices (S21 series and Note21 series) by December if not earlier.

Update as of July 5: As per the list of Xiaomi devices to get Android 12 posted by a popular Telegram channel, here’s the list.

Update as of April 11: Vivo made quite a name for itself after rolling out Android 11 update to a handful of smartphones even before Android 11 was official. It has already rolled out across more devices so far and here’s a list of devices that are slated to get Android 12-powered FuntouchOS 12. Take it with a pinch of salt since Vivo hasn’t released the list officially.

Note that devices that are marked with the asterisk “*” sign may or may not get the Android 12 due to xyz reasons.

As we mentioned earlier, the Android 12 supported device list is only as per our speculation at the moment. No device on the list is guaranteed to receive the Android 12 update.