Often while updating your Android Apps over Play Store, you must have also come across something called Android System Webview getting some update. Those who take notice of technical details may wonder what app is this.? Well, this is a system embedded app that is pre-installed on your smartphone. Of course, You only get to see this on an Android device. The WebView is a system component from Chrome. It allows Android apps to display web content.

Though this app updates on its own, sometimes it would refuse to update. Some users have reported that while updating, this would get stuck midway. You must keep in mind that it is important that the Webview app stays up to date regularly. So, in this guide, we will tell you how to fix the Android System Webview not updating the issue. 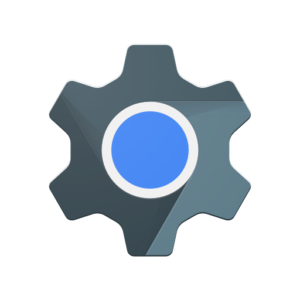 What is Android System Webview.?

Now, let’s know a little bit in-depth about the Android System Webview. This is like a mini variant of Chrome. It enables the opening of links you see within an app. The webview may or may not support all the apps. Until Android 7.x Nougat Webview was visible as a pre-installed system app. It was a standalone app. However, with the latest Android OS versions Google kind of intertwined the application under the hood.

Though you don’t see Android System Webview present as an app, you can find it sitting in the Play Store. When Google drops a new update for it, you can see it in the list of to-be-update apps. As its a pre-installed app, there is no scope to fully remove it from the system. However, in case of technical issues as a method of troubleshooting, you can uninstall the updates to its factory version. We have explained the same in this guide itself.

Android System Webview won’t Update: How to Fix it?

Let’s begin with the troubleshooting.

One of the most basic steps of troubleshooting is to try restarting the device. Then try to resume the process of updating the Webview app. See if it works or not.

One of the common reasons for slow downloads can be attributed to poor internet connectivity. So, check your internet connection. Try to disconnect and re-connect. You can perform the update once you start getting a stable internet network.

Try to turn off the Bluetooth while you are updating the Webview App. Some times users have seen that if Bluetooth is active, then then the update doesn’t take place.

Webview is a system-installed app. It cannot be uninstalled. However, in the play store, you will find an option to Uninstall the latest build and take it back to the factory build.

This is another effective method that will clear temporary files and other clutter of the application. It can be done with any app that has some deviation from the regular functioning. So, here we will try to clear the cache of the Play Store App.

Clear Data and Cache of Webview

Just the same way you cleared the cache for the Google Play Store, try doing the same for the Android Webview. Then try to resume the update. It should work.

It sometimes happens that while Webview is stuck amidst the update, other apps are also pending their updates. This happens because people update multiple apps at once. So, cancel all the existing updates.

So, that’s it. These are some of the basic troubleshooting techniques you can use to fix the issue of Android System Webview not updating. We hope that you found the guide useful.