Google has already announced the official 10th version of Android OS with plenty of new features and UI changes. The Android 10 (aka Android Q) is now official and Pixel devices, Essential Phone, Redmi K20 Pro, OnePlus 7 Pro devices are receiving the latest Android version update. Though the Xiaomi and OnePlus are currently rolling out the beta build to their eligible devices. This time Google doesn’t come with any dessert item name for the new Android version and that’s a good step as well. If you’re new to the Android ecosystem, it’s worth mentioning that Android is an Open Source Project (AOSP) by Google. Here in this article, you will get the List of AOSP Android 10 Custom ROM Supported devices.

The AOSP ROM means that any smartphone OEM can make or customize Android ROM according to their preference via the source code. Android is mainly known for its easy-to-use and customizable nature. Even if you’re an advanced user or a developer, you can easily customize or tweak the Android ROM or device system. Android is running on the Linux platform. Due to its open-source nature, so many third-party developers work on unofficial or Custom ROM developments.

All the Custom ROM or Custom Firmware runs on the Android OS version from the core but offers a different kind of experience and user interface than others mostly. Therefore, in this post, we will share with you a List of AOSP Android 10 Custom ROM Supported devices [unofficial third-party]. First, take a look at the Android 10 features and overview. 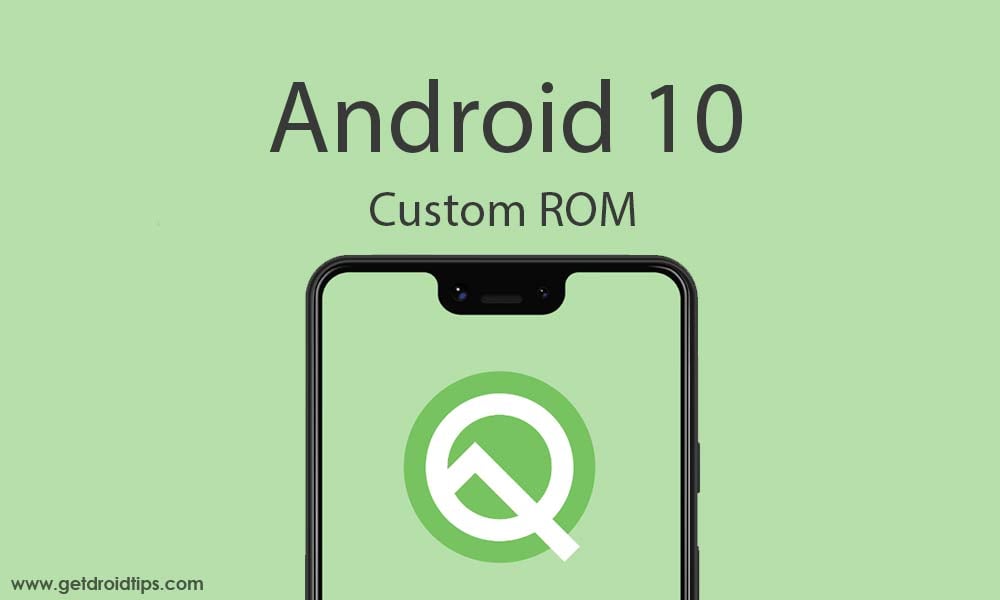 Well, let us now take a look at some of the most important features of Android 10 in brief.

Here are some of the main features of the Android 10:

1. Dark Theme: Android 10 finally brings a full system-wide dark mode or you can say the dark theme to Android OS. As people love dark theme everywhere these days, this is a good step taken by Google. Even if any of the third-party apps don’t support dark mode, you can forcefully enable it.

2. Live Caption: The Live Caption mode automatically captions videos, audio messages, and podcasts over apps like a subtitle. This feature will be available on Google Pixel smartphones very soon. This will be helpful for all the users who have hearing issues.

3. Smart Reply: This feature offers a quick reply option for the messages which you will receive on the notification panel. The smart reply option is already available on WhatsApp or Facebook Messenger app. This is a quite similar kind of experience.

4. Gesture Navigation: This time the gesture navigation control has been improved than the previous generation Android Pie. The back button is now ditched and you can easily go backward or forward via swiping left or right. Most noticeably, the home bar is now wider than the previous one.

6. Sound Amplifier: This feature basically allows users to adjust the sound settings of their devices even in noisy surroundings. The Android users can also boost sound, filter background noise, and tune the audio for a better listening experience.

7. Location Controls: Now, Android 10 users will have the ability to choose their location data with the Map and other apps. You can choose which apps will track the location and which one won’t.

10. Family Link: Family Link is a newly introduced feature in Android 10. Parents can use this option in order to set daily screen time limits, bedtime, and more for their children.

Before going to the List of AOSP Android 10 Custom ROM Supported devices, check out the pre-requirements.

AOSP Android 10 for Other branded devices:

So, guys, that was the list of Android Devices which would be supported by the Android 10 Open Source Project  [Custom ROM development]. Now, just in case, if you are someone who didn’t find your device on the list, then don’t worry at all. We would be updating the list from time to time. So make sure that you bookmark this page on your browser and come here often to check if your device enters the list or not. With that being said, let us know your thoughts on AOSP Android 10 Supported devices in the comments section down below.