Android is a modified Linux kernel that’s open-source and free to use on smartphones or tablets which is basically designed & developed for touchscreen mobiles. Thanks to the open-source platform because customization lovers can easily flash third-party files on Android OS running devices. If you’re also one of them and want to Download Android 12 Custom ROM then check out the Supported Device List here.

Well, it’s worth mentioning that Android Custom ROMs are based on AOSP (Android Open Source Project) Source Code that Google releases officially once the stable version of the latest Android OS builds launches in September every year. Just like the previous year, this year Google has also released a couple of Android 12 Developer Preview builds for its eligible Pixel devices.

Later Google finally made the Android 12 stable build for their Pixel and non-Pixel devices officially. Currently, at the time of writing this article, the Android 12 first stable is live. Google has also launched the Android 12 GSI package for the Project Treble-supported non-Pixel Android devices and also AOSP Source code for the developers to build their own version of Android 12. 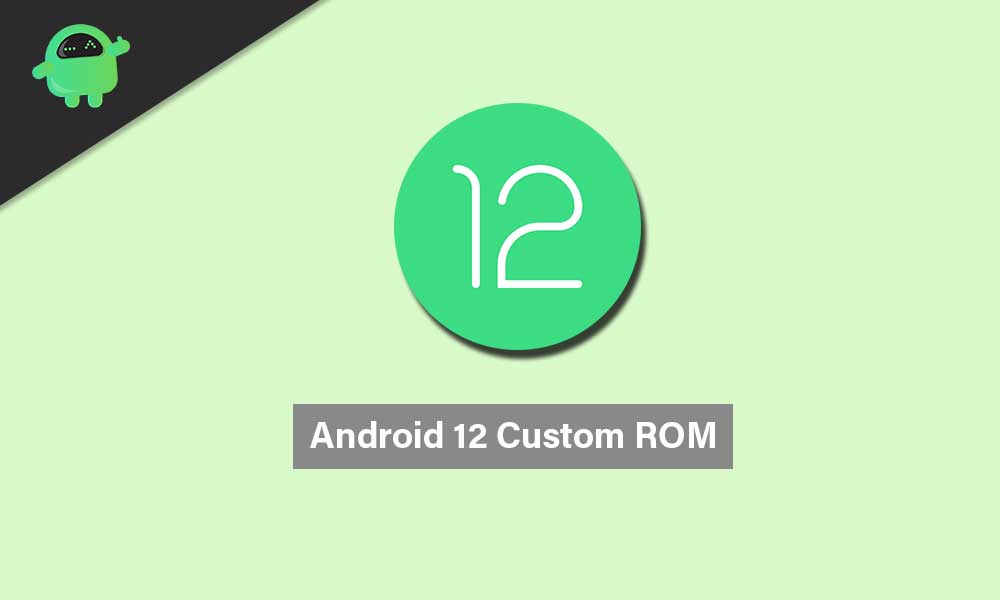 Well, a Custom ROM is always a special one if you’re an avid Android user or a fan of unlimited possibilities of Android customizations. There is no better alternative to Android when it comes to rooting the device, installing third-party modules, tweaking multiple adjustments in the device’s settings menu, changing visual overview, using a custom recovery, etc.

Although in terms of safety and stability, a Stock ROM is always better that receives official software updates, and includes manufacturer’s support too (if required). But it lacks visual and functional customizations that a Custom ROM can bring to the users. Additionally, custom firmware mostly comes up with almost no bloatware (preinstalled apps or games).

Now, if you’re interested in Android 12, and want to have a custom firmware running this particular version then it’ll be a good choice to go with a much more stable Custom ROM. If you’re not aware of the latest Android 12 (arriving in Sep 2021) then check below.

As of now, there is no custom firmware available for many devices based on Android 12. Currently, you can only get the Android 12 Beta GSI package for your Project Treble-supported non-Pixel Android devices that you can flash by following this link.

Once Google releases the official Android 12 Stable build publicly along with the AOSP 12 Source Code for the developers, more and more Custom ROMs will start landing for the Android community.

How to Install Android 12 Custom ROM on Any Android Device

You’ll have to follow up on some of the requirements before heading over to the firmware flashing steps.

Till then stay tuned for more info. You can bookmark this page to keep checking the updated info. We’ll gonna include every possible Android 12 Custom ROM regarding details whenever available. For further queries, let us know in the comment below.