Updated on October 17, 2021: The Stable Android 12 is finally live in AOSP (Android Open Source Project) by Google. However, it’ll take more time to hit the stable Android 12 update on eligible Google Pixel models. Google has officially acknowledged that the Android 12 stable rollout for Pixels will fall ‘in the next few weeks.

Currently, the stable version is available for the public and included in AOSP, which means it’s the final version and ready to download if you want. However, some users may not get into the AOSP GSI build and may wait for the official release for Pixel devices. Those who don’t use Pixel devices can wait for the OEM update from the respective manufacturer.

If you’re an Android user eager to get the taste of Android 12, then you can follow this guide. Google released the Android 12 build for its eligible Pixel devices, respectively.

As Google has announced Android 12 for eligible Pixel models, we’re pleased to tell you that the GSI packages of the latest Android OS version are also available to download officially. If you don’t know about GSI, take a brief idea below.

A GSI (Generic System Image) package is a system image with adjusted Android device configurations compatible with Project Treble support. That means Google has allowed all non-Pixel Android smartphone users to flash the GSI package according to the device architecture and enjoy the latest Android OS version. 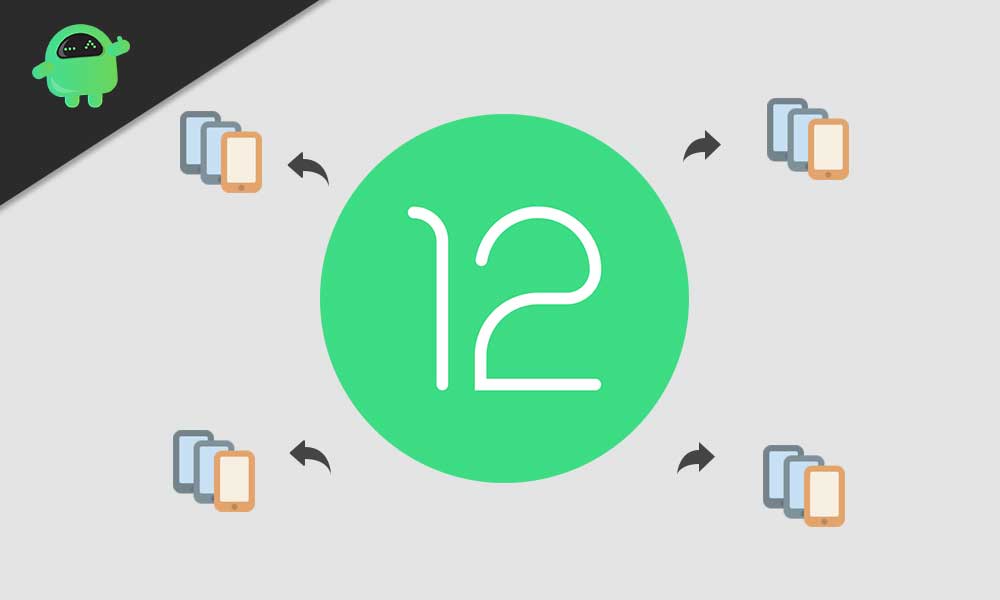 So, even if your device doesn’t support the latest Android OS officially, you’re still eligible for it. To be very specific, you’ll require an unlocked device bootloader irrespective of which Android device model you’re using.

Whereas it’s also worth mentioning that flashing the Android GSI package on your handset will perform a factory reset of your device completely.

So, you may lose your important data if you don’t back up your device before flashing it. Now, without further ado, let’s jump into it.

As mentioned on the official Android Developers website, Android 12 GSI binaries have the following GSI-specific known issues that you should keep in mind:

Here we’ve shared all the download links regarding your device architecture.

Note: Make sure to grab the specific GSI package according to your device’s architecture. In order to check which architecture your device has, you can run the following command on your Windows computer after connecting your handset to it using the USB cable.

Once you’re aware of your device’s architecture, download the particular GSI package from the link above.

Before heading over to the GSI flashing steps, follow all the requirements properly for a successful flashing process.

Must Read: How to Downgrade Android 11 R From Android 12

An Easy Method To Check If Your Smartphone Supports Project Treble

Although we won’t recommend you to flash the initial build of Android 12 right now as it may contain multiple bugs or stability issues, it fully depends on you whether you’ll wait for the stable release or not.