Lineage OS is one of the popular and widely used free and open-source Android operating systems that offers a pure, bloatware-free user experience. Meanwhile, it allows users to customize their Android devices by tweaking options or using other third-party modules. Now, if you’re eager to know more about Lineage OS 19 Release Date and Update Tracker, then check out this article.

Download Android 13 GSI: How to Install on Any Project Treble Device

To recall, it’s an aftermarket firmware and interested users can flash it on their Android devices. Those who don’t want to use a stock firmware or skin on their Android handsets or are interested in using custom ROM or rooting can easily flash the latest Lineage OS depending on the compatibility. Recently, Google has released the Android 12 for its eligible Pixel devices and some other models from different OEMs too.

At the time of writing this article, Lineage OS 18/18.1 is the most latest and stable version that the interested Android device users can install & start using it. Currently, Google finally released the stable build of Android 12 and their AOSP source code along with the GSI package that all the Project Treble-supported Android device users can flash right away by using this link. 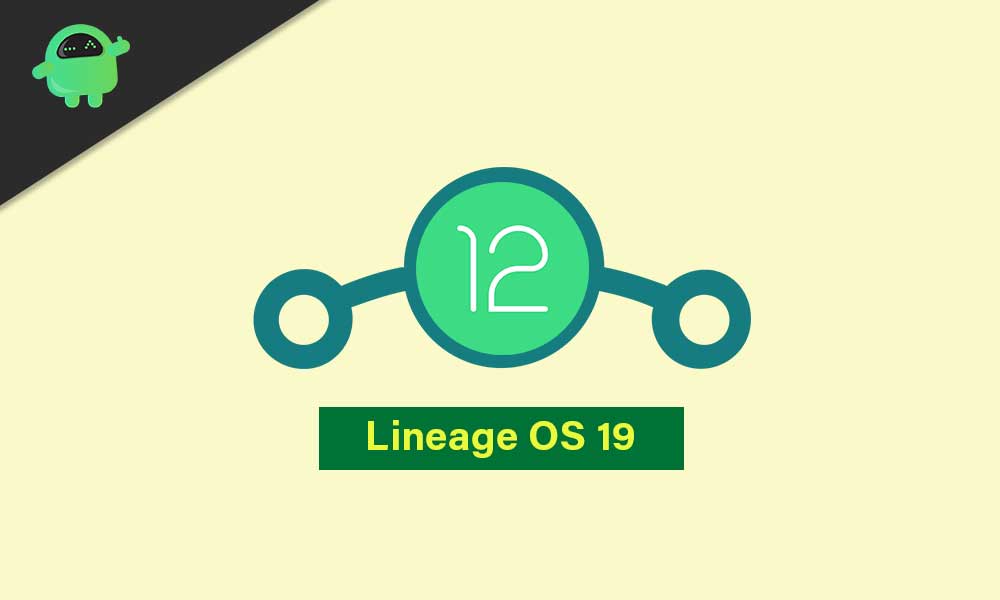 Talking about the Lineage OS 19, it’ll be the upcoming latest version in the Lineage OS family which is a successor of the last-gen Lineage OS 18/18.1 (Android 11). Obviously, the craze of Android 12 visual elements and some of the stunning features are one of the main attraction points to most Android lovers.

Therefore, interested Android fans are eager to use all of those features on Lineage OS 19 with the freedom of customizations. As Lineage OS is based on AOSP source code, it’ll have almost every available feature that other Android 12 stock firmware will come with. So, the combo will become deadly for the custom firmware or rooted Android lovers for sure.

Currently, there is no firmware or support available for the Android 12-based Lineage OS version apart from the Android 12 GSI. Once Google releases the official Android 12 stable version with the AOSP source code of it, custom firmware developers will be able to push updates to their own builds.

Even the latest version of Lineage OS might come with a limited number of eligible device lists initially to start with. Next, more and more eligible devices will be included expectedly in the list in the upcoming months.

Till then stay tuned for more info. You can bookmark this page for further updates. We’ll keep including more info for your ease. If you’ve any queries, you can comment below.