Google Nexus 7 2013 (flo/deb) launched in July 2013. The phone came out of the box with Android 4.3 Jelly Bean and was later upgraded to Android 6.0 Marshmallow. In this tutorial, we will guide you to install the latest Lineage OS 19 on the Nexus 7 2013 (flo/deb) smartphone. We have given the complete instructions, downloads, and useful updates in the future.

As we all know, Lineage OS 19.0 is based on Android 12 which is the 12th major release by Google and brings many new features and improvements. One of the biggest changes that Android 12 brings to your device is the Material You design language. It is aimed to enhance personalization on the device by allowing users to pick a custom color palette and new widgets. 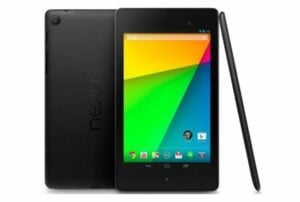 As the title suggests, here we’ve shared the requirements and steps to flash the Lineage OS 19.0 on the Google Nexus 7 2013 variant.

You can skip this adb and fastboot part if you have already installed TWRP Recovery on your Google Nexus 7 2013.

It’s also worth mentioning that not only mobile devices but also other external devices can use and run USB Drivers on a Windows computer. Such as mouse, keyboard, printer, external hard drives, speakers, USB flash drives, etc. You can grab Google USB Drivers here.

To enjoy any custom ROM, you must first unlock the bootloader on your Google Nexus 7 2013.

Your device will now boot to the newly installed OS. With this, we conclude the guide on how to install the Lineage OS 19 on Nexus 7 2013. Do keep in mind that the first boot might take up some time and you might have to set up your device from scratch.