Android is the most popular and widely used mobile operating system based on the Linux kernel. It’s open-source and free software that runs on touchscreen Android-compatible smartphones or tablet devices. Google has developed this mobile operating system, and most of the Android smartphone manufacturers customize their own skin designed for their own device models. It has a hidden Developer Options menu that offers plenty of customizations & features for the advanced users, and USB Debugging is on them.

Talking about USB Debugging, it’s also a quite popular and useful feature for an Android handset to connect the phone with a PC/Laptop for data syncing or flashing any file, etc. When you develop an Android kit or install any file or perform any ADB & Fastboot command using the computer on your device, USB’s debugging mode comes in handy. 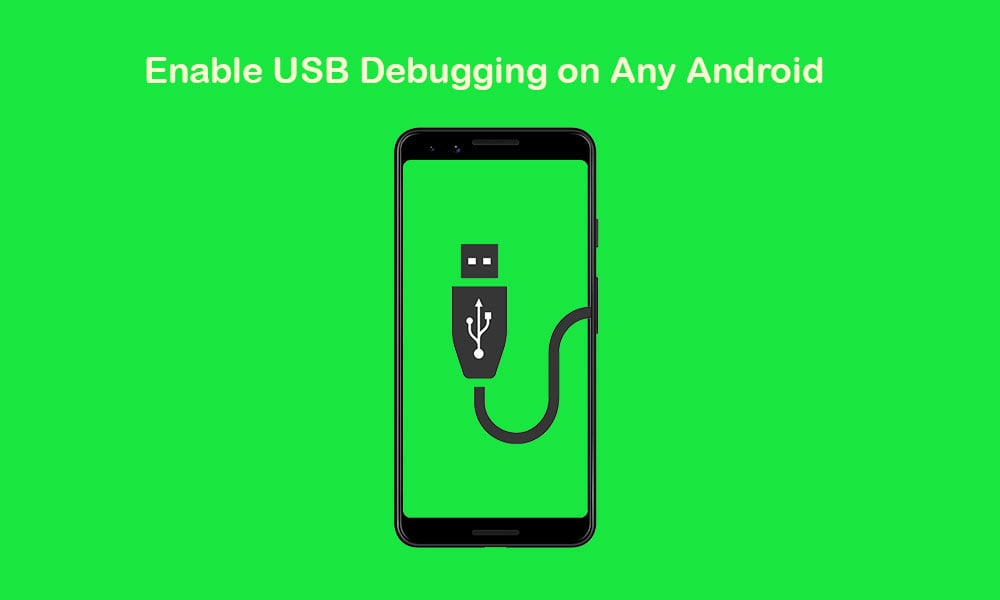 What is USB Debugging?

USB Debugging is a mode that allows Android devices to communicate with computers to use advanced options by using the Android SDK platform. Here SDK stands for Software Development Kit. This feature offers some secure access to some of the specialized areas on the Android device that most people don’t need on daily usage. That’s why it’s placed under the Developer Options, and similarly, the ‘Developer Options’ is also generally hidden for the normal Android users.

When Android App Developers or advanced users install the Android SDK on the computer, the SDK offers developers or users some of the required access or tools to create apps by using the Android Studio. However, if you don’t need Android Studio, you can only install Android SDK to enable root access on your device or perform other tasks. Now, let’s take a quick look at some of the advantages of USB Debugging on an Android device.

How to Enable USB Debugging on any Android device?

Ensure that every Android device from budget to flagship has the same option and process to enable this feature.

Once you’ve turned on the debugging, you can easily connect the device to a PC using a USB cable. When your computer detects your connected device, you will have to enable the debugging permission on your phone screen. Confirm it to add the computer to a trusted device list and start using it.

However, if in case, you’ve rejected the prompt on your device by mistake, you can fix it. Select Revoke USB debugging authorizations to revoke previous access to all computers.

What does USB Debugging do on Android?

As we mentioned earlier, USB Debugging offers both you and the system to access or perform special tasks or commands to your phone via the computer. Therefore, the developers and some of the advanced Android users can push apps to their devices for testing or even can install root or unlock bootloader or flash any third-party file or install any flashable image file, and more.

Meanwhile, if you’ve built an Android Studio app and want to test out on your connected Android device, you can easily push it to the device with some steps, and it will run & appear on your device. Therefore, you don’t need to do extra things like port the APK file, copy it to the device, and manually sideload that APK.

What is OEM Unlocking? How to Enable it on an Android devices?

Usually, you can use debugging mode on your Android device if necessary. If the USB Debugging mode is enabled and you’ve connected your handset to any public or unknown charging port or any computer, it can affect you. Because if someone has access to that computer or the charging port, your device data can be compromised.

Alternatively, if you leave the device at the debugging enabled condition, your phone becomes easily vulnerable. Therefore, we will recommend you to turn it off while not using this feature. Make sure to revoke the access of previously used computers from your device in a couple of weeks or months to keep your device system and personal data secure.

That’s it, guys. We hope this guide was helpful to you. You can comment below for any queries.

Tags: Android Tips & Tricks, How to