In this comprehensive tutorial, we will show you the steps to unlock the bootloader on any Motorola device. The journey of this OEM has been quite an underrated one. Its impressive Moto G series has always been liked by one and all. Along the same lines, the company also runs an Android One series of devices. Offering a clean and stock experience, these devices also guarantees faster Android upgrades. Then the company also tried its hands on uncharted territory.

The decision to take the users on a nostalgic ride by bringing back its ever-popular Razr device is a perfect example of the same. All in all, the company has managed to build and maintain its loyal base even in this cut-throat competition. The device owners, on the other hand, are always looking to get more out of their Moto device. If you also fall into this domain, then you have come to the right place. This guide will show you how to unlock the bootloader on your Motorola device and explore its full potentiality. Follow along. 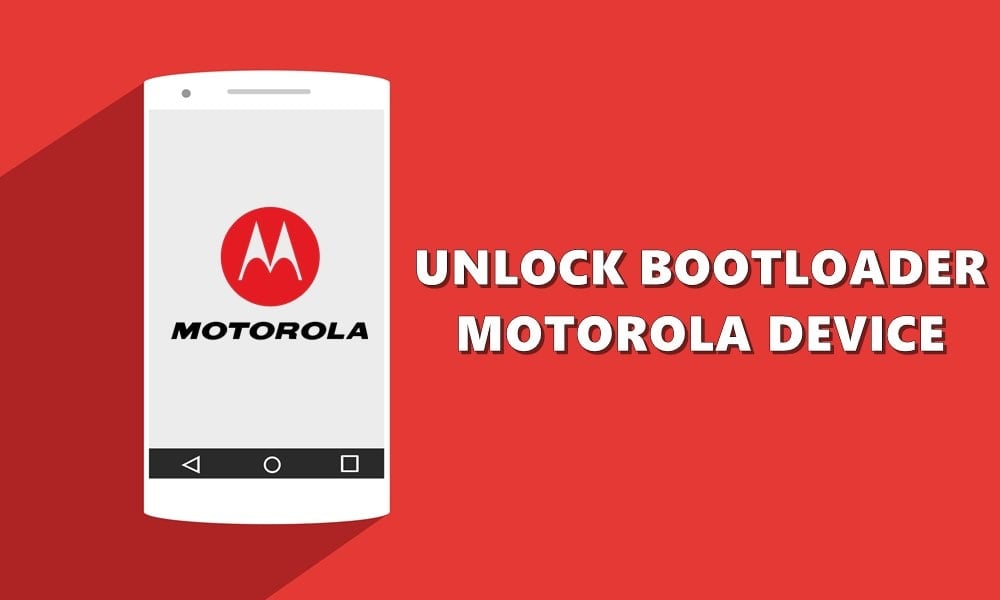 A bootloader is a software program that tells the OS which programs does it need to load during the boot-up. Along the same lines, it also makes it possible for your device to boot to recovery mode. By default, most of the OEMs ships their devices with a locked bootloader. The reasoning on their part is pretty straightforward. They only want the userbase to stick to the default OS environment that they have provided.

While that is understandable, but a locked bootloader wouldn’t allow you to explore the device’s full potentials. This is why many tech enthusiasts prefer to take their step forward to custom development. The first requirement for which calls for an unlocked bootloader. And in this guide, we will help you with just that. But before that, let’s make you aware of the benefits and risks of unlocking the bootloader on your Motorola device.

Benefits and Risks of an Unlocked Bootloader

There are a plethora of goodies associated with an unlocked bootloader. To begin with, you will be able to flash many different types of custom ROMs or even install a custom recovery like TWRP. Along the same lines, you could also gain administrative privileges of your device and gain access to the system partition. This in turn is possible by rooting your device via Magisk. Once rooted, you could flash Magisk Modules, Xposed Framework, and plenty of other mods.

However, all these tweaks bring in a few uninvited risks as well. Once you have unlocked the bootloader, your warranty stands null and void. Likewise, the process will wipe off all the data from your device. Along the same lines, apps like Netflix, Google Pay, and Pokemon Go might not function as expected. The entire process is risky and could result in a bootloop or soft-brick if not performed correctly. With that said, if you are ready to proceed, then here are the steps to unlock the bootloader on your Motorola device.

How To Unlock Bootloader On Any Motorola Moto Phones

There are a few requirements that you need to qualify before going ahead with the process. So make sure that you checkmark all these prerequisites.

That’s it. You may now proceed with the steps to unlock the bootloader on your Motorola device.

To begin with, you will have to enable USB Debugging and OEM Unlocking on your device. The former is needed so that your device gets recognized by your PC in the ADB mode. On the other hand, the latter option allows you to carry out the unlocking process. So head over to Settings > About Phone > Tap on Build Number 7 times > Go back to Settings > System > Advanced > Developer Options > Enable USB Debugging as well as OEM Unlocking.

The next step in this process to unlock the bootloader on your Motorola device requires you to boot it to Fastboot Mode. Here’s how it could be done:

STEP 4: Get the Unlock Key from Motorola

You will now have to send this unlock data to Motorola, who will, in turn, give you the Unlock Key. Proceed as follows:

At this point, you will now receive an email from Motorola with the Unlock Key on the email address that you have used to sign in to this page. So check your Inbox for the key, if it is not there, then do check the Promotions and Spam folders as well.

That’s it. These were the steps to unlock the bootloader on your Motorola device. If you have any queries concerning the aforementioned steps, do let us know in the comments section below. Rounding off, here are some iPhone Tips and Tricks, PC tips and tricks, and Android Tips and Tricks that you should check out as well.