In this article, we will give you a complete list of supported TWRP recovery for Motorola devices. TWRP or when expanded Team Win Recovery Project is a custom recovery available for Android devices. It is an open-source tool and can be used b, anyone, for free. Considered to be an important contribution to the Android developer community, TWRP is known around the globe. A lot of Android users worldwide make use of this custom recovery tool. It is better than the stock recovery in many ways including the interface and features. At first, the touch-based interface is very easy to use than the stock recovery. In addition, there are a lot of added features in TWRP which is not available for Android. 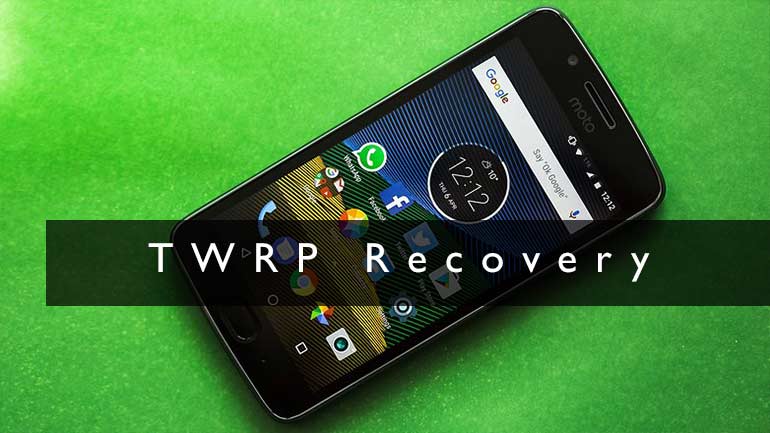 Many developers have been trying to bring up an operating system better than Android for a long time. But to date, none of those new mobile-based operating systems was able to come above Android. Apple’s iOS has been a big competition for Android. But considering the difference in the price of the devices, Android is preferred by a majority of users. The interface of Android is considered to be more user-friendly with a touch-based system that can be used seamlessly. But for some reason, the stock recovery of Android doesn’t provide a user with the same kind of interface. Touch is disabled in the stock recovery and comes with only a few features. This is where the use of custom recovery like TWRP comes up.

TWRP stands for TeamWin Recovery Project is a fully touch-based and open-source custom recovery for Android devices. It is the best custom recovery after ClockworkMod (aka CWM). Unlike Stock Recovery, TWRP helps to install Custom ROM, Kernel, Mods, or even root any Android devices in just a few simple steps.

[su_quote cite=” Wikipedia” url=”https://en.wikipedia.org/wiki/TWRP”]Team Win Recovery Project (TWRP) is an open-source software custom recovery image for Android-based devices. It provides a touchscreen-enabled interface that allows users to install third-party firmware and back up the current system, functions often unsupported by stock recovery images. It is, therefore, often installed when rooting Android devices, although it isn’t dependent on a device being rooted to be installed.[/su_quote]

List of All Supported TWRP Recovery for Motorola Moto Devices

Here we have listed all the supported Motorola Moto devices on which you can install TWRP Recovery. With each link, we have included the guide on How to install the TWRP Recovery. So read the step-by-step carefully.

TWRP Recovery For Motorola One Series: