Android is a modified Linux kernel-based open-source mobile operating system that has been developed and designed for touchscreen mobiles like smartphones and tablets devices. With plenty of developer support, customizations, and a widespread userbase, Android OS becomes one of the popular mobile OS in the world. Currently, Android 13 is in its early stage and you can Download Android 13 Custom ROM with the help of the supported device list.

As Android is highly optimized and customization-friendly with custom firmware (Custom ROM) that has been developed by a lot of dedicated custom firmware developers, it’s quite common & easy for Android users to flash a third-party aftermarket ROM on their devices. Obviously, it requires flashing knowledge, required files or tools, compatible device model, and base Android OS version which should be running on the device before flashing. 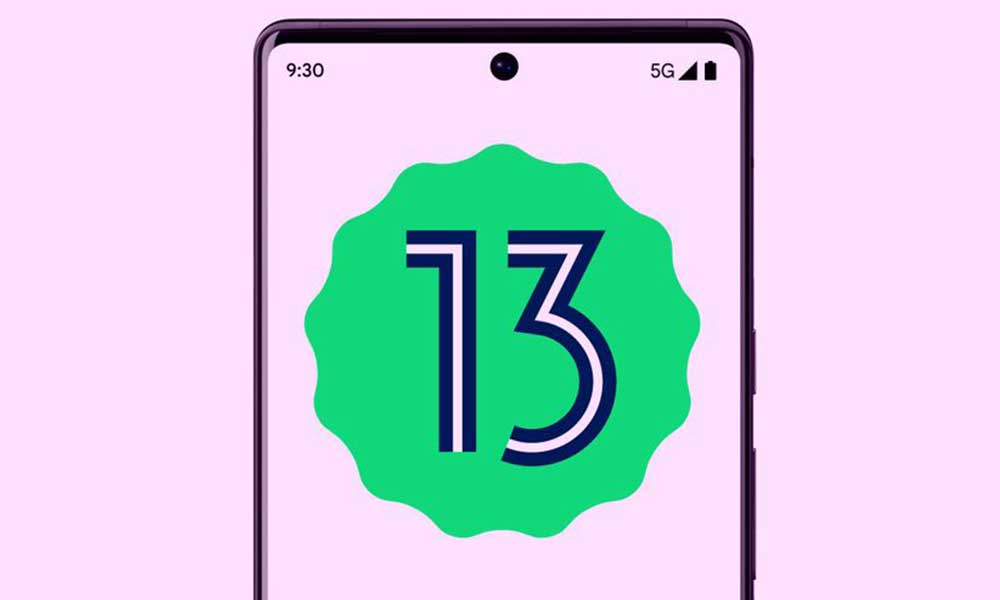 Currently, the Android 13 Developer Preview build is only available for some eligible Google Pixel models which might bring new features and additional improvements. However, it also brings stability issues or bugs whatsoever due to its initial stages until the public beta builds arrive officially. Yes! Public beta builds are still stable enough to at least be used on Android devices as a daily driver if you’re having a primary device to install it.

Well, coming to the topic, the newly released Android 13 is the successor to Android 12 and it brings plenty of new features such as nearby device permission, photo picker, dynamic theming with icons, quick access QR code scanning, quick access to the flashlight, redesigned audio output layout, etc. You can get brief info here about the Android 13 changes, release dates, and more.

The best part is that even if your Android device model isn’t eligible to Android 13 officially by your manufacturer or if your device model will gonna receive the update quite lately then you can easily get an early taste of the Android 13 vanilla version using (AOSP custom firmware) straight away. All of these can be possible due to the Project Treble support on your handset. Project Treble support is present on each device that runs on Android 8.0 Oreo or later.

Google has implemented the Project Treble support for non-Pixel Android devices which has been applicable for Android 8.0 Oreo or higher OS running models to easily flash the GSI (Generic System Image) file to get an early taste of the newly released Android OS. As the name suggests, a Custom ROM is an aftermarket third-party firmware file that can be developed by a custom firmware developer for specific device models depending on the region.

It includes a vanilla version of the specific Android OS with a lot of customization options. There is no better alternative to Android OS when it comes to flashing files, installing root access, installing modules, changing visual elements, booting to fastboot or recovery, etc. Although custom firmware is prone to risks, crashes, stability issues, etc than stock firmware, plenty of Android fans are more interested in having custom firmware on their devices.

Most probably because it has almost zero bloatware installed, a fresh & clean user interface, maximized customization options directly from the system settings menu, and more. Now, if you’re interested in Android 13 custom firmware then you can follow this guide completely.

Currently, there is no custom firmware available based on Android 13. We’ll have to wait for it.

Steps to Install Android 13 Custom ROM on Any Android Device

You’ll have to follow up on some of the requirements before heading over to the firmware flashing steps.

Till then stay tuned for more info. You can bookmark this page to keep checking the updated info. We’ll gonna include every possible Android 13 Custom ROM regarding details whenever available. For further queries, let us know in the comment below.