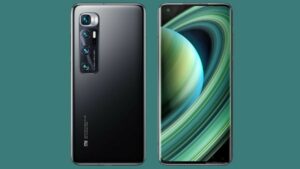 Under the hood, you get the Qualcomm Snapdragon 865 chipset powered by the Adreno 650 for the graphics. The Xiaomi Mi 10 Ultra comes in various RAM and storage variants ranging from 8GB + 128GB all the way up to 16GB + 512GB. You get the faster UFS 3.1 storage on all the storage options which keep things such as app and game launches fast and smooth.

When it comes to the cameras, the Mi 10 Ultra has a whole bunch of them laid out in a quad-camera setup at the rear. The primary camera is a 48MP lens with Xioami’s own sensor inside. The 20MP ultrawide lens allows you to capture images in tighter spaces. There is also a 48MP telephoto lens which gives you access to 5x optical zoom and up to 120x hybrid zoom which is just crazy. Lastly, the 12MP depth sensor is used for capturing portraits of human subjects and other objects with precise edge detection.

All of this power is backed up by a 4500 mAh battery which might not sound impressive at first glance given the 120Hz display on the Mi 10 Ultra, but the real eye-catcher is the insanely fast 120 Watt charging.

Other features of the newly launched Xiaomi Mi 10 Ultra include a fast in-display fingerprint scanner, dual stereo speakers, and support for reverse wireless charging. Overall, the Xiaomi Mi 10 Ultra is a tough phone to beat for the starting price of CNY 5,599 which is roughly 60,100 Indian Rupees. The phone comes with MIUI 12 based on Android 10 and is promised the latest updates on the quickest from the company.

As the title suggests, we’ve shared the requirements and steps to flash the AOSP Android 13 build on the Xiaomi Mi 10 Ultra (cas) variant.

You can skip this adb and fastboot part if you have already installed TWRP Recovery on your Xiaomi Mi 10 Ultra.

You must first unlock the bootloader on your Xiaomi Mi 10 Ultra to enjoy any custom ROM.

Here, you will find all the Android 13 custom ROM for your Xiaomi Mi 10 Ultra (cas).

Your device will now boot to the newly installed OS. With this, we conclude the guide on installing the AOSP Android 13 on Xiaomi Mi 10 Ultra. Remember that the first boot might take time, and you might have to set up your device from scratch.

Flashing the ported Android 13 on your Xiaomi Mi 10 Ultra will give you an early taste of the latest Android OS version. It looks like the Xiaomi Mi 10 Ultra model won’t officially receive the Android 13 update from the manufacturer. So, it’s a good idea to get most of the features and visual treatment. However, if you find any extra bugs or stability issues, you should report them to the respective forum.