Recently, after the latest Android 13 update, many users started complaining that after installing the update, the smartphone screen started flickering, due to which they could not use their phone. Various forums are continuously flooded with complaints from users disappointed by this issue and hoping for a resolution.

You may find these tips helpful; however, if you are experiencing the issue and are hoping for some temporary solutions until the next update. Throughout this article, you will find practical solutions to the screen flickering issue after updating Android 13.

How to Fix Android 13 Restarting Randomly After Update 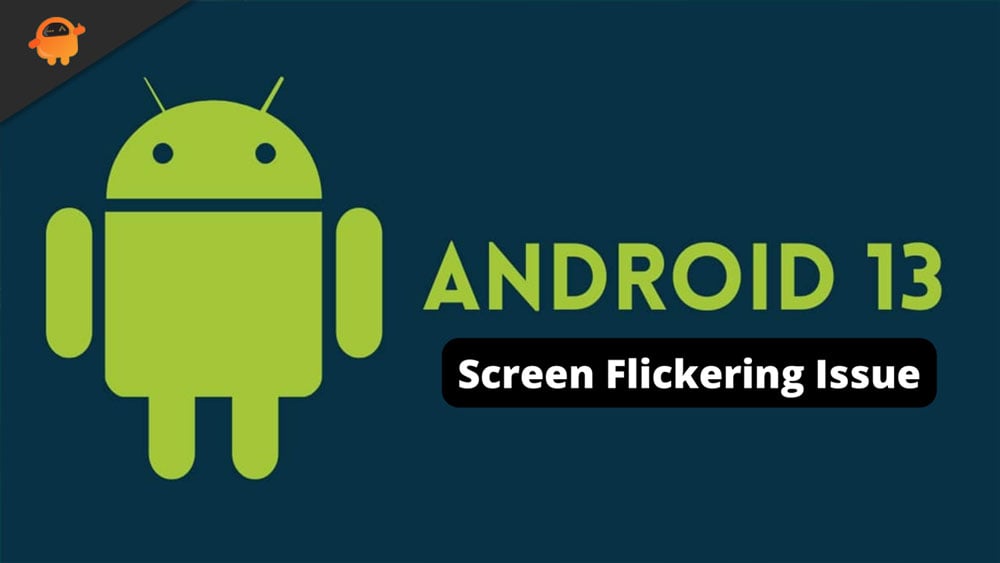 Why is The Screen on My Phone Flickering?

System caches are similar to app caches in that they store the data your phone needs to boot up and function properly. In some cases, flickering can be caused by damaged or mishandled GPU data. You can resolve this issue by deleting the cache in this scenario. So, let’s check out the fixes that have the potential to resolve the Android 13 flickering issue after the update.

How To Fix Android 13 Screen Flickering Issue After Update

It may be possible to try some fixes to resolve the Android 13 screen flickering issue after the recent software patch update. So, if you are facing this, you are not alone as many users are suffering from the same error, but nothing to worry you just perform these fixes:

Method 1: Quit All Apps in the Background

Many CPU and GPU resources are consumed by apps that run in the background, particularly heavy applications. Therefore, if you have a lot of background applications running, your device’s performance may be affected. The long-term consequences may also include various issues, including screen flickering.

Close all the active apps in the background if you are experiencing such problems. By doing so, you’ll be able to free up CPU resources and clear out many temporary glitches. Therefore, if the flickering issue on your device results from a glitch, it will solve the problem.

Method 2: Force Your Device to Restart

You may think this is silly, but many pranks or suspicious apps available on the Android Market can flicker your screen, make fake calls, or play fake sounds. In recent years, such apps have become less harmful and do not cause serious system problems but are simply entertaining to play.

You may have had them installed on your phone by your friends or siblings. Navigate to the All apps section of the settings menu to eliminate such prank apps. You can uninstall any suspicious or prank apps.

It always comes as a surprise when we hear about a factory reset because we are scared of losing our data. However, the screen flickering issue should be fixed if you are experiencing it due to a firmware issue, in which case a factory reset should solve the problem.

If you are factory resetting your device, ensure all your important files are backed up to your SD card, Cloud, or another device. To do so, follow these steps:

Nonetheless, if none of these options work, we have a few other options. Several users have already reported that these solutions have been helpful to them, and they recommend them to others.

Method 6: Check for malware and virus

There is a probability that your device has malware or a virus causing this flickering problem if there isn’t a serious fault. You may experience such instances of your screen flickering when you are infected with viruses or malware. Check your device for potential viruses and malware by downloading a free antivirus app from Google Playstore.

The most effective way to resolve such issues is often to wipe cache partitions. The method has already shown to be effective for some users. To wipe the cache partition, you must reboot your device to the recovery screen. In addition, make sure you select the option for repairing apps. You can cure all the infected apps on your device using this program.

Possibly, some hardware fault in the screen component itself could be causing the screen flickering problem. Your screen must be replaced through the authorized service center if there is a hardware fault.

So, that’s how to fix the Android 13 screen flickering issue after the recent update. We hope that this guide has helped you. Meanwhile, if you have any questions regarding the topic, comment below and let us know.