Users of Google Pixel phones can now download Android 13 after several months of beta testing. This is an iterative update to a foundation laid with Android 12 that arrives earlier than usual in the fall of 2022. As part of this update, Material You will be more elaborate and customizable, multitasking tools will be more convenient, Chromebook and tablets will be compatible with it, and improved photo picking will be included.

Although Android 13 doesn’t bring any groundbreaking features, it does add more polish to last year’s excellent features. But, as it is still in its last phase of beta testing, many users who have enrolled as beta testers are getting the latest patch, and after installing it, their Android 13 phone starts charging slowly or not charging issue. But don’t worry! We have fixed if your android 13 device is charging slowly. Here are the fixes:

How to Fix Android 13 Restarting Randomly After Update 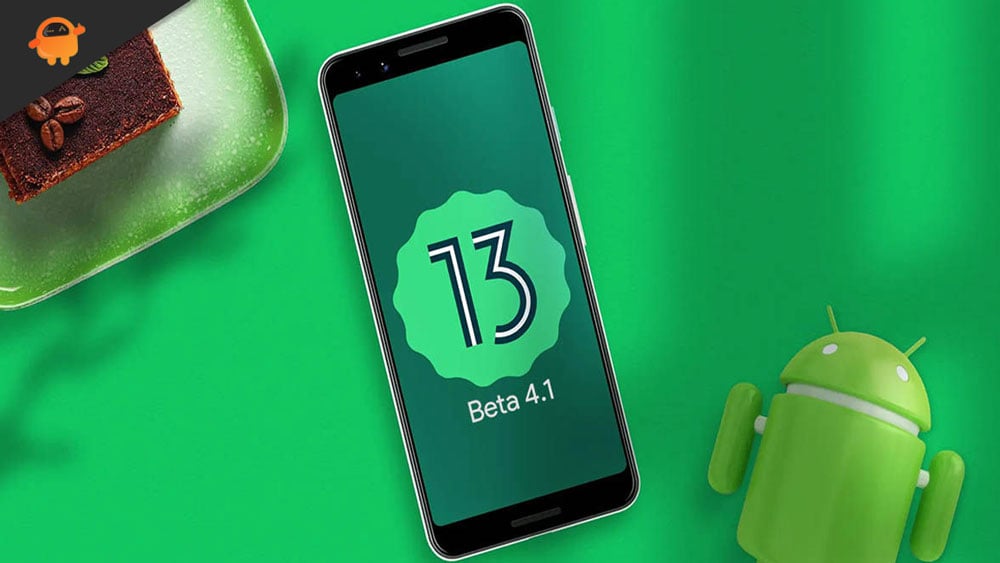 How To Fix Android 13 Charging Slow or Not Charging Issue

These issues are common as Android 13 is still developing for some devices. So, if you are facing the charging slowly or not charging issue with your smartphone that is recently updated to Android 13, then make sure to apply these fixes to resolve this:

Check to see if rebooting your smartphone makes a difference if your Phone is charging slowly. Perhaps the Phone caught a small glitch that caused the charging rate to be slower than normal. Once the device has been rebooted, monitor the charging performance to ensure that the original charging speed has been restored.

The Android 13 operating system handles almost everything you do with your smartphone. Just as apps can introduce bugs and glitches, OS can introduce them from time to time, disrupting and hampering the Phone’s functioning. The Android 13 smartphones do not charge or charge slowly in this instance.

You can solve the said problem by upgrading your firmware to the latest version available. It is essential to keep your firmware updated since outdated software can introduce many issues. This is how it works.

Fix 3: Use the Original Cable or Replace It

USB cables are typically the most abused hardware components during a battery charging spree. Due to the stress and strain that it experiences, it is likely to break down in the first place. It is twisted, bent, strained, and undergoes several stresses.

Ensure the USB cable does not have any cuts along its length. Ensure that the cut ends are connected if there is a cut. You will still need to purchase a different USB cable if you don’t.

Replace the old cable with a new one or if you have a spare one (even though the stress part remains unchanged). You should ensure that everything else, including the power source, the charging brick, and the Phone’s charging port, are the same if the Android 13 device is charged via a different cable. Once the Phone has started charging, check back in 2-3 minutes to see if it charges at the same speed it did originally.

Fix 4: Use The Original Charger if You Can

Next, it is logical to check if the charging brick is at fault after determining that there is no fault with the USB cable.

Here is how you can check if the charging brick is faulty.

Fix 5: Check if Any Process is Consuming More Power

You might have a battery problem (more on that later), or your apps or games are draining more power during charging than they should if your Phone’s battery drains faster than charging. To charge more quickly, close all apps and processes and turn off airplane mode if necessary. Recheck the battery charging after some time to verify that it is working properly.

Fix 6: Check for Debris Inside the Charging Port

An Android 13 smartphone can be slow to charge or not charge due to debris within the charging port, such as dust, lint, or other foreign particles. The charging port needs to be cleaned as the issue will only grow if left unattended. Cleaning the charging port, however, should be done with caution. Here’s how.

Fix 7: Check if The Port is Damaged

Water damage may not be visible unless you know exactly what you’re looking for, even if it is physically damaged to the port. To find out whether the USB cable and the charger are working, swap them. Your Phone’s port must be at fault since swapping chargers does not force the battery to begin charging if the different charger is working on another phone.

There is still the possibility that power outlets can impede charging speeds as they might not deliver adequate amounts of power, thus reducing the speed of charging. After changing the power source, you can check if it caused the issue.

So, that’s how to fix the Android 13 slow charging or not connecting issue. We hope that you find this guide helpful. Meanwhile, comment below and let us know if you want to ask a few more questions regarding this topic.