If we take a quick look at Android 13 features, it brings redesigned UI elements, themed icons, an updated photo picker, faster QR code scanning, enhanced privacy & security features, and more. Several affected users have started claiming that they cannot play video content on their devices after updating to the latest Android 13 OS version. It seems weird and frustrating because Google worked hard on the developer and public beta releases.

So, the specific video playback-related errors are troubling a lot of Android 13 users recently because not only the in-device videos but the online videos (YouTube) are also not playing smoothly. In terms of the user reports, unfortunate users encounter the ‘Can’t play video’ error message whenever they try to play video content on their Android 13 devices. But it looks like that on-device stored videos are getting affected badly.

How to Fix Android 13 Bootloop Problem 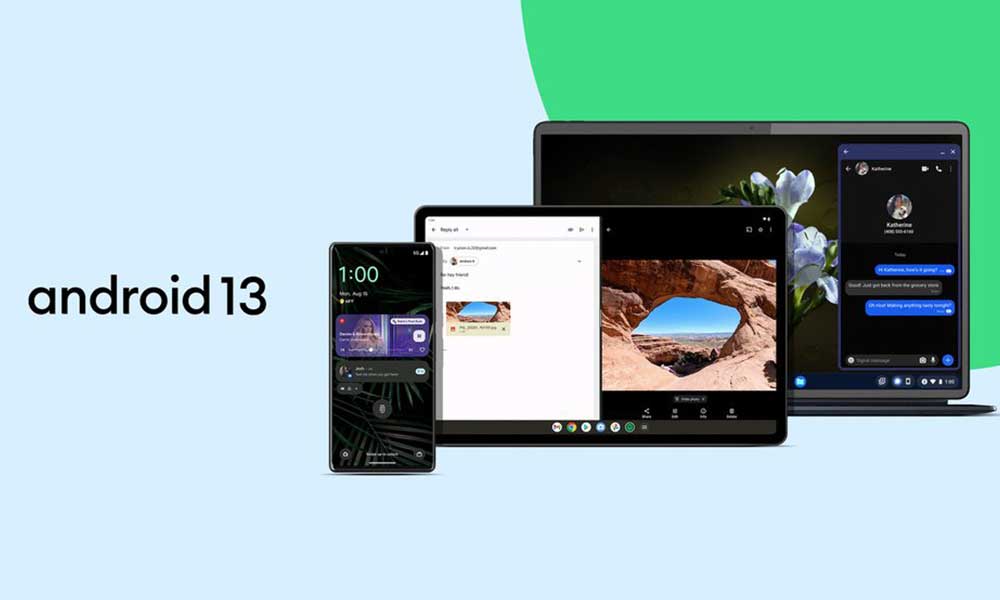 Now, if you’re also one of the victims of such an issue, then follow this troubleshooting guide completely to resolve it. The chances are high that your on-device stored video files become corrupted unexpectedly. Additionally, issues with the media player application, outdated system software, outdated video player version, incomplete downloaded video files, etc. can be one of the possible reasons behind such an issue.

While conflicts with the microSD card, system glitches, app cache data issues, outdated app version, issues with the internet settings, malware or adware regarding issues, etc., might trouble Android device users a lot. As you know the reasons clearly, follow the workarounds below until the problem gets fixed. Sometimes even a basic workaround can also come in handy. So, without further ado, let’s jump into it.

It’s highly recommended to restart your handset properly after closing all running applications from the recent panel. Sometimes a simple reboot of the device might come in handy for you. It clears out temporary system glitches and sometimes fixes cache data issues. To do so:

You should also cross-check the internet connection because issues with the network can cause trouble playing online videos like YouTube content. If in case, you’re using the mobile data connection, try using the Wi-Fi connection to cross-check issues with YouTube or other online streaming services. If your mobile data or Wi-Fi network has issues, simply contact the service provider for technical support.

You can also try uninstalling the Android System WebView system on your Android 13 device to ensure the video is not playing issue. To do so:

If you’re using an outdated video player or YouTube application on your Android 13 device, then you can check for the update by following the steps below.

If, in case, you’re using the problematic app on your Android device and still the video not working issue is bothering you, then it’s recommended to clear out the app cache data manually by following the steps below.

There may be some issues with the specific video player app or the YouTube app running in the background and refusing to start over again. It’s better to force-stop the problematic app and relaunch it by following the steps below to start the app freshly.

It’s also suggested to check for the system software update on your handset by following the steps below. An outdated system software version can eventually trigger several possible issues with the video playing or media streaming apps. As Android 13 is new in the market, it might have some bugs or stability issues with some quite common applications.

In most cases, wiping out the cache partition on your Android 13 device might fix the temporary cache data issue or system glitches. You can follow the steps below to do so:

Sometimes resetting app preferences on your Android device might come in handy to remove incorrect app preferences (settings) that can affect playing videos or conflict with the background data. To reset:

These two mentioned video player applications are easy to use and support almost every video file format without major issues. Worth trying out to cross-check if your Android 13 device is still unable to play videos or not.

If none of the methods worked for you, then make sure to perform a factory reset on your handset to check whether the problem has been fixed. Remember that the factory reset process will completely delete the device data, such as apps, games, user-defined settings, internal storage files, call history, text messages, etc. So, it’s better to take a full data backup of your device before jumping into the steps.