On this page, we will guide you to install the unofficial Android 13 Custom ROM on Samsung Galaxy Note 9 (codenamed crownlte). If you are someone who wants to install the vanilla version of Android 13, then this guide is for you. 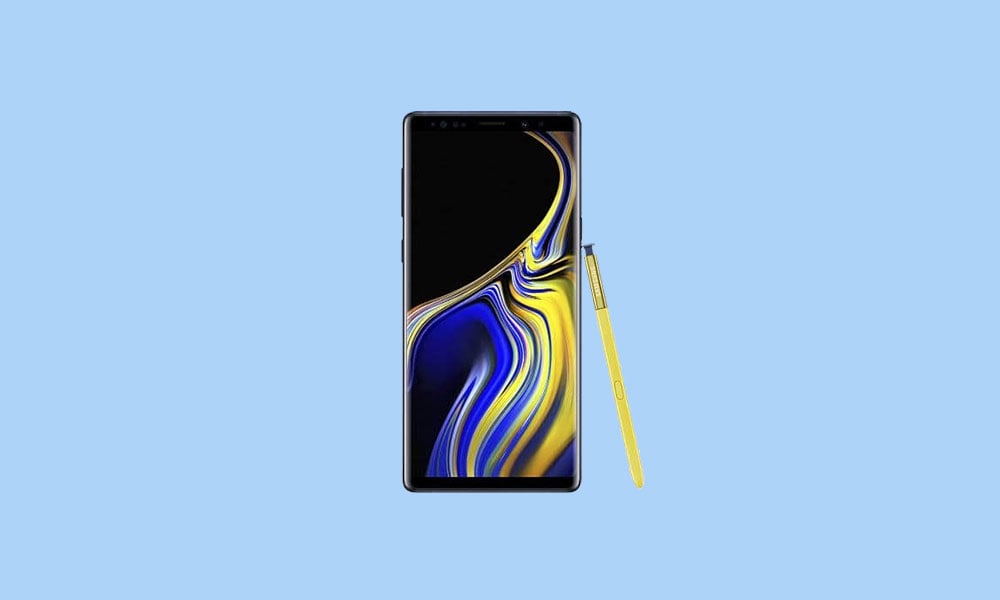 Google has finally started rolling its stable Android 13 update to the public. As expected, only Google has released the update to their Pixel lineup, but no OEM has started cooking a stable yet.

As the title suggests, we’ve shared the requirements and steps to flash the AOSP Android 13 build on the Samsung Galaxy Note 9 (crownlte) variant.

It’s highly recommended to charge your handset before unlocking the bootloader to avoid your device from shutting down occasionally while going through the process. Make sure to keep at least 50% of the charge or higher for a smooth operation.

You can skip this adb and fastboot part if you have already installed TWRP Recovery on your Samsung Galaxy Note 9.

You must first unlock the bootloader on your Samsung Galaxy Note 9 to enjoy any custom ROM.

Here, you will find all the Android 13 custom ROM for your Samsung Galaxy Note 9 (crownlte).

Your device will now boot to the newly installed OS. With this, we conclude the guide on installing the AOSP Android 13 on Samsung Galaxy Note 9. Remember that the first boot might take time, and you might have to set up your device from scratch.

Flashing the ported Android 13 on your Samsung Galaxy Note 9 will give you an early taste of the latest Android OS version. The Samsung Galaxy Note 9 model won’t officially receive the Android 13 update from the manufacturer. So, it’s a good idea to get most of the features and visual treatment. However, if you find any extra bugs or stability issues, you should report them to the respective forum.

Will Samsung Galaxy Note 9 Get Official Android 13 (One UI 3.0)Update?

According to Samsung’s official blog, the company is committed to delivering 3 major Android OS updates and 4 years of Android Security Patches. Well, Samsung Galaxy Note 9 came out of the box with Android 9.0 Pie and later received its 2 major OS updates; Android 10 and 11. There are no chances that these devices will get the Android 13 (One UI 5.0) as they have not yet received the Android 12 update.

It won’t justify if we are talking about whether this device meets the minimum requirement for the update or not; you can try the Android 13 custom ROM on it. If you still want to inspect this device’s eligibility, let’s hover to the specification section.

Try Android 13 GSI build on your Galaxy Note 9 by following the guide carefully.

Updated on November 11, 2022: Samsung started seeding July 2022 security patch update for the device with software version N960FXXU9FVK1. The update is based on Android 10.

Updated on July 23, 2022: Samsung started seeding March 2022 security patch update for the device with software version N960U1UES9FVF1. The update is based on Android 10.

Updated on June 22, 2022: Samsung started seeding March 2022 security patch update for the device with software version N960WVLS9FVC1. The update is based on Android 10.