Samsung Galaxy Note 10 is one of the South Korean giant’s most popular Note series phones. Released in 2019, the Galaxy Note 10 and Galaxy Note 10 Plus came with Android 9 (Pie) out of the box. In 2020, the phones received their first major OS update – Android 10. 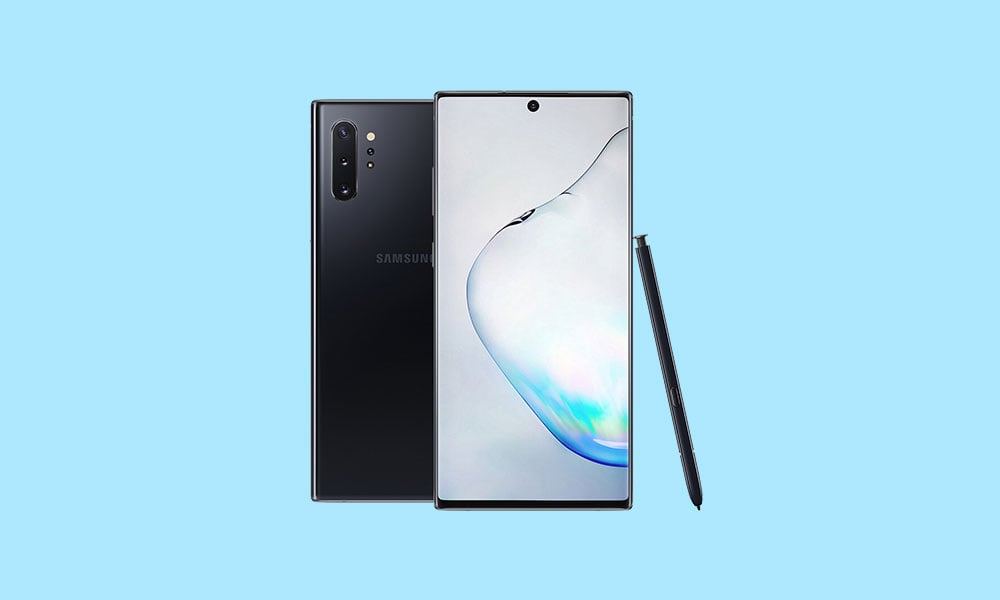 Both the Galaxy Note 10 and Note 10 Plus boast a similar design. You can only distinguish between the two by looking at the rear camera module. As far as the specifications are concerned, the Galaxy Note 10 has a 6.3-inch Dynamic AMOLED display with HDR10+ support and Corning Gorilla Glass 6 protection. On the other hand, the Plus model has a slightly bigger 6.8-inch display.

The Galaxy Note 10 and Note 10 Plus are powered by an octa-core processor coupled with up to 12GB RAM and 512GB of internal storage. While the Galaxy Note 10 Plus offers storage expansion, there’s no microSD card slot in the vanilla model. The camera setup is one of the main highlights of this phone. On the rear side of the vanilla model, we have a 12MP primary lens with OIS, a 12MP telephoto lens with 2x optical zoom, and a 16MP ultrawide lens. The Plus model has an additional sensor – a 0.3MP TOF 3D. Both devices feature a 10MP selfie shooter.

AOSP is an acronym for Android Open Source Project. It’s an open-source project maintained by Google. Since it’s open-source in nature, anyone can download and modify codes as per their needs. Using this file, anyone can create custom variants of Android OS, legally.

Google releases AOSP for each iteration of Android OS. For Android 13, it has already been released, and developers have already started working on it to integrate with their own custom skin. For example, One UI skin in Samsung phones.

After companies drop software support for their phones, Android enthusiasts keep tweaking the AOSP to offer new OS updates to those phones. As you already know, Samsung won’t be releasing the Android 13 update for the Galaxy Note 10 and Note 10 Plus. In such a case, we can use the AOSP developed by others to update the phone.

Thankfully, the AOSP Android 13 is available for the Galaxy Note 10 and Note 10 Plus, which you can download and install right away, all thanks to an XDA developer Linux4.

Before we install the Android 13 build, it’s important to know what’s working and what’s not. The developer has posted that VoLTE/VoWiFi is not working. This is not the complete list, as he expects more issues to surface. With these points in mind, let’s move to the installation process.

Installing the Android 13 AOSP build is just like installing any other custom ROM on your Samsung phone. If you’re already familiar with that, go on and install the package you just downloaded. But, before that, I want to tell you that the ROM only supports a particular Lineage recovery. Using TWRP might result in data loss. You can download that Lineage recovery using the link given below.

Steps to Unlock bootloader on Your Samsung Phone:

During the process, you’ll be required to format user data. Hence, I would recommend taking a complete backup before moving further.

Important: Do not boot into system again before booting recovery, or system will restore stock recovery!

If using Odin, untick auto-reboot before flashing. After flashing reboot by pressing Volume Down and Power for approximately 7 seconds. Immediately hold Volume Up and Power to boot recovery

Important: As of OneUI 3 your device needs to be connected to a PC via USB cable in order to be able to boot recovery via Volume Up, Bixby, and Power.

Warning: Unlike TWRP this will also erase internal storage!

Step 5: Run adb sideload <path to your lineage.zip> on your PC

Optional: Sideload GApps and Magisk by repeating the above step with their zip/apk.

According to the XDA member Linux4, the ROM has a working ramdisk. Hence, sideloading the Magisk APK is enough.

I hope this guide was useful to you. Do you love to customize your Android phone with new custom ROMs? Could you successfully install Android 13 on your Samsung Galaxy Note 10 or Galaxy Note 10 Plus? Let us know in the comments below.

According to Samsung’s official blog, the company is committed to delivering 3 major Android OS updates and four years of Android Security Patches. Well, Samsung Galaxy Note 10 and 10 Plus came out of the box with Android 9.0 Pie and later received their 3 major OS updates; Android 10, 11, and 12. There are no chances these devices will get the Android 13 (One UI 5.0) as it is completed with 3 major OS upgrades.

Updated on November 12, 2022: Samsung started rolling out the new update, which brings the October 2022 security patch update for Galaxy Note 10 series for users around the globe with software versions N970FXXS8HVJ1 / N975FXXS8HVJ1.

Updated on August 02, 2022: Today, Samsung rolled July 2022 security patch update Galaxy Note 10 and 10 Plus for users around the globe with software versions N970FXXS8HVG1 and N975FXXS8HVG1.

Updated on July 23, 2022: Samsung started seeding May 2022 security patch update for the device with software version N975FXXU8HVE6. The update is based on Android 12.

Updated on June 28, 2022: Samsung started seeding June 2022 security patch update for the device with software version N976BXXS8HVE9. The update is based on Android 12.

Updated on June 22, 2022: Samsung started seeding May 2022 security patch update for the device with software version N975U1UES7HVD1. The update is based on Android 12.

Updated on June 22, 2022: Samsung started seeding April 2022 security patch update for the device with software version N975WVLS7HVCD. The update is based on Android 12.

Updated on June 22, 2022: Samsung started seeding June 2022 security patch update for the device with software version N970FXXS8HVEA. The update is based on Android 12.