There’s been a sudden surge of budget phone launches in the past few months; the Redmi 9 from Xiaomi being one of them. Xiaomi Redmi 9 (codenamed: Lava) launched in June 2020 which came out of the box with Android 10 Q. On this page, we will guide you to install the unofficial Android 13 Custom ROM on Redmi 9. If you are someone who wants to install the vanilla version of Android 13, then this guide is for you. 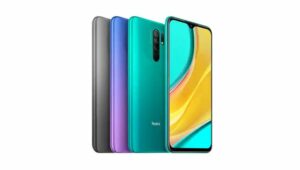 Redmi 9 features a 6.53-inch full-HD+ display with 1,080 x 2,340 pixels resolution. it’s a waterdrop style notch, a 19.5:9 aspect ratio, and a 394ppi pixel density. The phone has 400nits brightness and comes with Corning Gorilla Glass 3 to guard it against scratches.

The phone is powered by a MediaTek Helio G80 octa-core 2 GHz SoC, paired with Mali-G52 GPU and up to 4 GB of RAM. The Redmi 9 supports AI Face Unlock, alongside a rear fingerprint sensor for security and straightforward access. Sensors included are distance sensor, vibration motor, ambient light sensor, accelerometer, and electronic compass. It runs on an Android-based company’s proprietary MIUI.

It has a 5,020mAh battery with 18W Quick Charge 3.0 fast charging support. The smartphone ships with a 10W charger inside the box. The phone is out there in 32 GB and 64 GB of internal storage options which are expandable via a fanatical MicroSD card slot.

How to Install AOSP Android 13 on Redmi 9 (Lava)

As the title suggests, we’ve shared the requirements and steps to flash the AOSP Android 13 build on the Redmi 9 (Lava) variant.

You can skip this adb and fastboot part if you have already installed TWRP Recovery on your Redmi 9.

You must first unlock the bootloader on your Redmi 9 to enjoy any custom ROM.

Here, you will find all the Android 13 custom ROM for your Redmi 9 (Lava).

Your device will now boot to the newly installed OS. With this, we conclude the guide on installing the AOSP Android 13 on Redmi 9. Remember that the first boot might take time, and you might have to set up your device from scratch.

Flashing the ported Android 13 on your Redmi 9 will give you an early taste of the latest Android OS version. It looks like the Redmi 9 model won’t officially receive the Android 13 update from the manufacturer. So, it’s a good idea to get most of the features and visual treatment. However, if you find any extra bugs or stability issues, you should report them to the respective forum.