Apex Legends Season 8: Mayhem has been surfaced on Tuesday, February 2, 2021. This new season brings a new character and weapon apart from the more improved version of Kings Canyon. Apex Legends players have shown a positive response for Season 8 that means players are getting into the new season very quickly to break their own record on Steam. Now, it seems that multiple players are encountering Apex Legends Black Textures Bug on Origin in Season 8 Mayhem. If you’re also facing the same problem, you can follow this article to know more about how to fix it.

There is nothing new that with each and every update, most of the games receive multiple bugs or errors. All of these can trouble the players whatsoever and especially PC gamers are prone to experience such issues. The Origin client users for the Apex Legends game are encountering black texture related issue which isn’t expected at all and preventing players to continue their game smoothly. To recall, the same kind of bug has appeared previously in Season 5 also. 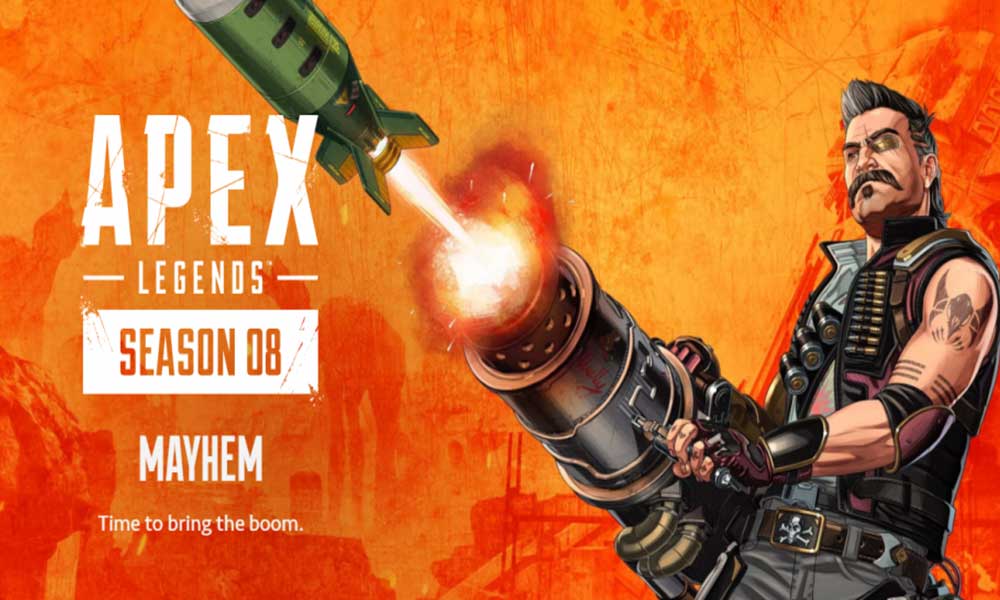 Although this particular issue isn’t that serious for the affected players because they can still continue playing the Apex Legends Season 8: Mayhem, it’s not good for visual aspects. Whenever the texture of the game visuals gets black or completely missing, players start experiencing issues in the gameplay. Now, if you’re encountering the same problem, then don’t worry.

To be very specific, the particular black texture bug may appear whenever there is a fault while updating the game to its new version. Maybe some of the textures or game files either become corrupted or missing while downloading or installing on your PC using the Origin client. Therefore, the missing or corrupted texture files can’t be found properly.

In that scenario, you should always try repairing your game files via the Origin client as a first possible workaround. By using the repair game files method, you’ll be able to bring back the missing or corrupted game files (if any).

However, if this method doesn’t fix the issue, try reinstalling the game freshly. By doing so, you will ensure that there are no temporary cache files that are troubling your game to run properly. We know that reinstalling the game requires a lot of time and a data pack too. But there is nothing extra you can do right now. You can download Season 8: Mayhem here.

Additionally, you should also try lowering the in-game graphics resolution or other texture-related in-game settings to completely fix the black texture issue. Sometimes it can possible that a higher graphics resolution can trigger multiple visual issues on a slightly lower PC configuration.