The conclusion of the World Wide Developers Conference of this year welcomed the latest iOS for your iPhones. Apart from that, the iPad and the Watch were also blessed with their latest upgrades. However, Apple smartphones are the ones to witness some of the biggest changes in recent memory. There were quite a lot of surprising and yet essential features in this update. These included the changes to your home screen, Widgets, App Library, App Clips, Picture in Picture Mode, Translation, Car Keys and Car Play, Privacy improvements, and improvements to Siri, among others.

However, the changes to the home screen have by far been the biggest talking point of this update. Among them, two are the standouts- the ability to add widgets and the new App Library functionality. And in this guide, it is the latter that we will be focusing on. Today, we will show you how to use the App Library functionality on your iPhone and iPad running the latest iOS 14 and iPadOS 14 updates respectively. But first, let’s have a look at what exactly is this App Library feature and then we will list out the steps to use it. So without further ado, let’s begin. 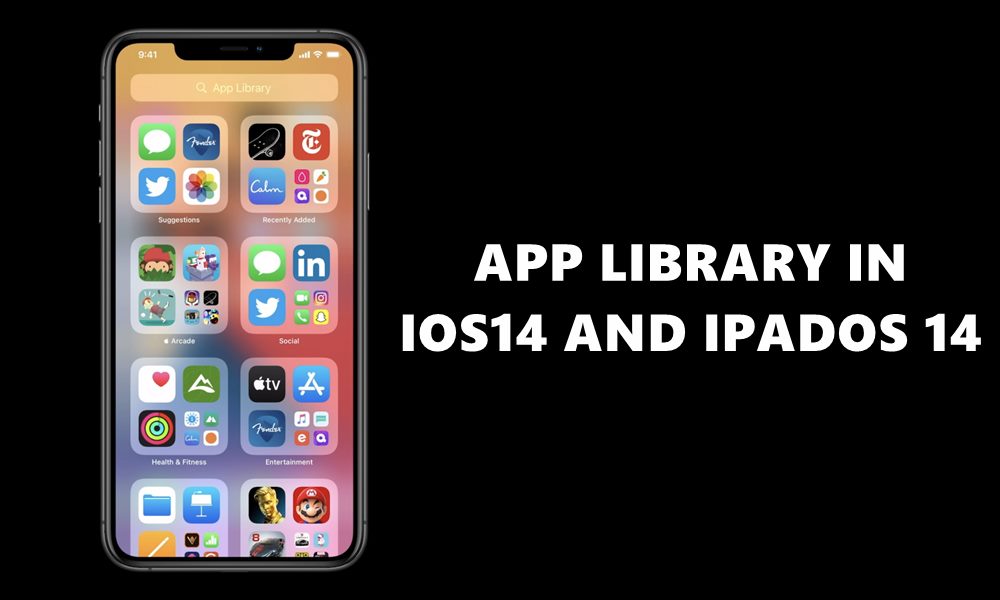 There is a slew of changes to the home screen with this latest update to your iPhone. To begin with, you could now add widgets to your home screen and resize it (albeit with a few restrictions). Although these were present in earlier versions as well but were part of the Today’s View itself. Another pretty nifty feature is now you could delete an entire home page too. Talking about home pages, if you swipe left after the last page, you will be greeted with the App Library.

Among the most prominent changes to take place, Apple categorizes all your apps to separate folders, according to the domain that they belong to. For example, you might see the Social Health Fitness Entertainment, etc for apps and Arcade, etc for the games. Apart from that, there are two pretty important folders right at the top: Suggestions and Recently Added. The first one categories the app based on the apps you seem to frequently interact with, while the latter is self-explanatory: holding the newly installed apps.

This is indeed a great way to keep your home screen clutter-free and give your device a fresh and new outlook. So now that we are done with the “what” part, let’s focus on the how aspect, i.e. how to use App Library in iOS 14 and iPadOS 14. Let’s check it out. 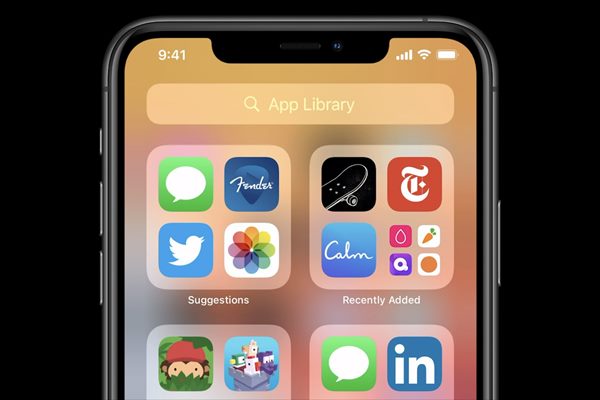 Well, to use this functionality, you don’t have to enable anything as such. Just head over to the last home page and perform a leftward swipe- you should be taken to the App Library on your iPhones. There you should find all your apps neatly organized in different sets of folders. Furthermore, there is a Search Bar right at the top. You could use it to search for your favorite apps right from there, rather than visiting the automatically generated folders.

However, with iPadOS 14, things are a little bit different, and not for good. Although it has taken quite a few features from iOS 14, some are left behind. To begin with, there would be no emoji search, the new Translate App, no Weather or Health app, no Car Key feature, and the biggest disappointment is the absence of the App Library.

Yes, there isn’t no App Library feature in the latest iPadOS 14. The only silver lining could the fact that it is in the early stages of the beta build, after which it will go through the public beta and finally the stable build. So maybe developers at the Apple HQ have a change of heart and decide to incorporate it later on? Well, it’s all speculations and as of now, only the iPhone users could make full use of this feature.

So this is all from this guide about the App Library functionality in iOS 14 and iPadOS 14. While it is indeed a disappointment that such a beneficial feature is absent from your iPad, but sadly this is how it is as of now. If there is any further development regarding this, we will update the guide accordingly. In the meantime, go through our iPhone Tips and Tricks, PC tips and tricks, and Android Tips and Trick section and get yourself acquainted with something new and useful.