2017’s Ark: Survival Evolved is an action-adventure open-world survival video game by Studio Wildcard where players have to survive from monsters and dinosaurs apart from other prehistoric animals, natural hazards, and more. This is an online multiplayer title to join with other players or friends, but somehow plenty of players are getting affected by the ARK Survival can’t join private or friends server online issue quite often. Yes! It’s frustrating a lot.

According to several reports on the Steam Community, some players are unable to connect to the game servers whether it’s a public one or a dedicated one which seems a big issue. Well, it has become a widespread problem among the ARK Survival Evolved players on the PC that needs to be fixed properly. The chances are high that somehow the particular issue is occurring on the PC due to several possible reasons something as the server-side error. 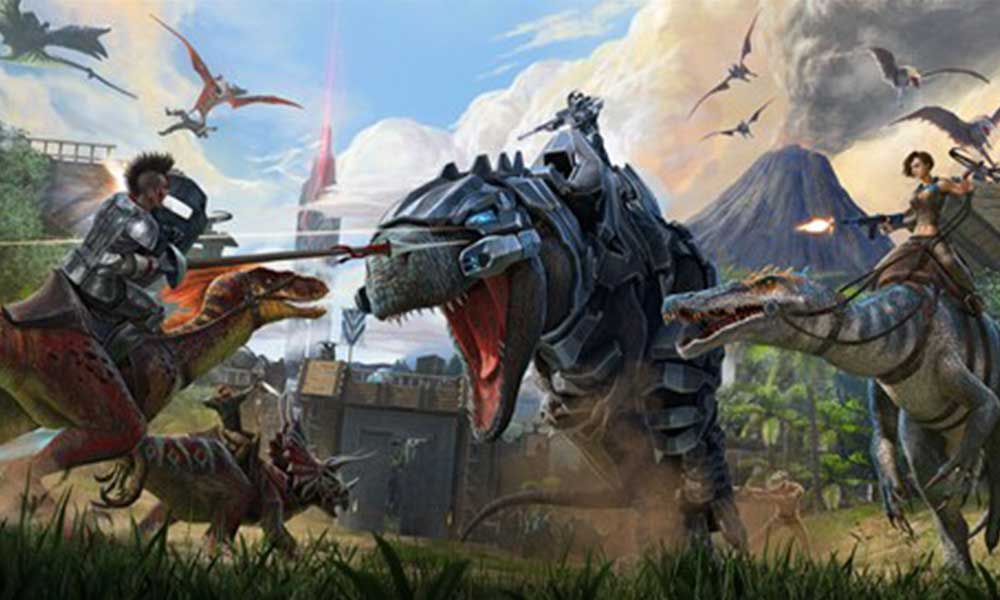 In the last couple of years, it’s been quite common for PC gamers to encounter such issues when it comes to online multiplayer titles. Now, if you’re also facing the same issue for a while then make sure to follow this troubleshooting guide to try fixing it. Luckily, we’ve shared a couple of possible workarounds for you that should gonna come in handy. Talking about the possible reasons, it looks like there may be an internet issue or game file issue troubling.

First of all, you should try checking the server status of the Ark: Survival Evolved game by visiting the official @survivetheark Twitter handle. Here you might get all the server-related reports and info quite frequently. The chances are high that somehow the game servers got some technical errors like downtime or maintenance issues. Most of the time, the server connectivity error or can’t connect the matchmaking may occur due to the overloaded servers.

If in case, there is a server downtime then make sure to wait for a couple of hours and then try playing the game again. You can also submit the server issue report to this Google Form if you’re getting frequent server issues so that developers can work on it. If there is no server issue then you can head over to the next method.

You should always check for the internet connection at your end whether it’s fast and stable enough or not. Sometimes the poor and unstable internet connection can trouble you a lot. If you’re using a wireless network then try using a wired (ethernet) network to cross-check the issue. Try using a different internet network to play the game and connect to the servers to check for the issue.

If you haven’t updated your Ark: Survival Evolved game in a couple of weeks then make sure to check for the latest update and then install the same (if available). An outdated game version can eventually trigger a couple of issues with the launching as well as joining the player’s or friend’s server. To do that:

Sometimes corrupted or missing game files on the PC may cause multiple issues with the game server connectivity. You should repair game files to check for the issue. To do so:

It’s possible that your internet service provider-specific DNS server address has some issues or blocks with accessing online services properly. It’s better to use a public DNS on your computer to check whether the problem has been fixed or not. Here we’ve shared both the Google DNS and Cloudflare DNS for you to choose any one of them. These public DNS addresses offer better reachability and speed in multiplayer games and streaming content.

Note: If the problem still persists with the Google DNS then you can try using the Cloudflare DNS address by replacing 1.1.1.1 as the Preferred DNS server and 1.0.0.1 as the Alternate DNS server.

If the above methods didn’t work for you then make sure to uninstall and reinstall the Ark: Survival Evolved game on the PC. We can understand that it’s not a good idea to reinstall a game because it affects game data and requires effort too. Sometimes there may be an issue in the installed game files that can be fixed only by reinstalling the game. To do so:

If none of the methods worked for you then make sure to contact Ark Survival Evolved Support and submit the bug report. By creating the support ticket, you’ll be able to get earlier acknowledgment from the developers and they can deeply investigate the ARK Survival Can’t Join Private or Friends Server issue.