Asus ROG, the dream phone for every mobile gamer. Every year Asus launches its premium flagship gaming smartphone with every single premium feature. When they were first released ROG back in 2018, they successfully gained all the attention they deserve. From classy design to software, ROG breaks all the records. However, as we know, Android 12 is also on its way to reach our smartphones. Meanwhile, ROG 5, 5 Pro, 5 Ultimate are getting worried about that when they are able to use the new Android 12.

So, bid farewell to your worries as today we are here with some great news for Asus ROG users related to the Android 12 update. Therefore you just need to do one thing, i.e., read this article till the end. So, let’s get started: 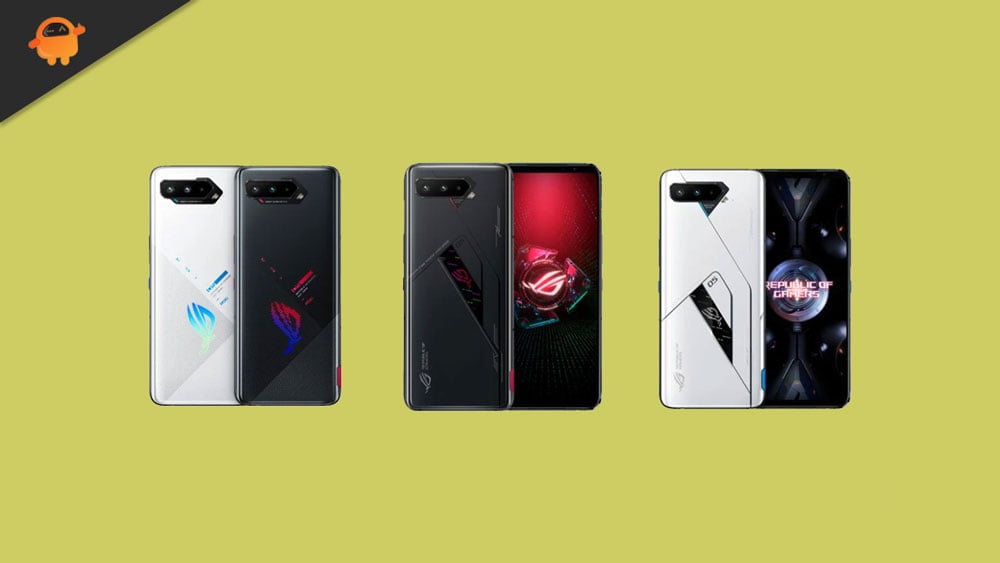 If you are a gamer, then the Asus ROG series doesn’t need any introduction as it is made for gamers. Now, regarding Android 12 update news, it will for sure get the update anywhere soon by the end of the year 2021.

But, regrettably, right now, we don’t know the exact rollout date of this update. So, yes, there is no official confirmation from the developer’s side that when they outline a plan to roll out the update to Asus ROG Phone 5, 5 Pro, and 5 Ultimate. But, yes, they provide a list of eligible devices that get the update soon, and the 5 series successfully manages to get a place in that list.

Nevertheless, if you wish to know how developers outline any device to see if it is eligible, you can continue reading the guide.

Well, let’s start with the display; all three devices come with an amazing 6.78 inches AMOLED, 1B colors, 144Hz, HDR10+, 800 nits (typ), 1200 nits (peak) display that is too protected by corning gorilla glass victus. Next, let’s move towards its software section, with all the three mentioned Asus devices running on Android 11 out of the box. So, that’s clear that the very next update is going to be the Android 12.

Anyway, now talking about the main component of the processor, then all the three devices compiled with the powerful Qualcomm SM8350 Snapdragon 888 5G (5 nm) processor. And as we know, this is the current best processor launched by Qualcomm.

Currently, as we already stated, the exact date is not revealed by Asus. But, It is speculated that in September, they are going to make some announcement. So, until they announce anything, you can bookmark this page and check it regularly. Also, soon we are going to add an Android tracker for the Asus ROG 5 series on this page.