In a recent development, one of the major U.S. carriers, AT&T has pushed in the October security patch for its Samsung Galaxy S8/S8+ variants. The updates are being pushed via OTA and carriers incremental security patches for the devices. Moreover, the update received on the Samsung Galaxy S8 carries the version number G950USQS6DSJ3 while the update for Galaxy S8+ carries G955USQS6DSJ3 version number. Verizon has also pushed a similar update for both the devices and served them with the October 2019 security patch.

The update weighs 162MB for the Galaxy S8 and it weighs about 146MB for Galaxy S8+. Note that the updates from AT&T are purely incremental in nature and does not bring any new features for either of the Galaxy devices except the October 2019 security patch. Moreover, the updates are still based on the Android 9 Pie as Galaxy S8 and Note 8 family will not be receiving the Android 10 updates. Besides, the October updates fix a lot of severe vulnerabilities of the Android devices which you can read in detail on Android Security Bulletin. 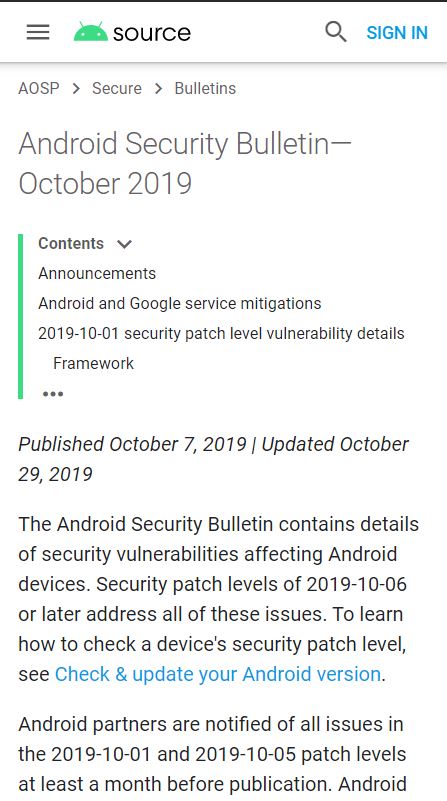 Below are the details of the updates received on both the devices along with the official changelog and the screenshots of the same:

Note that the updates are being pushed via OTA and will take some time in hitting all the devices. However, if you have not yet received the notification on your device then, you can head to Settings > System Update > Download and install for manually checking for it. If there is a new notification of the update then, you can tap on it to install.

Let us know in the comments below if you have received the update on your AT&T Galaxy S8/S8+ or not and what all new features apart from the above-mentioned ones, it brings for the device. Until the next post…Cheers!