Learning to type quickly takes some practice. If we can learn at an early age, then it will be a good skill to have. With every passing year, technology is getting more and more critical in the education sector. So it would be wise to train kids to type faster at an early age. We don’t need to introduce Microsoft Word to help kids to type more quickly. Kids like games, and there are many games out there that will help any kid-type at a faster rate.

It is not possible to list every typing game for kids as there are many. But we have compiled a list of the top five games that we believe will help any kid-type at a faster rate. These games are interactive and have quite attractive UIs that most kids will like. Typing will no longer be a chore for the kids, and they will learn on their own to type faster if they try these five games. So let’s take a look at this list. 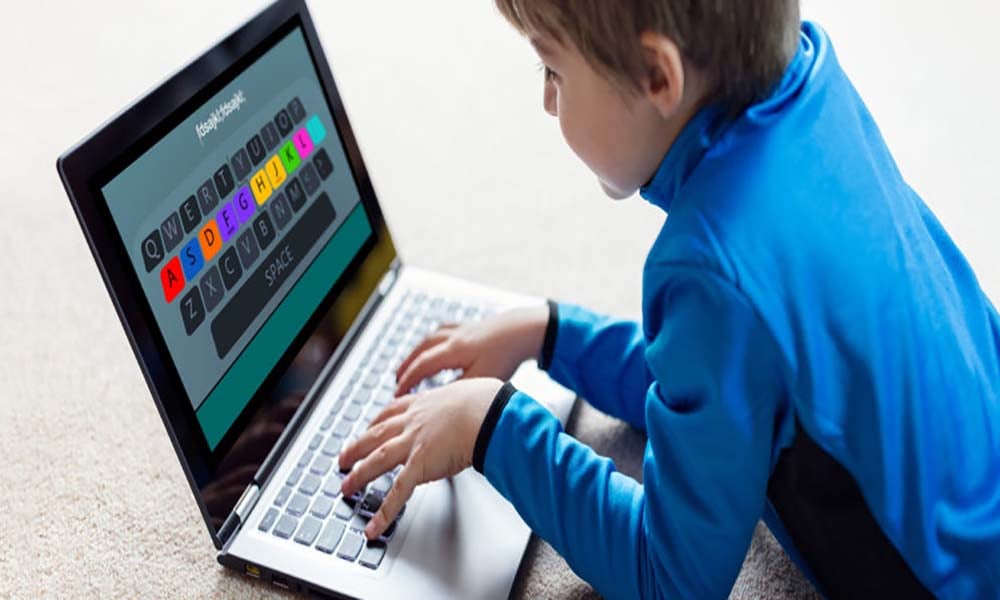 Top 5 games that will help any kid type faster:

Most of these games can be easily downloaded from their respective websites. We have included the website links with all these games to make it easier for you. 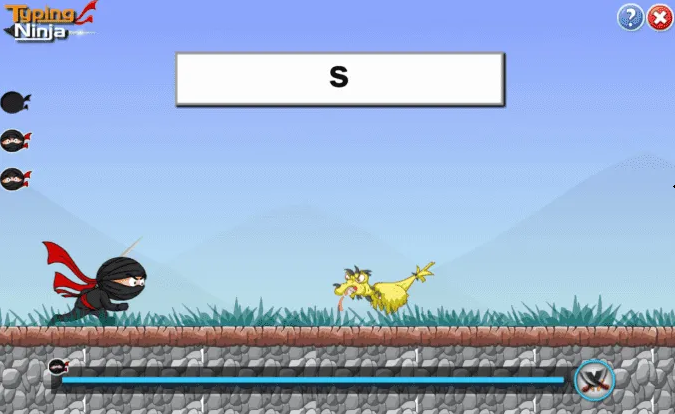 This is a game that will appeal to the younger as well as the older kids. Just as the name suggests, the interface has a ninja running around and defeating monsters on the way. To beat the monsters, the kids will have to type the words that show up in a box on the screen. Failing to do so in the given time will result in the death of the ninja.

In total, you get three lives, and if you are slow to type three times, then the game will be over as all the lives will be done. The interface of the game is simple with a ninja running in a straight path, but the UI is attractive for the kids, and they will indulge in the game quite quickly. 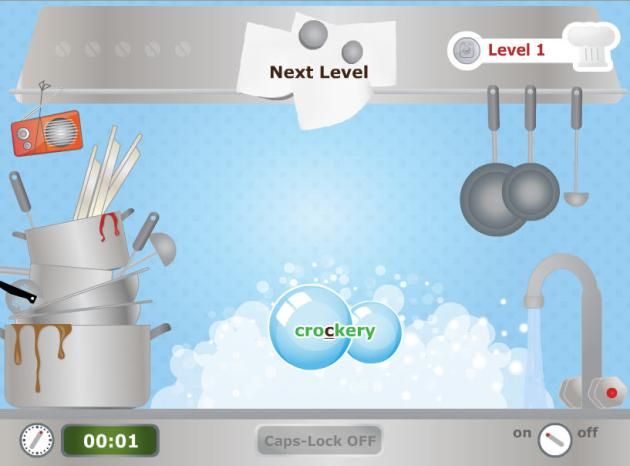 This game is a cooking based game. The player that is the kid will be an apprentice to a master chef. The master chef will give instructions for the different works that need to be done. To do the jobs successfully, the kids will have to type the words that show up on the screen. The words will move up and disappear. So the time to enter the words is also quite quick, and it will teach the kids to react faster.

In total, the kid will have a total of five lives, and if the kid is slow to type the words five times, then he will be fired from the job, and the game will be over. It is quite an exciting game, and most kids will quickly get involved in it. 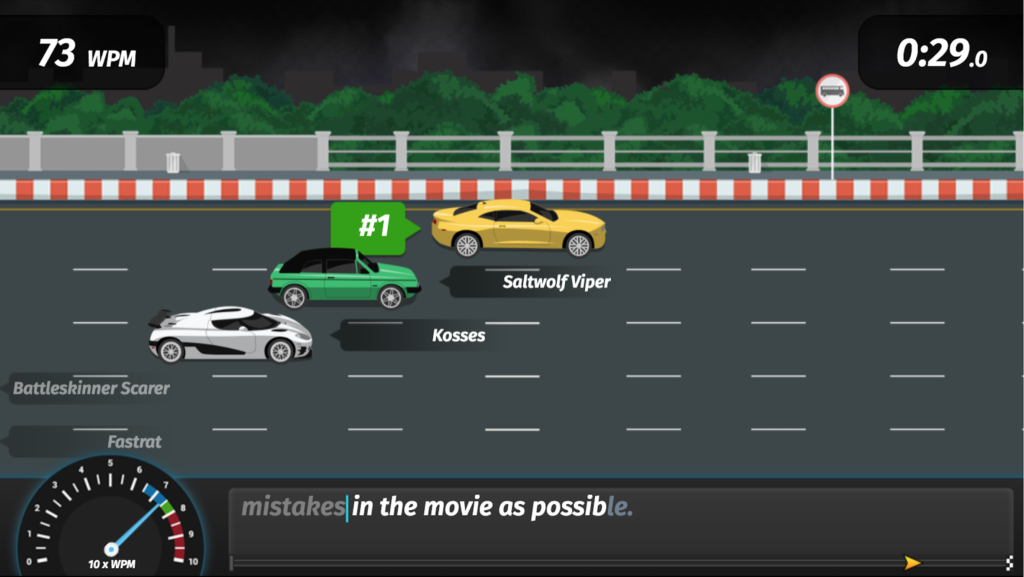 Most kids are into racing games. So this would be the best game to capture the interest of a child quickly. This has quite the UI and even has global players competing against each other.

In the beginning, the kids will be given sentences to type. The faster they type the sentence, the quicker the car will move on the track. The faster the typing speed, the more points a kid will earn. Using these points, kids can unlock more fancy cars. The kid can even compete with global players who will also be typing on the other end. This competitive gameplay will bring out the best in a kid to type even faster. 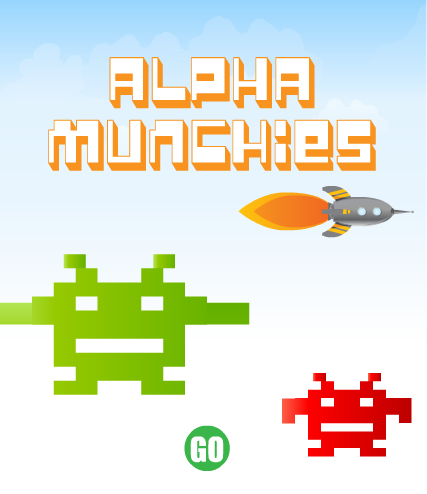 This has a minimal UI with a resemblance to the older video games that we used to have in the 90s. The goal of the game is also straightforward. The kids just need to bring down the flying and hungry alpha critters by quickly typing the words that show up at the top of these critters. Failing to type the words before they land will mean game over for the kid.

There are even two modes to choose from, expert and beginner. If you feel the kid is getting better at typing, then you can just switch the gameplay to expert, and the kid will get even better at typing than before. 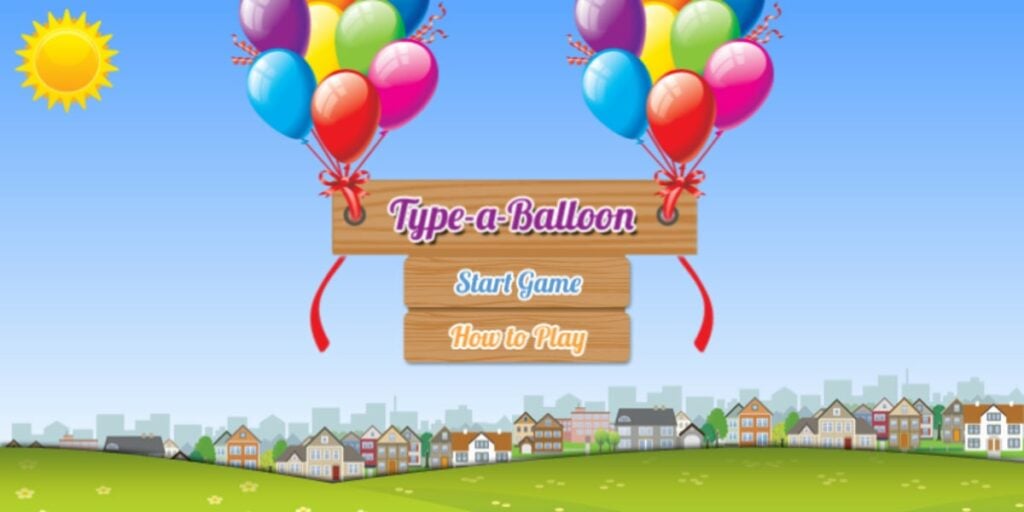 The game has simple gameplay. All a kid needs to do is pop the balloons before they all fly away. All these ballons have letters on them, and typing these letters will pop those balloons. There are even three modes of difficulty to choose from here. We get easy, medium, and hard. So the progress in typing speed will also be systematic with this game, and the kid will continue to learn through the different levels of difficulty.

This list is in no particular order. Choose whichever game seems the best to you according to the kid that will play it. If you have any queries with this guide, then comment down below. Also, be sure to check out our other articles on iPhone tips and tricks, Android tips and tricks, PC tips and tricks, and much more for more useful information.