Starting off, Rift Apart has also one of the best inventory of weapons and plenty of level upgrading options throughout the game. Just like the previous Ratchet and Clank titles, the latest one also offers standard and Omega weapons to choose from. Here we’ve mentioned all the Best Weapon Upgrade in Ratchet and Clank: Rift Apart that you can check out.

Although there are some of the powerful weapons available that are hard enough to use, you’ll get more benefits while using them in the gameplay. Obviously, you may say that Burst Pistol is one of the useful weapons in the Ratchet and Clank: Rift Apart title. We also prefer the Burst Pistol as a true weapon because it’s forced into the player’s hand during the celebration parade. 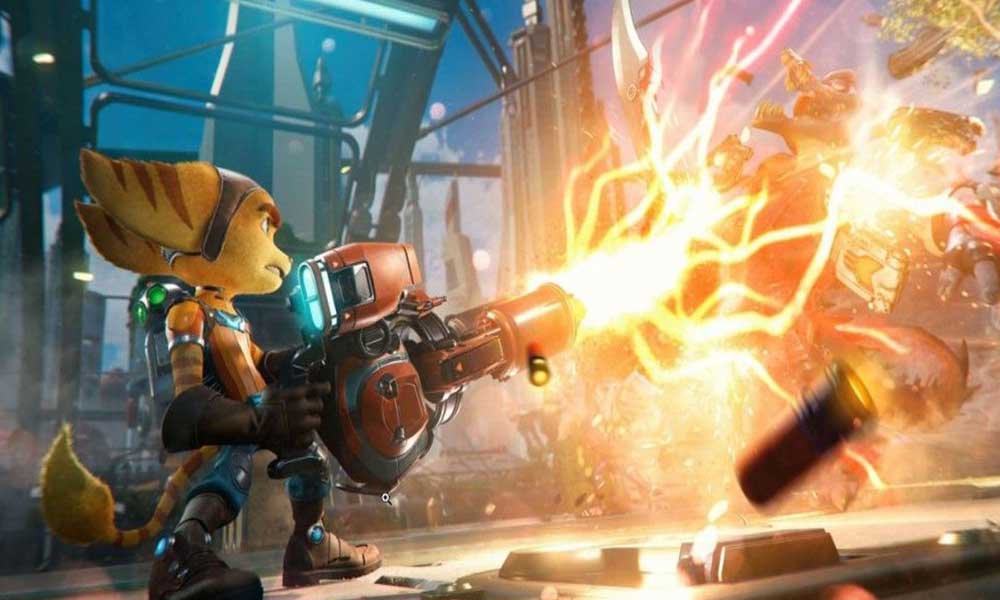 But when it comes to one of the best in class weapons to upgrade in the Rift Apart game, we’ll recommend you using the Enforcer. Yes! Right from the time when you start using Enforcer in the gameplay, you’ll notice that it’s the best and powerful weapon in Rift Apart.

It becomes more destructive and powerful after getting upgrades or leveling up the strength and features. Even your strongest enemies will fear you and get down quite easily if you use it wisely along with using character skills to save yourself.

Another biggest benefit of using this weapon is that it levels up quite faster than other in-game weapons which are really appreciated. If you don’t know how to level it up so quickly then just use it against the first boss and boom! The weapon level will hit maximum surprisingly.

Additionally, you should try using the Enforcer along with its upgrades like range and ammo quantity to hunt down your enemies much better even from longer distances than before. You’ll start enjoying the gameplay while using this beast weapon in no time. Obviously, you don’t need to worry about running out of ammo after upgrading it too.

However, as we’ve mentioned earlier that even using the Burst Pistol is good in the initial gameplay to shoot down your enemies by firing at them gradually. The additional upgrade can also improve your gameplay by reducing the health of enemies while shooting but the main drawback of this weapon is that it’s really slow.

Therefore, you may not be able to continue using it for a longer period of time especially during an intense fight or while facing the boss. According to plenty of Ratchet and Clank: Rift Apart players, it’s highly recommended to use the Burst Pistol for the group of small enemies and Enforcer for the bigger or powerful enemies.

That’s it, guys. We hope you’ve found this information pretty helpful. If you’ve any queries, let us know in the comment below.